Rogers, Nathaniel Sewall, of Newport, son of Nathaniel and Mary (Smith) Rogers, was born in Moultonboro, N. H., June 7, 1840. When he was five years of age his father moved to Newport Centre, where he commenced to clear and cultivate a farm, in the labor of which his son assisted, while pursuing his studies at the public schools. The father, at the age of fifty-seven, entered the army Oct. 1, 1862, in Co. H, 15th Regt. Vt. Vols., fighting in defence of the Union. On March 9, 1863, was taken prisoner by Mosby, at the time General Stoughton was taken, and confined in Libby Prison and finally exchanged, when he returned to his home completely broken in health.

During this period the subject of this sketch took his father's place, supporting the family during his absence. After his father's return, prompted by a conscientious desire to serve his country (having been prevented up to this time by illness), he enlisted Sept. 15, 1863, as a private in Battery M, 1st Vt. Heavy Artillery. Having been mustered into service in Brattleboro, Mr. Rogers first served in the defences of Washington, and subsequently, in the battle of Spotsylvania, was the first man wounded in his regiment, in consequence of which disaster he lost his right leg, and was discharged from the Montpelier Hospital Sept. 14, 1865.

At the conclusion of the war he returned to Newport Centre, and, having previously purchased his father's farm, continued to carry it on till the death of his parents. In 1880 he moved to his present village residence.

He was naturally a Republican, and as such has held many positions of trust. Was justice of the peace for fourteen years; and in September, 1892, was elected assistant judge of Orleans county.

Judge Rogers was united in marriage Sept. 25, 1866, to Mary E., daughter of Rufus and Philinda (Oaks) Whipple of Newport Centre. Three children were the issue of this marriage: Elmer C., Ernest S., and Jennie G.

Judge Rogers has been adjutant, chaplain, and commander of T. B. Alexander Post, No. 26, G.A.R., and for the past year held the office of assistant inspector department Vt. G.A.R. He has been connected with the executive committee, and teacher and member in the Sunday school of the Free Will Baptist Church, with which he united at the age of nineteen years. 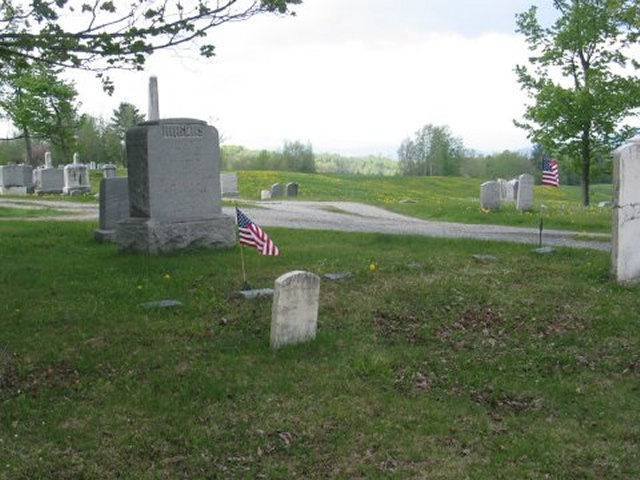 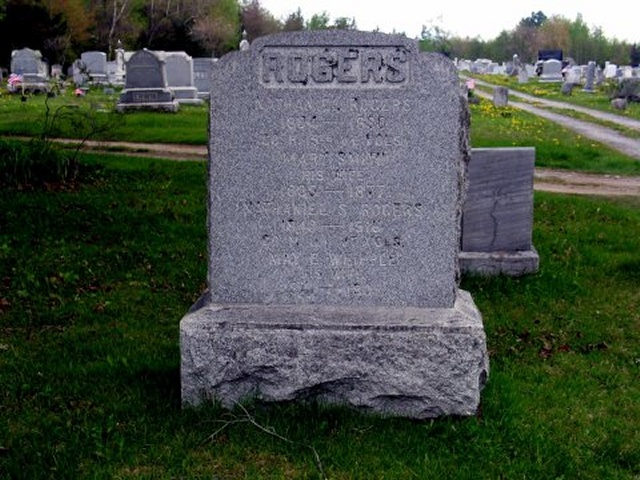 David W. Rogers is listed on the Civil War memorial in Derby. Nathaniel Sewal Rogers was a judge in Newport, and was also a commander of the GAR in Newport.

Rev. Rogers found the grave site of Nathaniel and Nathaniel Sewal Rogers, buried along with their spouses, in the Newport Center Cemetery.

I wish to thank all who have contributed to this website, making the information so easily available.