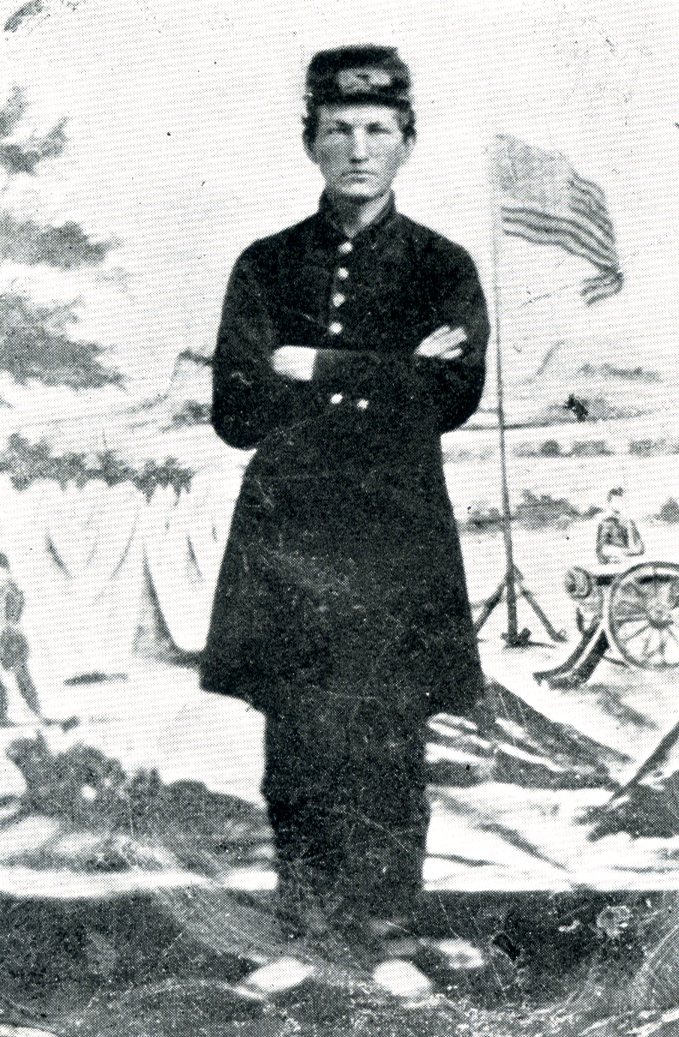 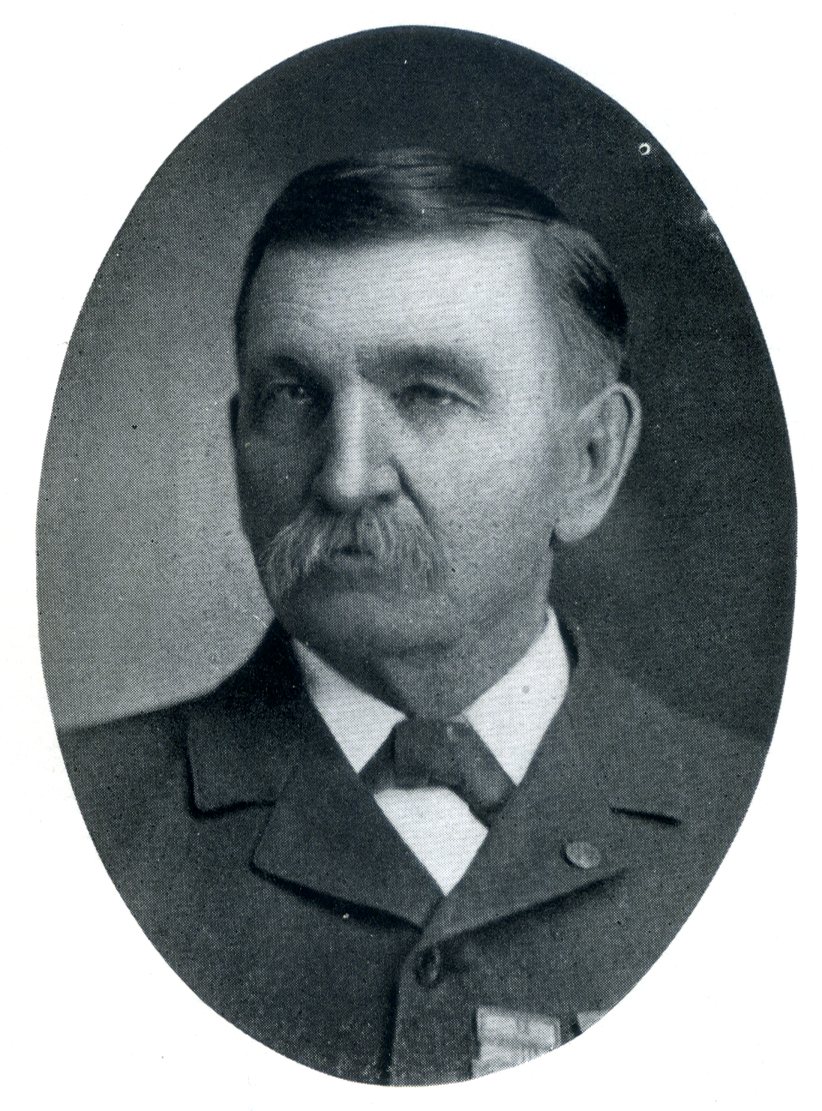 MYRON P. SCULLIN, private. Company D, 13th Regiment Vermont Volunteers, Infantry, born July 17, 1841, at Essex. Vt., enlisted at Colchester, Vt., Sept, 6, 1862. Mustered out at Brattleboro, Vt, Oct. 31, 1863. Was wounded at Gettysburg ,Pa., in Pickett's charge, July 3, 1863 by a musket shot in the ankle joint making a compound fracture. Right foot amputated July 17, at Newton's University Hospital, Baltimore, Md., from which I was discharged and sent to Vermont to be mustered out. When discharged from the hospital, Maj. C. W. Jones, surgeon in charge, told me that it was a most remarkable recovery, that I was the only one in that hospital from the battle of Gettysburg who had lived after having a limb amputated, that he had my foot preserved in alcohol and I could have it if I wanted it. At that time I did not want it, and he said that he would have it mounted and send it to the Medical Museum in Washington, and there I found it.

I was born on a farm and attended the common school of my own town. When I enlisted I was a mechanic. After the war in 1871 was employed as shipping clerk for the firm of Henry Johnson and Lord, of this city until 1887, since that time have not been engaged in any active pursuits. I am still living in Burlington. I am Past Post Commander of Stannard Post No. 2. G.A.R., of Burlington. A Past Grand of Green Mountain Lodge No. 1, I. O. O. F., of this city. A Past Chief Patriarch of Green Mountain Encampment No. 3, I. O. O. F., of this city and Past Grand Patriarch of the Grand Encampment of Vermont I. O. O. F.. and Past Captain of Canton Lafayette, No. 3. I. O. O. F., Burlington, Vermont Patriarchs Militant.

HE SEES IT FOR THE FIRST TIME IN THIRTY-SIX YEARS.

"Thirty-six years ago last July Myron P. Scullin of this city was fighting on the Gettysburg battlefield in company D, 13th Vermont Regiment, and during the three days' engagement was wounded in the foot and had a limb amputated just above the ankle. Last week in Washington Mr. Scullin found his lost foot and examined it for the first time since the surgeon's knife and saw separated it from the rest of his body.

"The story although apparently incredible is true. The foot or bones of foot are now on exhibition in the medical museum where such are kept in Washington. When the foot was amputated after the wound the surgeon suggested to Mr. Scullin that he preserve it. This Mr. Scullin did not care to do but owing to the peculiarity of the wound the surgeon preserved the bones and in time they were placed in the museum where their former owner saw them.

"Mr. Scullin accompanied the party which went to Gettysburg to attend the dedication of the 13th Vermont regiment's monument and later went to Washington with the intention at least of making a search for his lost foot in the museum where he had been told it was placed. On arriving at the Capitol he hurried away to the museum and after some search stood for the first time in 36 years with his two feet nearer than a mile apart. The bones of the foot are neatly mounted on a pedestal and are boldly placarded with the owner's name."

Burlington, June 1. - Myron P. Scullin, aged 64 years, unmarried, a veteran of the Civil War, and an Odd Fellow, died suddenly of apoplexy this morning. He lost his right foot in the battle of Gettysburg. In 1880 he was commander of Stannard Post, G. A. R., and had been adjutant of the post for ten years. He was a native of Essex and is survived by a sister, who lives in the West.