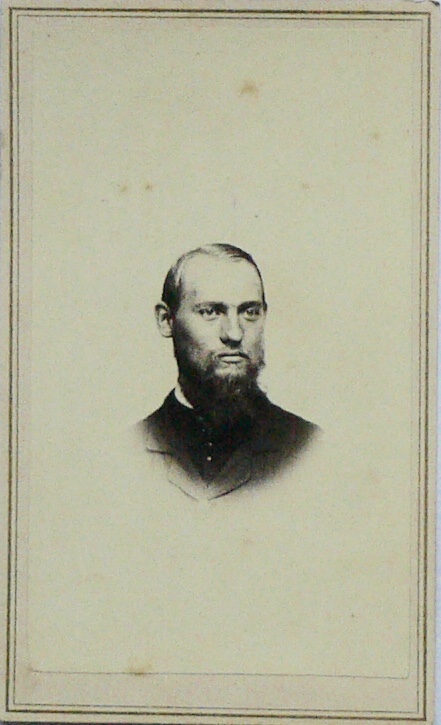 He received his preparatory education at Castleton Seminary, and then entered Middlebury College, where he graduated in the class of 1868. For the next four years he studied music and philology in Boston and Cambridge, and from 1882 to 1884 at the Royal Conservatory of Leipsic, in Germany.

Though scarcely emerged from boyhood, he was inspired with the enthusiasm attending the early outbreak of the war for the Union, and in 1861 he enlisted in Co. K, 1st Vt. Cavalry. During his service he was detailed as adjutant and as regimental commissary and in the latter part of 1863 acted as brigade ordnance officer on the staff of Gen. G. A. Custer. During Kilpatrick's raid he commanded a section of Battery C, 3d U. S. Artillery and had the satisfaction of shelling the rebel capitol. He was wounded and taken prisoner June 29, 1864, after having participated in most of the cavalry engagements of the Army of the Potomac in the campaigns of Pope, Second Bull Run, Gettysburg and the Wilderness. Exchanged March 1, 1865, he was commissioned captain of Co. K, and soon after brevet major for gallant and meritorious service during the war.

From 1868 to 1872 Major Higley taught music in Boston, Mass., and then accepted a professorship of German and Greek in Middlebury College, where he remained ten years. After his return from Europe, he was teacher of music and organist in Worcester, Mass. In 1886 he came to Groton School as Greek and German instructor and as choir master and organist, which position he holds up to the present time.

He married, June 2, 1870, in Middlebury, Jane S., daughter of Oliver and Jane (Shepard) Turner. They have one daughter: Margaret E.

The household of Rev. H.O. Higley was recently made glad at the appearing among them of their son and brother, Lieut. E. H. Higley, who went out as Sergeant in the Vermont Cavalry, and in July, 1862, was promoted to the Lieutenancy for honorable conduct in the field. For the nine months past he has been an occupant of southern prisons at Macon, Columbia, and Charleston, and was for some time under fire of the enemy at the latter place. He remains at home thirty days and then returns to his regiment to serve out the term of his commission, which expires next July.