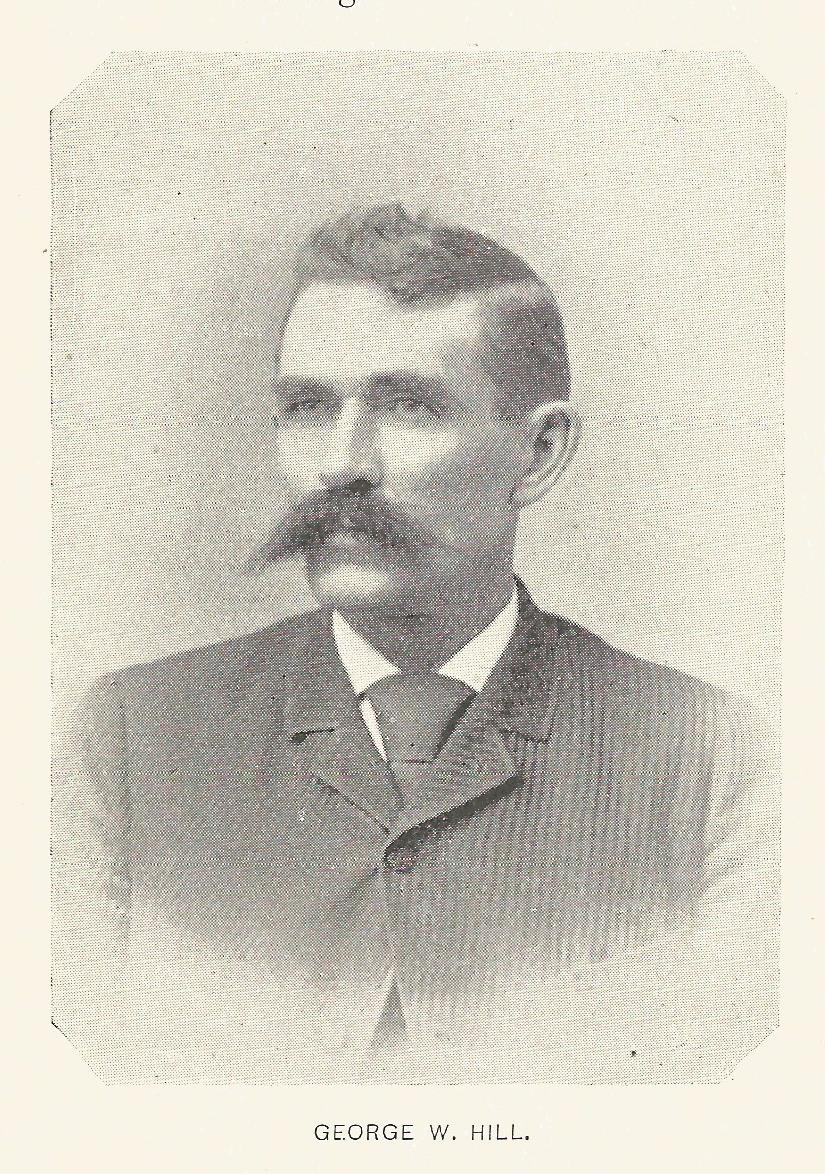 His father moved to Concord when George was three years old, and he received his education in the common schools of that town and of Lunenburg.

At the age of eight he had the misfortune to lose his mother, and five years afterward he left home and found employment in various places in Concord until 1856, when he returned to Lunenburg and there engaged in farm labor until his patriotic impulses led him to serve in the army of the Union. Enlisting in Co. K, 8th Regt. Vt. Vols., under the command of Col. Stephen Thomas, he shared in the vicissitudes of the Louisiana campaign. He was present at Boutes Station, Bayou Teche, Fort Bisland, Port Hudson, Donaldson, Winchester, Va., Fisher's Hill and Cedar Creek. Severely wounded in the first named engagement, he refused an honorable discharge and returned to his regiment. He entered the service a private, was promoted through every grade to 2d lieutenant, and as such returned with his company at the close of the war.

After the termination of the struggle Lieutenant Hill returned to Lunenburg, engaged in farming and finally settled on the place where he now resides.

He was united in marriage, Nov. 7, 1865, to Amanda M., daughter of Sylvanus and Martha Lane. Four children have been the fruit of their union: Harry S., George W. (deceased), Clara M., and Madge E.

Mr. Hill is an adherent of the Republican party and has repeatedly been charged with the responsibilities of many offices in the gift of his fellow-townsmen. He ably represented Lunenburg in the Legislature of 1890. He is a prominent member of Howard Post, G.A.R., and for three years was commander. He is noted for energy and perseverance, is a good financier and successful farmer.

The funeral of George W. Hill was held in the Congregational church, Sunday afternoon, July 2 at two o'clock. The G.A.R. and W.R.C. attended in bodies and after the sermon the impressive service of the Grand Army was held. Mr. Hill was commander of the post here, which position he has held for many years. The sermon was preached by Rev. W. L. Jennings, Rev. Charles W. Kelley assisting in the service. A mixed quartet and the Albion male quartet rendered musical selections. Kyle T. Brown and Miss Lucretia Breitling were accompanists. Mr. Hill was a well known and influential citizen, having represented his town in the lower branch of the state legislature and also having several terms as selectman, and one term as overseer of the poor. He had a brilliant military record in the Civil War, leaving the service as a lieutenant, and carrying in his body several leaden mementos of his brave deeds for his nation's flag. He has been a great sufferer for several years, always bearing pain with the same fortitude shown by him on the field of battle.

He was beloved by all who knew him, and the community feels the loss of one of its most useful and active citizens.

Interment was in the River cemetery, Howard Post holding a burial service at the grave. The funeral was largely attended. Hilltop grange of which he was a member sent a beautiful floral tribute of which there was a profusion. Among those attending the funeral were Mr. and Mrs. Frank A. Brewer and son and Mr. and Mrs. E. P. Lee of Concord, George W. and G. E. Lane and families, Levi Parker, Frank Grant, Thos. Ellis of Lancaster, N.H.; Dr. and Mrs. L. W. Hubbard of Lyndon; A. G. Gilson and wife of East Burke; S.L. Simonds and wife; Charles Lane and wife and Miss Josephine Lane of Littleton., N.H.