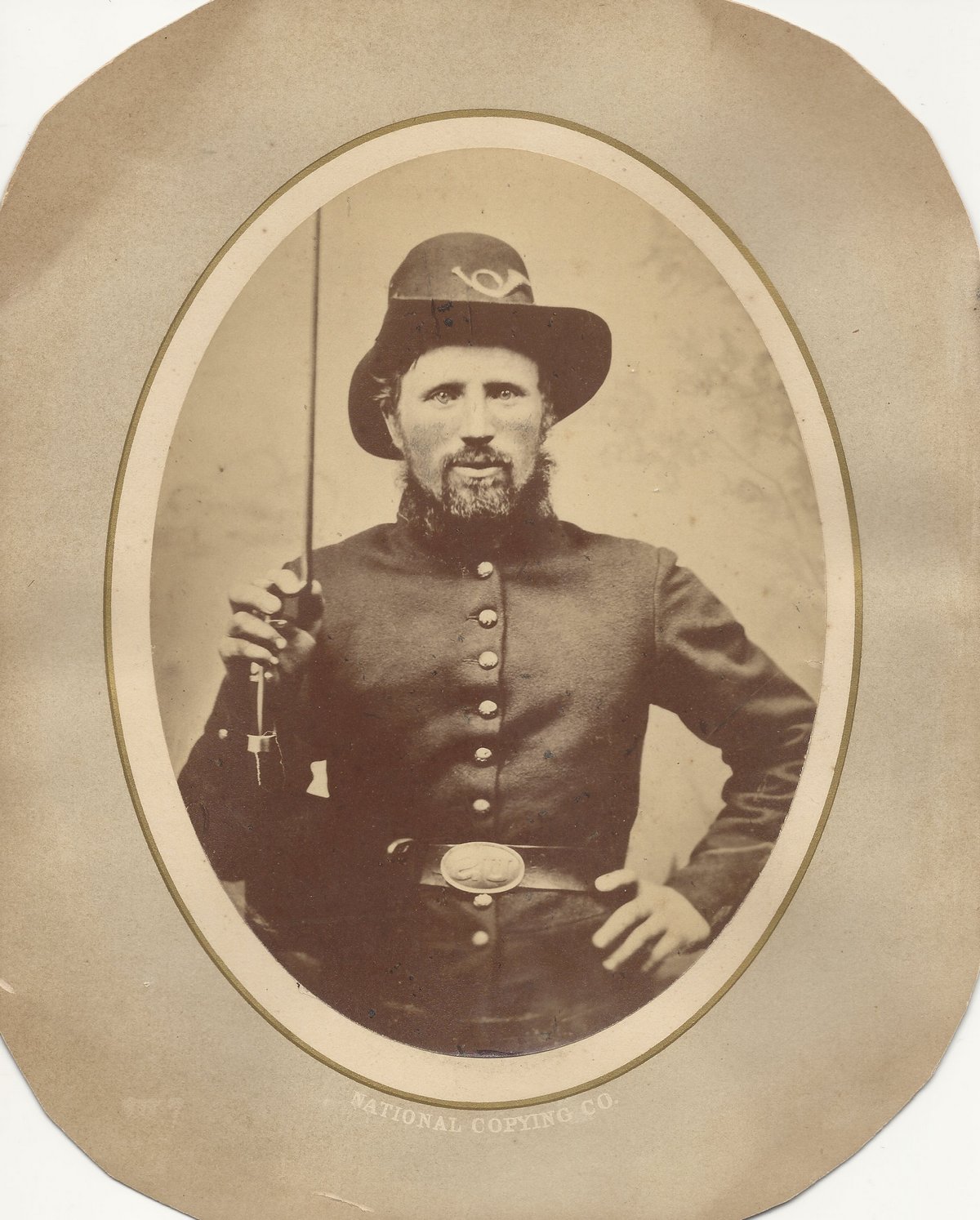 David Story was wounded at Savage Station, taken to Richmond, and then returned to the Union Army. He was transported on the steamer Daniel Webster arriving in Philadelphia, July 30, 1862, as reported in The Daily Green Mountain Freeman, Friday, August 1, 1862, page 2.

The actual battlefield of Savage Station is no longer a part of the Richmond National Battlefield Park. In 1996 I was able to drive out to the actual battlefield and there is a marker erected there. The marker reads "In the field beyond this marker was fought June 29, 1862, the Battle of Savage Station in which Confederate forces under command of Major Magruder attacked aggressively the rear guard of the Federal Army moving to James River. This was the third battle of the 7-day campaign."

Note: His brother, Isaac Sawyer Story also served, as a Private in Company I, 6th Infantry.

David Story 3rd left a wife, Cordelia Ann, and a son Franklin, age 6, and a daughter Hattie, age 1. Cordelia and the children would leave Vermont and move to New York. After 1870 they sailed from New York around the Cape of South America and into San Francisco Bay. From San Francisco, they took a boat up to Marysville, Yuba County, California where they got off. They spent a few years in Marysville before moving on to Gridley, Butte County, California. Cordelia married Joshua Stafford on 2 May 1880 in Gridley and she died on 16 July 1881. Franklin died on 3 July 1880 in Gridley. Hattie married Eli H. Sala on 27 October 1878 in Gridley. Eli and Hattie would have 5 daughters. Cordelia, Frank, Hattie, Eli, and many of their descendants are buried in the Gridley-Biggs Cemetery.

In reading a letter from my 2 great grandfather, David Story 3rd, a letter from Camp Griffin, dated February 27, 1862, written to his wife, he writes that he did something for the first time in his life and that was to dig a grave for Wilson Woodworth, the grave yard it (was) about 1/2 mile north east of Lewinsville on a little knoll shaded by a few trees, it is a pleasant and quiet spot. He continues that they felt bad to have him buried here but it cost 70.00 dollars to send him home and there was not so much money in the company.