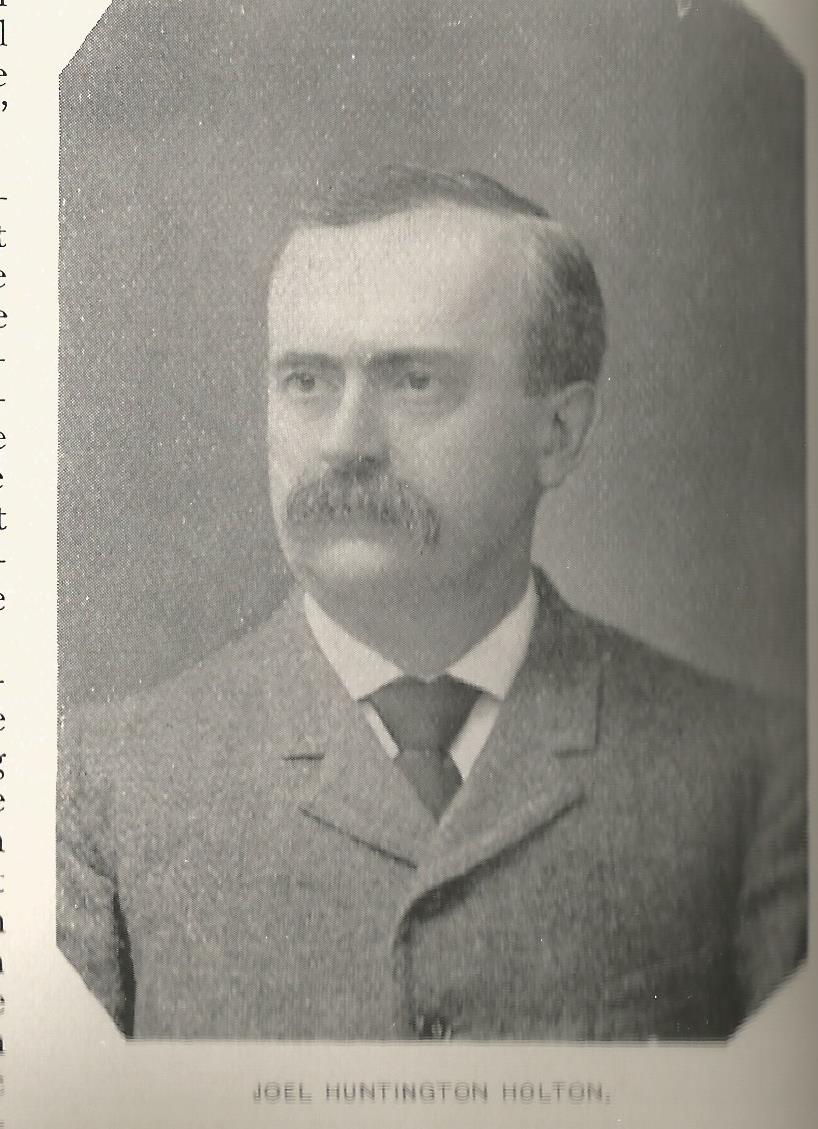 Holton, Joel Huntington, of Burlington, son of Erastus Alexander and Hannah Brainard (May) Holton, was born in Westminster, Nov. 15, 1841. He is a direct descendant of Kenelm, brother of Gov. Edward Winslow of the old Plymouth colony.

Mr. Holton obtained his education in the schools of Westminster and the academies of Barre and West Brattleboro. In 1857 he commenced to learn the trade of a silver plater and continued in this employment for five years, when, prompted by his patriotic impulses, he enlisted August 18, 1862, as private in Co. I, 12th Vt. Regt., in which organization he was promoted to the grade of sergeant, and served till the regiment was mustered out, July 14, 1863.

After his return from the army he was employed as clerk in a hardware store at Saint Albans; he then purchased a half interest in a plating and saddlery concern at Derby Line. In 1871 he removed to Burlington, where he formed a copartnership to do a wholesale and retail trade in hardware, saddlery and builders' supplies. He shortly became sole proprietor in the wholesale department, and is now the most extensive hardware dealer in Vermont.

A staunch adherent of the Democratic party, he has taken an active part in city and state politics, has been the incumbent of many important offices, was elected alderman from a strong Republican ward of the city, and nominated for mayor in opposition to the Hon. U. A. Woodbury.

He is commander of Stannard Post No. 2, G.A.R., and is much interested in G.A.R. work. He united with the Congregational church of Burlington, and is now serving his second term as member of its prudential committee.