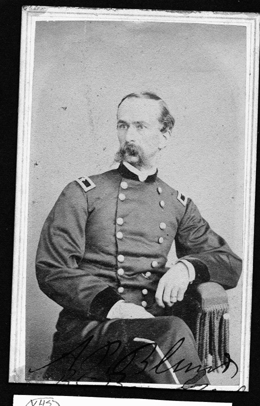 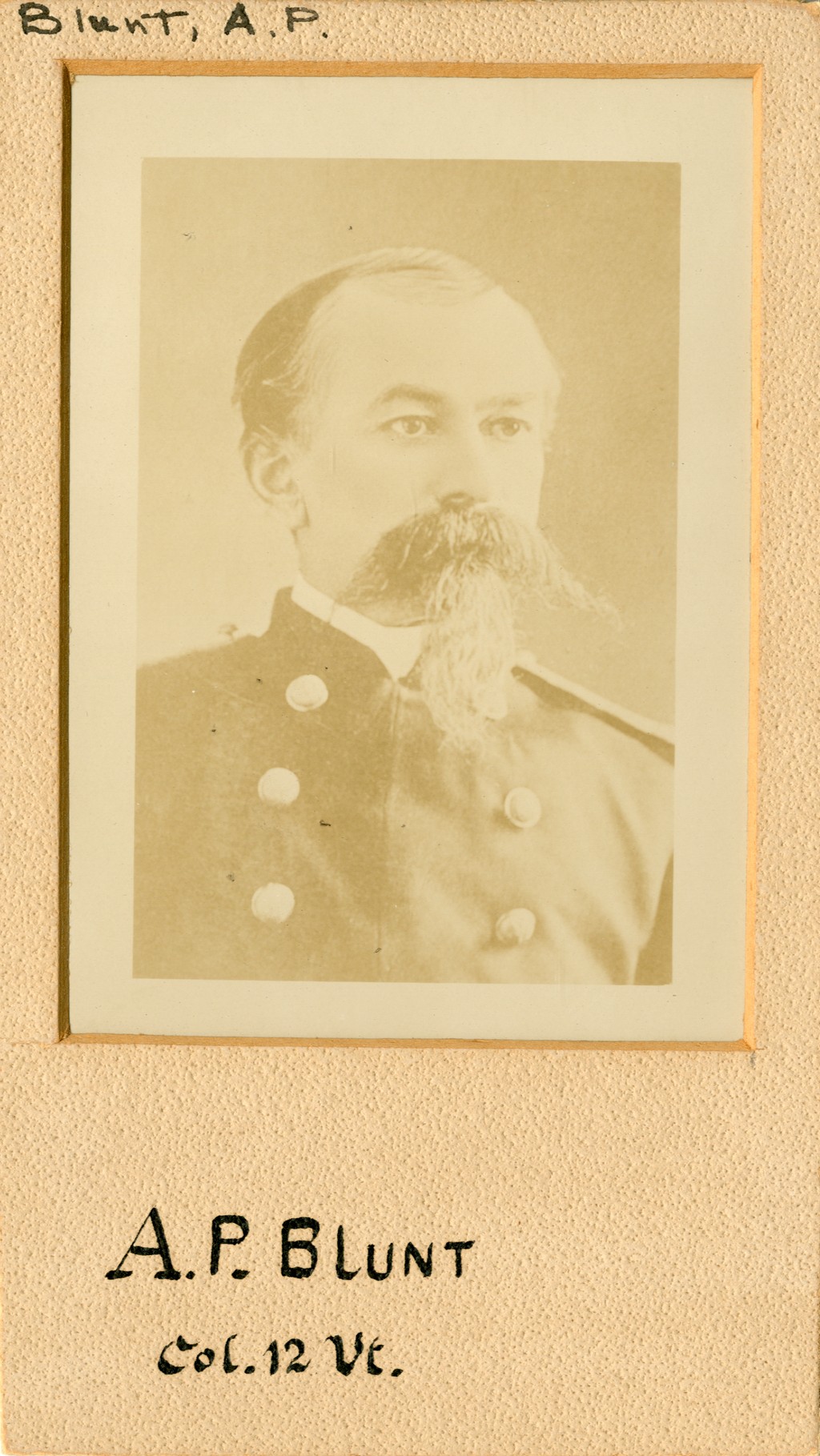 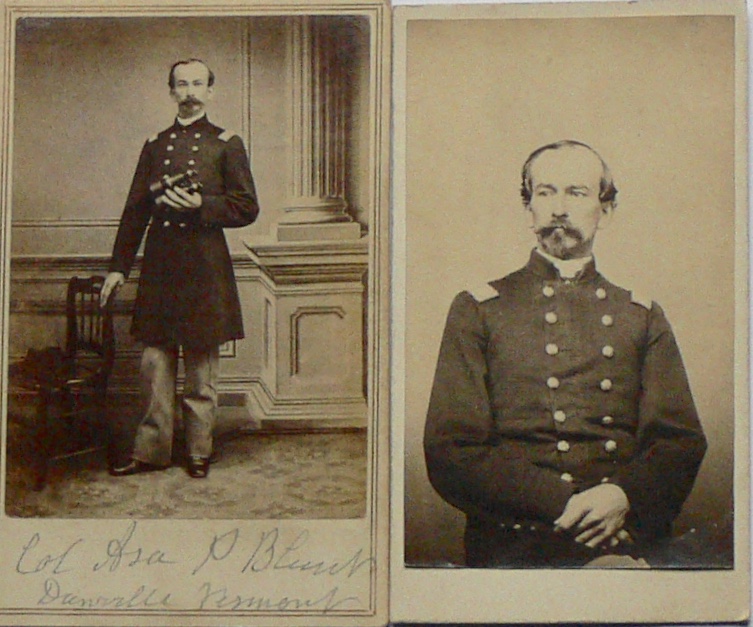 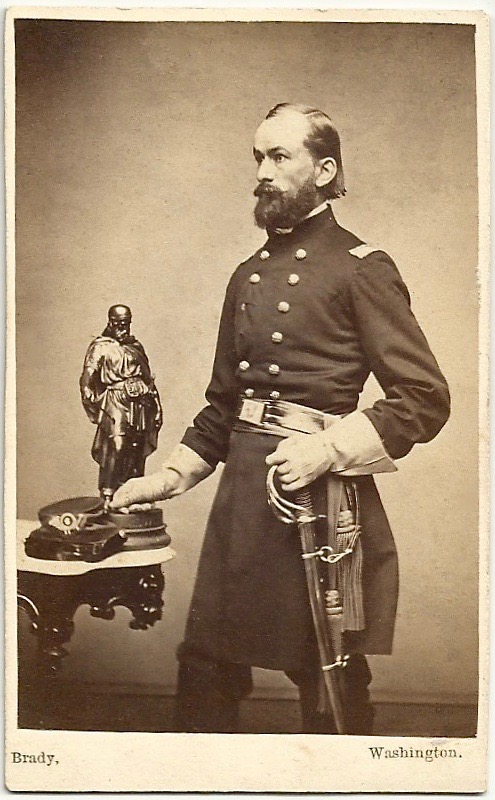 Asa Peabody Blunt was born in in Danville, Vermont, on October 19, 1826, but for many years preceding the war he was a resident of St. Johnsbury. At the age of thirty-four he entered the service of his country, to aid in suppressing the Rebellion. He was appointed Adjutant of the 3rd Regiment, June 6, 1861, and was mustered into the United States service July 16, 1861. Promoted Lieut. Colonel of the 6th Regiment, September 25, 1861. Promoted Colonel of the 12th Vermont Regiment, September 19, 1862, and Brig. General by brevet, to date from March 13, 1865. Mustered out of United States Volunteer service July 14, 1864. Col. Blunt, while in the Volunteer service, participated in engagements with the enemy at Lee's Mills, Williamsburg, Golding's Farm, Savage Station, and White Oak Swamp. Re-entering the military service of the United States, Col. Blunt was appointed Captain and Assistant Quartermaster, United States Volunteers, February 24, 1864, and ordered to Commanding General Department of Virginia and North Carolina for duty in Quartermaster's Department, April 25, 1864. Assigned to duty as Depot Quartermaster Army of the James, May 4, 1864. Commissioned brevet Brig. Gen. Volunteers for meritorious services in the field, March 13, 1865. Ordered to Norfolk, Va., as Depot Quartermaster, October 12, 1865. Commissioned brevet Major, brevet Lieutenant Colonel, and brevet Colonel Quartermaster Department, June 9, 1865. Ordered to Fort Monroe, July 14, 1865. Assigned to duty as Chief of Quartermaster Dept. of Virginia, also as Depot Quartermaster at Richmond, Va., in addition to duties as Chief Quartermaster, July 31, 1866. Appointed Colonel Quartermaster Dept., under act of July 4, 1864. Gen. Blunt was assigned as Chief of Quartermaster Dept. of the Potomac, August 23, 1866. Appointed Captain and Assistant Quartermaster United States Army, March 28, 1867. Commissioned bevet Major, brevet Lieut. Colonel United States Army, March 28, 1867. Ordered to duty in connection with the National Cemeteries in the valleys of the James and Appomattox rivers and south of Richmond, April 5, 1867. Assigned to duty as Chief Quartermaster First Military District, headquarters at Richmond, Va., April 11, 1867. Ordered to Washington, D.C., in charge of Lincoln Depot and the various National Cemeteries in the Department of Washington. Ordered to Charleston, S.C., as Dept. Quartermaster, March 1, 1869. Between 1877 and 1888 General Blunt was Commandant of the United States Disciplinary Barracks at Fort Leavenworth. Gen. Blunt died October 4, 1889, and is buried in Pine Grove Cemetery, Manchester, New Hampshire.

Gen. Asa P. Blunt died at Manchester, N.H., aged 62. He was born in Danville, Vt., served through the rebellion as an adjutant-general of the Third Vermont volunteers. From 1877 to 1888 he was in charge of the military station at Fort Leavenworth, and was department commander at Boston at the time of his death. He received his commission as major-general, United States Army, last Saturday.