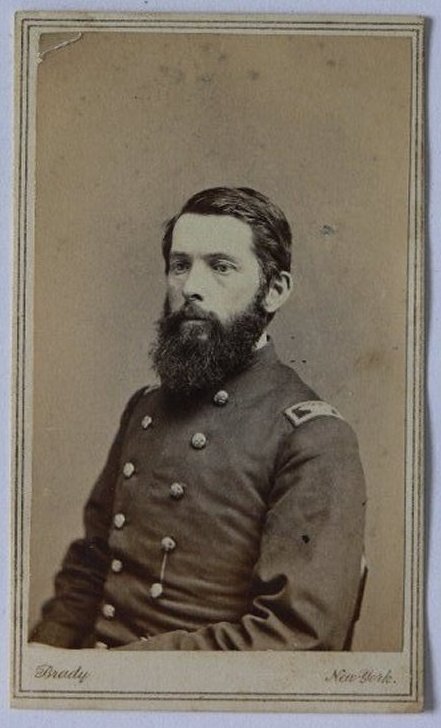 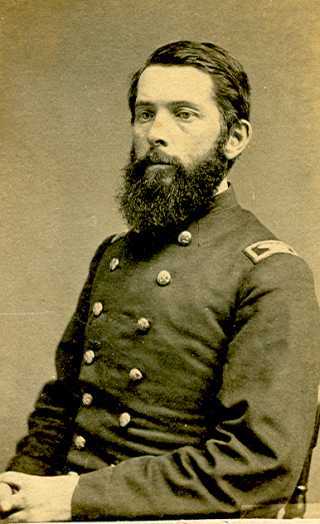 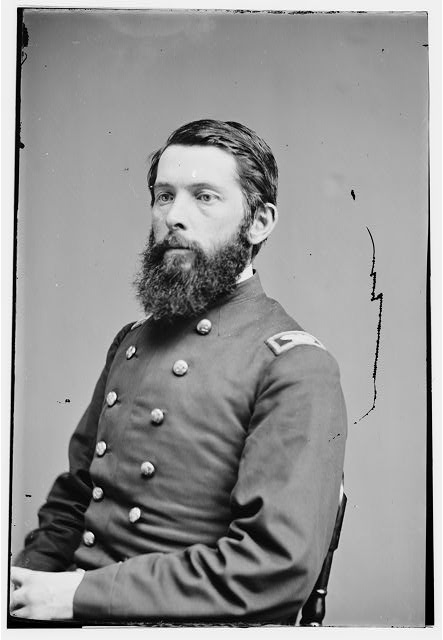 In early life, he began to go to the Sabbath school, and was strongly attached to this institution. As a son, he was ever kind, affectionate and obedient to his parents, and was greatly beloved by all who knew him.

At the age of 19 (1851) he went west to Dubuque, as clerk for his uncle, then engaged in the mercantile business, and after being with him a few years, he commenced the same business on his own account. In the year 1856 he was united in marriage to a worthy young lady at Dubuque. During the winter of 1857-58 there was an extensive and powerful religious awakening at that place, when both himself and his wife gave their hearts to Christ, and their names to the Methodist Episcopal Church. From that time he never faltered or wavered in his religious course. Constant and regular in his attendance on the means of grace, prompt and faithful in the discharge of religious duties, he has left behind him a grateful example of consistent, practical piety. His religion, as far as we can judge, was of the genuine Christian stamp. His was not the piety represented by the rush and roar of the torrent that continue only while the rain and storm last- but a well, springing up and filling the deep fountains of the soul with the clear, calm, sparkling waters of eternal life - it was a steady piety, fed from a living, exhaustless source, and impelling to the regular, uninterrupted duties of the Christian life in all internal frames of mind. In the performance of his duties he was entirely free from anything that savored of self-esteem or officiousness. He had learned of Him who is meek and lowly in heart.

Col. Barney was a young man of promise, kind and affectionate in all his deportment. He breathed a spirit of love and gentleness wherever he went. His heart seemed formed for friendship.

He was greatly beloved by all the subordinate officers and privates of his regiment, and was regarded as a judicious, efficient officer. In the family, as in the more public walks of life, his conduct was dignified; yet mild, correct, affectionate and tender. The health of his wife failing, and she feeling a great desire to be with her friends residing in the East, he closed up his business at Dubuque and returned to Swanton in the spring of 1859. In the autumn of that year his wife died, having an infant son who has ever since been under the care of his grand parents. Since his enlistment into the service of his country, he was untied in marriage to Miss Martha Blake, daughter of Jos. Blake, Esq., of Swanton, Vt., who is now left to mourn his untimely death.

Impelled by a sense of duty, he was among the first who entered the country's service. He became attached to the 6th Vt. Regiment - was chosen captain of Co. K, and for two and a half years done and suffered what he could for the cause of justice and humanity.

At the battle of South Mountain he was severely wounded in the head. Supposing death certain, he said to his soldiers.: If you see any of my friends, tell them "I died at my post.” This wound, however, did not prove fatal, and in about two months was able to resume his command. October 15, 1862, he was promoted to the majority of his regiment, and on the 18th of December following, he was promoted to be Lieut. Colonel; - and March 18, 1863, he was further promoted to the colonelcy of the regiment.- The history of the regiment since he has been in command is generally known. It has a record for discipline, bravery and efficiency second to none.

On Thursday, May 5th, in the afternoon, the Old Vermont Brigade with other troops were ordered forward to engage the enemy in the ‘Wilderness.” In the midst of the conflict, about 4, P.M., Col. Barney fell wounded - a minie ball having pierced his head near his right temple. He was at once removed to the hospital in the insensible. He continued in this state until the bullet was extracted, some 24 hours after being shot. On its removal he at once came to his senses. He made inquiry of Adj't Lincoln, who attended him, if he had written to his wife; which was replied to in the affirmative. - He then expressed a hope that he would recover and see her again.

He was placed in an ambulance and there was compelled to remain for 48 hours carried over rough roads until they reached Fredericksburgh where hospital accommodations were procured. - During this time he was inclined to stupor, but was sensible on being aroused, and spoke occasionally of the pain of his wound. On Sabbath morning he seemed much better, and he expressed a hope, that if he could get to Washington, to the house of his friend, Mr. Cook, and have his wife come and nurse him, he might yet recover. His friends, then with him, also cherished strong hopes that he might survive. But they were doomed to disappointment - for soon after he began to fail fast. A fever succeeded, and he lay in an almost unconscious state until Tuesday, when the angle of death released him from his sufferings. His body was embalmed and sent home to be buried by loved ones among the Green hills of his own native state.

Col. Barney had participated in 14 battles. One of the most severe conflicts in which he ever engaged was that of Fredericksburgh, May, '63. On the 2d day the rebels succeeded in getting into the rear of our army - made a charge upon, and drove our first line. On this day the gallant 6th made a charge upon the enemy and captured some 300 or 400 prisoners, including two colonels, one majors and several other officers. The sword of Col. Lewis, 7th La., was surrendered to Col. Barney and sent home as a trophy of victory.

In the last letter addressed to his wife (previous to going into battle) he says: - "My hope and trust are firm in my Saviour, and I feel strong to go forth this time. It may be my lot to fall in this campaign; but I thank God that Christ has died for me, and if I am never again permitted to return to my home and those I love, I believe we shall meet in that bright world above.”

He gave his life to the sacred cause of his country: the offering was accepted: his work is done, and his memory is blessed.

May God comfort the bereaved family. May He be their friend and guide through all the journey of life, and at last received them to Himself where all tears shall be wiped away.

Elisha L. Barney, colonel of the 6th regiment, when the war broke out, was a merchant, doing business in Swanton, and was associated in trade with Col. Albert B. Jewett, under the firm name of Jewett & Barney. He was mustered into service captain of company K, 6th regiment, Oct. 15, 1861; wounded Sept. 14, '61, promoted major Oct. 15, '62; lieutenant-colonel Dec. 18, '62, and colonel of the regiment March 18, '63. In the terrible battle of the Wilderness, where the greatest havoc of the war was made in the "Old Vermont Brigade," while gallantly leading his regiment against the enemy, May 5th, Colonel Barney was wounded, and died of the wounds at Fredericksburg, Va., May 10, '64. Many other officers and men from Vermont have distinguished themselves in the service, but few have written their name so high upon the scroll of fame. Col Barney was an honor to his State; jealous of her good name, he honored his commission and was the pride of the"Old Brigade." He was a good disciplinarian, a soldier of undoubted courage and discretion, a christian gentleman; the men of his commanded honored and respected him. His remains were brought to Swanton for interment, and the citizens testified their high respect for his memory in the largest funeral gathering ever assembled in town. Col. Barney was 32 years of age, at his death.