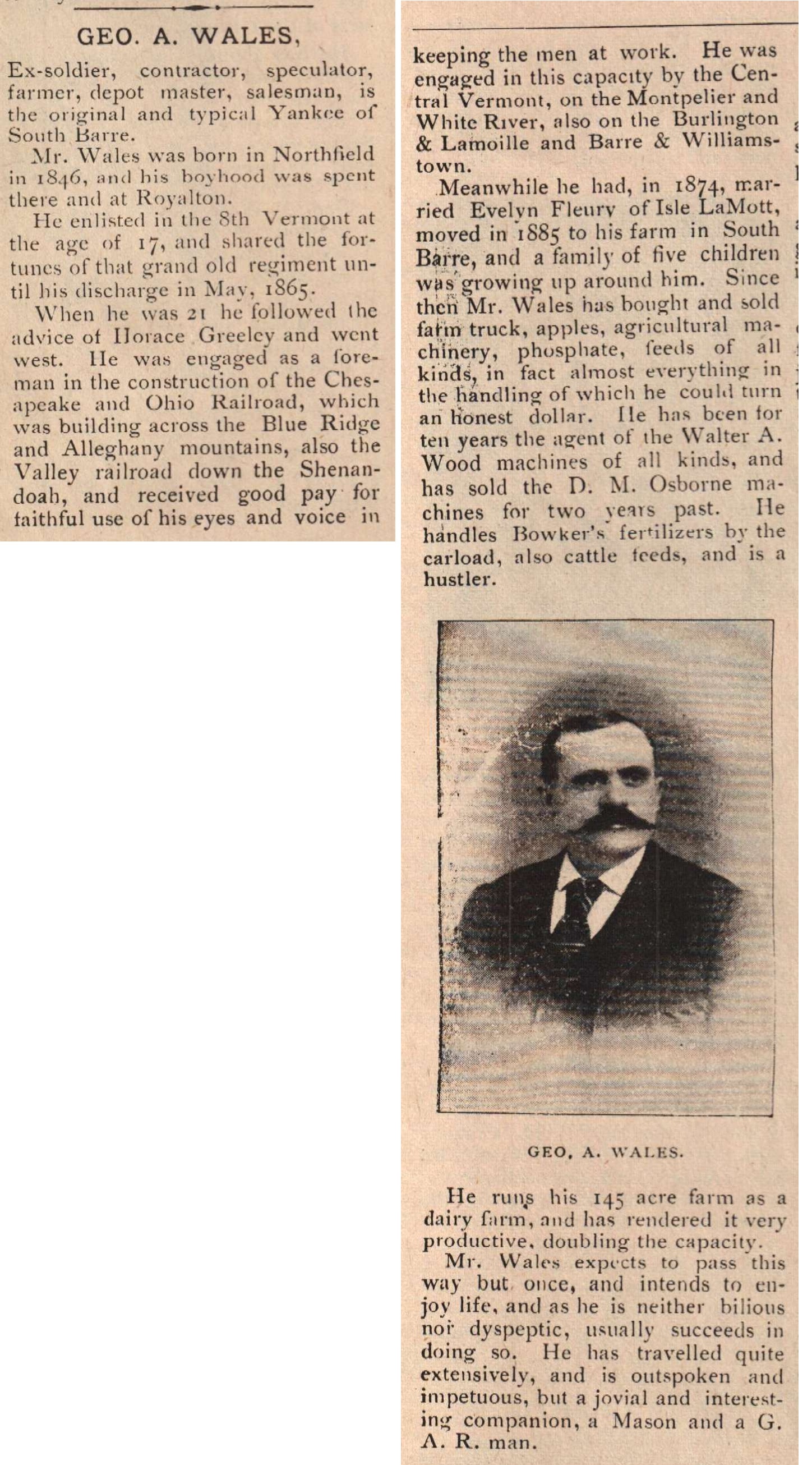 Death of Charles B. Mead. – Editor Rutland Herald, – I am but recording the fate of thousands when I announce the death of this young patriot and soldier. He was the eldest son of Mr. A. J. Mead of this town, and eminently worthy a passing notice. He was shot through the head while on duty near Petersburg, on the 17th inst., and was with a younger brother at the time of his death to whom, with four others detailed for the purpose, was assigned the painful duty consigning him to his last resting place, which was done at about 10 o'clock on the evening of his death. Slowly, sadly, and lonely they bore him forth, the silence and darkness of the night adding the deepest solemnity to the occasion.

It is here befitting to add the motive which actuated the mind of this young man, so prematurely gone, prior to his enlistment. In the early summer of 1862, his mind was at times deeply impressed with convictions of duty in reference to his country, but his duty was not clearly defined until after the President's call for 100, 000 more men, when he and his brother enlisted themselves as defenders of the stars and stripes, under whose significant folds he has been reared. Said he, prior to his departure, “ I feel it to be the duty of every man, of sufficient strength to combat the foe, to enroll himself as a defender of his country's cause, - for to stand back in stolid indifference is but the exhibition of cowardice, and the essence of treason itself.” These were the impressions which actuated this youthful hero to leave the comforts and quietness of home ans face the dangers and trials of camp life.

As reverently sacred as we shall cherish his memory, we at the same time have suffered an irreparable loss. Governed as he was by every motive to a moral life, his superior intelligence had already placed him high in the scale of social life, although he honorably yielded it up at the early age of twenty years.

So let him sleep beneath the sod,
Where rest the good and brave,
And humbly let us kiss the rod,
He fills an honored grave.