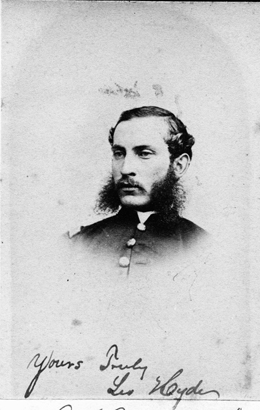 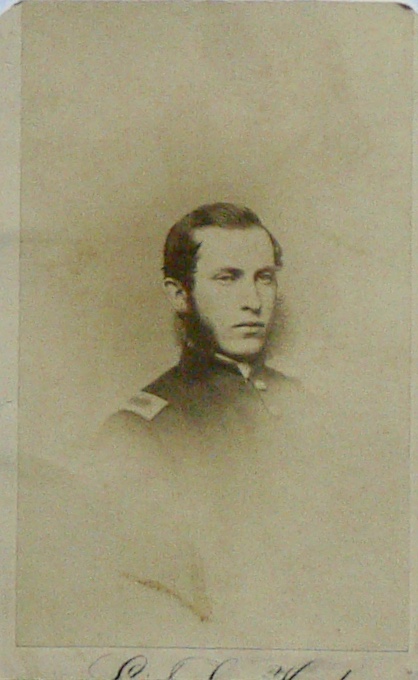 THE FOLLOWING IS FROM SERGEANT-MAJOR LEO HYDE, TO HIS SISTER, IN THIS VILLAGE

DEAR SISTER --- Since I last wrote you, we have had very lively times. On the night of the 3d, we crossed the Chain Bridge and advanced into Virginia three miles, the farthest outposts of our pickets, where we slept on our arms until morning, the rain pouring down in torrents. When I unrolled myself from my blanket in the morning, imagine my surprise to behold the field all around covered with Infantry, Cavalry and Artillery. But I was not long left to contemplate for we were ordered at once on fatigue duty, which consisted of falling trees and throwing up breastworks which was soon completed. We are working very hard, not a day passes but our men are either of fatigue duty, picket-guard, or detached as scouting parties. We had quite a little brush with the rebels, an imperfect account of which I have seen in some of the papers. The Vermont 3d was particularly engaged.

A lieutenant of our regiment went back after the dead and wounded, and found two of our own and two of the Indiana regiment dead. One of our regiment was so badly wounded that he could not be moved, two men were left to take care of him. The rebels returned in the night, stripped the wounded of their clothing and taking prisoners those left with them. We have not heard from them since. They even cut the buttons from one soldiers coat which was too much worn to be of any service to them I am glad that Benton and Samuel Sumner are coming, they are to be in our Brigade.

I think you must be misinformed about Lieut. Whittemore, he has not been promoted to Adjutant. Noyes is very well, looks better than I ever saw him. I was never so hearty as now, have gained six or seven pounds; the climate agrees with me well, but I have a lame neck, the effect of a shell that burst so near my head as to throw me down, the concussion lamed the cords in my neck --- concluded, the rebels were pretty good marksman.

Direct as before, we have regular mail to and from Washington.