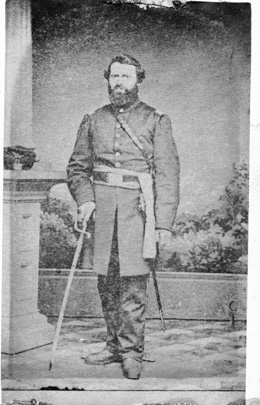 FROM THE 8TH REGIMENT

Mr. Editor --- Sir --- Our regiment started yesterday about noon from Brattleboro for this place. The citizens gathered in large numbers to see us off: and after some little ado we all got aboard the train, and soon after were whirling over the road towards New Haven. The citizens all along the way manifested the greatest enthusiasm, by cheering and waving their hats and handkerchiefs. At Northampton several barrels of crackers, of excellent quality, were placed onboard the train for us; and at Springfield, as we neared the station, the thunder of cannon and the loud huzzas of a multitude of people greeted our ears. After the train stopped basket after baskets of provisions were distributed, and we were made to feel sensibly that the citizens of Massachusetts appreciate every effort put forth to crush the rebellion. God bless them; we shall remember them with the liveliest emotions of pleasure.

We arrived at New Haven about 22 o'clock, where we embarked for this place on board the steamer "Granite State." At about six this morning we arrived at this harbor.

Leaving a place where the snow was from three to four feet deep and finding ourselves the next morning where none scarcely can be seen, seems curious to some of the boys, who have never been accustomed to such things.

Our regiment is safely quartered on board two sailing vessels in this harbor, ready to sail at any moment when we shall receive orders to "weigh anchor." We have two good, serviceable ships in which we have embarked, and although the accommodations seem a little straightened to men who have always roamed where they pleased, yet I am informed by Col. Howe of this city, that they are very much better than most of the regiments have had which have sailed from this harbor. The officers of the regiments were invited last evening to meet the sons and daughters of Vermont, resident in this city, at the metropolitan Hotel. A splendid entertainment was provided for us, and we were cordially welcomed by all present. A very nice badge was given each of us, on which was printed, "Welcome, Sons Of Vermont." The Coat of Arms of the State was also stamped on the badge. A band was furnished to discourse the sweetest music on the occasion, and while they were thus employed, we were doing ample justice to the viands and luxuries so kindly provided by our friends. A pleasing feature in the festival was this --- each officer was taken by the arm by a "friend" as we went to the table, who took great pains to render everything pleasant and agreeable.

The soldiers were remembered by our noble friends, and we learned that several loads of oranges were to come up today for the noble sons of Vermont, who are willing to leave home and friends to maintain the principles of the Constitution. The assembly broke up about 11 o'clock, and we separated, each to live over time and time again, in imagination the pleasures of the evening. The weather is very pleasant today, and we enjoy the fine sights very much, and expect to sail soon. Rumor has it that the 7th Vermont will be here tomorrow.