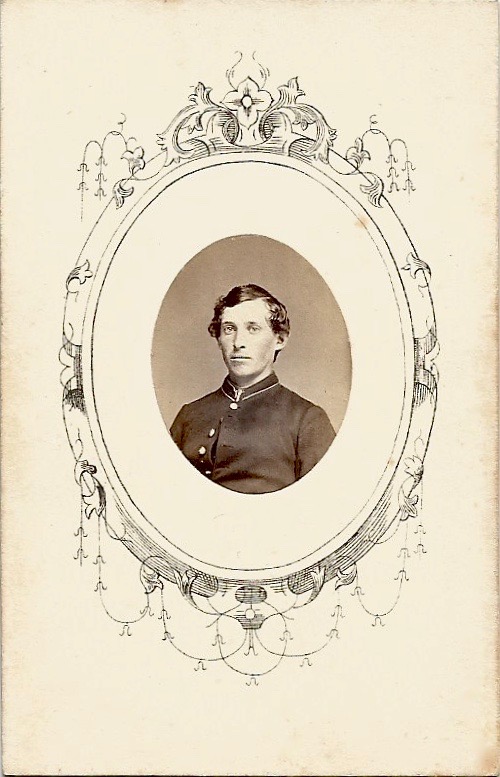 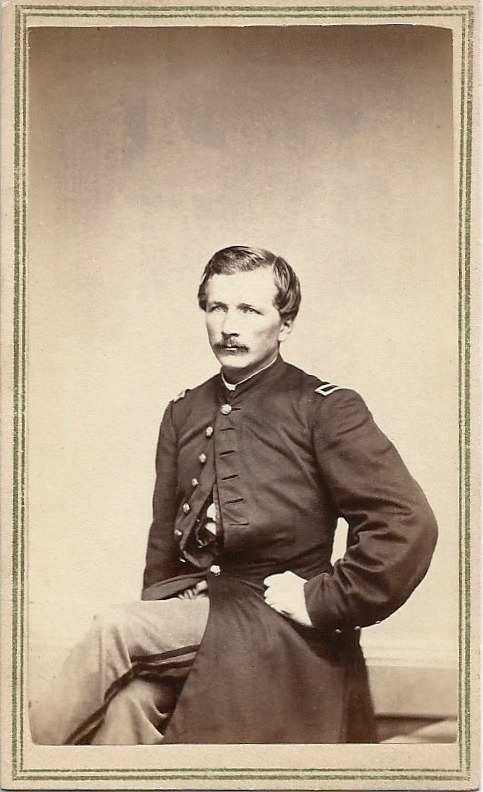 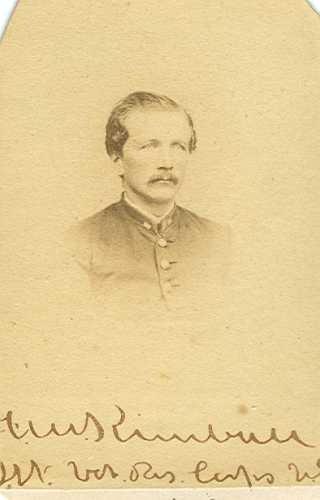 Frederick Marius Kimball was born in Barton, Vt., June 14, 1840, son of Frederick White and Mary Hinman Chadwick Kimball. He was educated in the Orleans Liberal Institute at Glover, taught school for several years, and was studying law when the Civil War started.

He enlisted as 1st Sergeant, Company D, 6th Vermont Infantry, participated in no fewer than 23 battles, and was twice wounded, first at Banks Ford on May 4, 1863, and later at Funkstown, on July 10, 1863.

Incapacitated by his wounds at Funkstown, Kimball was discharged on October 22, 1863, but shortly after received a commission as 2nd Lieutenant in the Veteran Reserve Corps, and was soon promoted to captain. After the war he served in the Freedmen's Bureau in Virginia, and was finally discharged January 1, 1869 after seven years and three months of government service. In September 1869, he moved to Cameron, Missouri, where he engaged in business pursuits, also serving as acting mayor and postmaster for a time. He spent three years in Colorado in the real estate business, then returned to Missouri, and in July 1892, moved to Topeka, Kansas. In 1912, he was vice-president of the Kansas Building & Loan Association, of Kansas City, and president of the Security Mining Company, of Idaho.

He was married Sept. 27, 1863, to Susanna S. Hoyt, daughter of Joseph and Mary Vinal (Perry) Hoyt. The couple had four children, Carl Willis, Mary Gertrude, Claude Frederick and Maude Inez. Both Frederick and Susanna had four great-grandparents who served in the Revolutionary War.

Captain Kimball was commander of the Joe Hooker Post, Grand Army of the Republic, at Cameron, MO, for a number of years, and was a member of the Lincoln Post, No. 1, at Topeka, KS. He was a Knight Templar Mason, and a member of the Sons of the American Revolution. The Kimball family were members of the Episcopal church.

He preserved a significant amount of material, which is being transcribed and scanned by a descendant.

Letters to the Editor