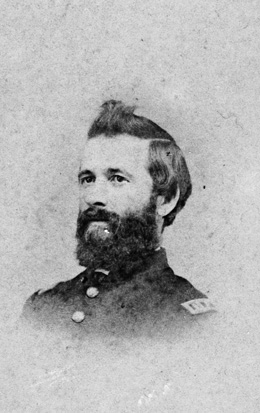 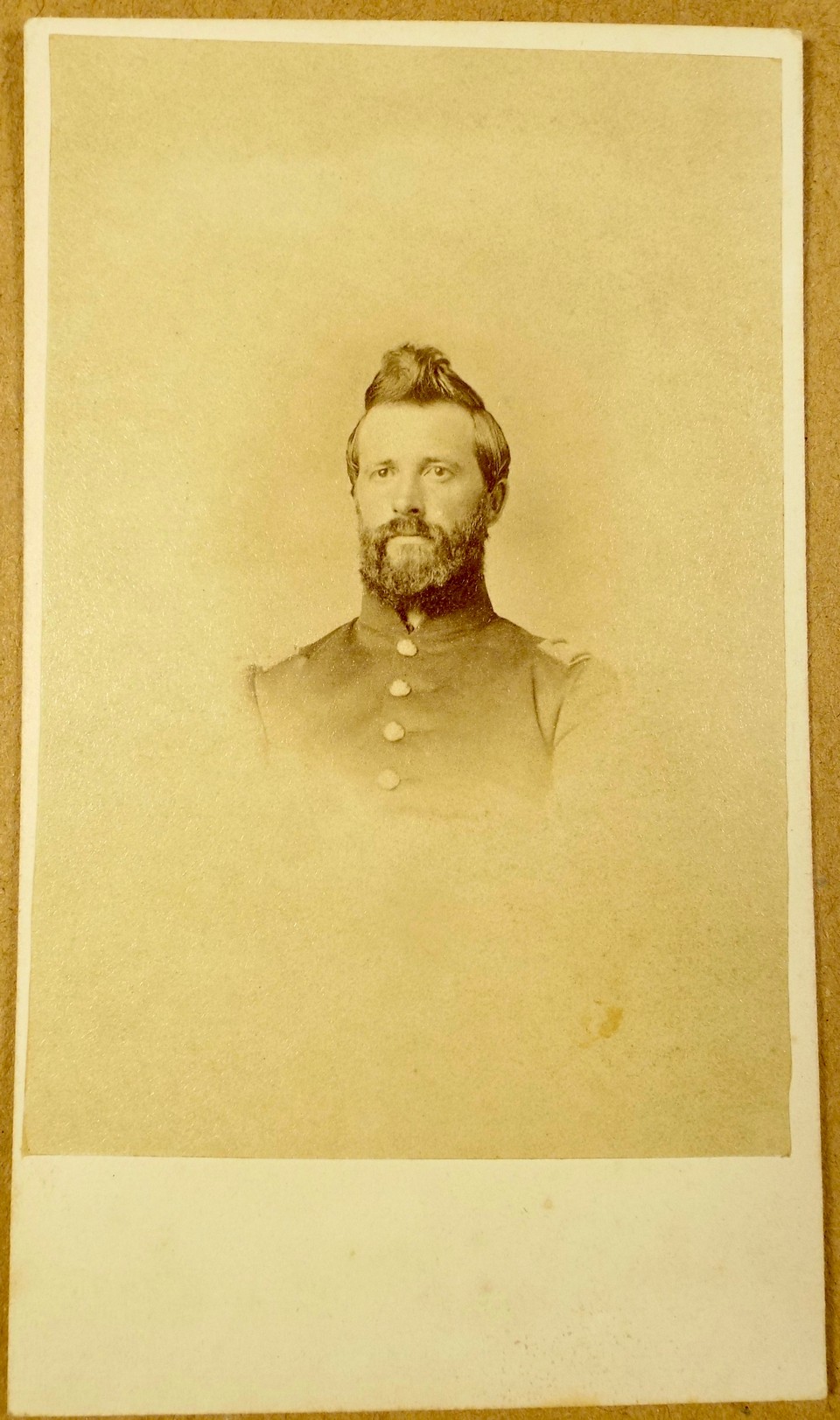 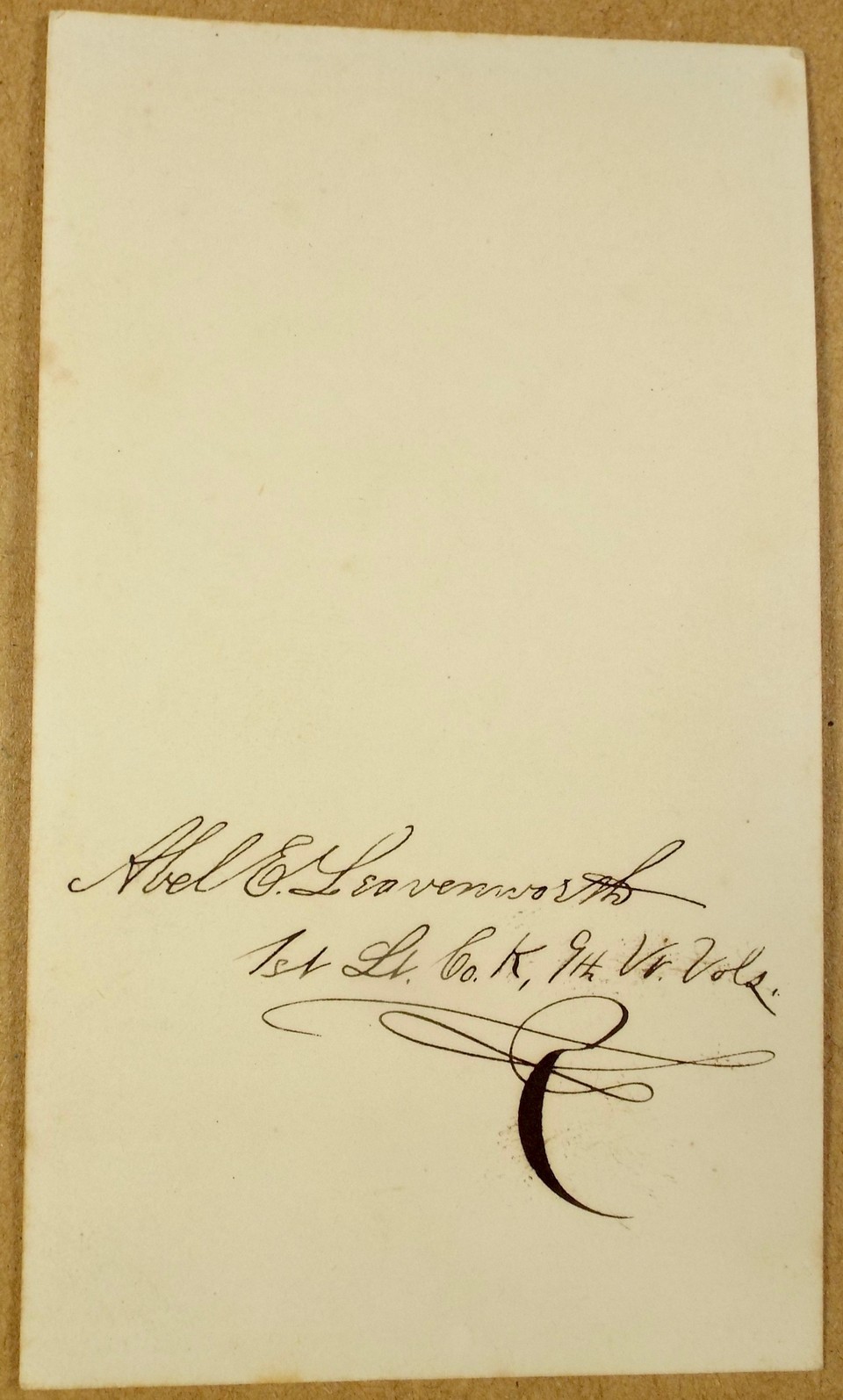 Having obtained his preparatory education at the district schools of Madrid, N. Y., and Charlotte, he continued his studies at Hinesburgh Academy, and afterwards entered the University of Vermont, from which he graduated in 1856, on his return from the South.

He commenced his career as a teacher in 1846, taught district schools five winters and became successively the principal of Bolivar (Mo.) Academy, and the academies of Hinesburgh, Brattleboro and New Haven. In 1870 he secured the incorporation and endowment of Beeman Academy at New Haven, the position of principal of which, after a most successful administration, he resigned in 1874 to become principal of the State Normal School at Randolph, leaving the former institution with an endowment fund of twelve thousand dollars. Leaving the Normal School at Randolph in 1879, after having greatly increased its facilities and the number of the pupils, he spent two years in institute work and the collection of a large and choice cabinet of minerals, while recruiting his impaired health. In 1881 he purchased the school building and equipment of the Rutland county grammar school, and was appointed principal of the State Normal School at Castleton under its patronage. Since that date Mr. Leavenworth has devoted his energies to the interests of the school, and has always given special attention to the training of teachers, having signed six hundred and thirty-nine certificates while principal of the various institutions under his charge.

Mr. Leavenworth is a veteran of the civil war, and soon after his enlistment as a private in Co. K, 9th Regt. Vt. Vols., was promoted through the ranks of sergeant and 1st lieutenant to that of captain. He was made assistant inspector general of Wistar's brigade of the United States forces on York Peninsula, of the 2nd division of the 18th army corps, and of the provisional brigade at Bermuda Hundreds. He also served as assistant adjutant general of the last named command, later of the 2d brigade, 3d division, 24th army corps, and led the skirmish line into the city of Richmond, April 3, 1865. He was appointed assistant provost marshal of that city and subsequently assistant adjutant general of the district of Appomattox. He was mustered out of the service at Richmond, June 13, 1865, having received highly commendatory letters from the generals on whose staff he had served.

At the age of twelve he united with the Congregational church, with which he has continued his connection, serving the local congregation as deacon and delegate to county associations and state conventions. Never sectarian in belief or practice, he has ever maintained most friendly relations with all branches of the Christian church.

He was one of the founders of the Delta Psi fraternity in the U. V. M., and in early life was an active Mason, Odd Fellow, Son of Temperance, and Good Templar, having been presiding officer in each, as also in various county and state teachers' organizations, and later in the Grand Army, from which body he was a delegate-at-large for Vermont at the twenty-fifth national encampment at Detroit, in August, 1891. He has also been a member of the American Academy of Political and Social Science from the first year of its organization

End of a Long and Useful Life

Prof. Abel E. Leavenworth of the State Normal School at Castleton
Goes to Meet His Reward.

Castleton's "Grand Old Man" Dies Full of Years and of Honors " The Strenuous Life of a Well Known Educator " Stirring Events in a Career of Usefulness " The Youths of Vermont Would Do Well to Read of and Pattern After the Life of the Subject of this Sketch.

[destroyed] ... [Leaven]worth was h[el]d from the Congregational Church of Castleton Friday afternoon. All the stores were closed and business was generally suspended. Notwithstanding the constant and heavy downpour of rain, the spacious church was filled with people who had come to pay the last tribute of respect to the memory of a man who, during a life of distinguished ability and usefulness had earnestly and faithfully served his country, his state and humanity. All portions of the state were represented. The many friends of Capt. Leavenworth's were permitted to view the remains during the forenoon at his late home in the Normal building. The casket was covered with flowers and draped with the United Sates flag, sent by Vermont Commandery of the Loyal Legion, of which the deceased was a charter member. At the head of the casket stood the headquarters' flag of the second brigade, second division of the 18th army corps under which Capt. Leavenworth had so bravely fought.

After a short service at the home the family and friends were escorted to the church by the Normal guards under arms, Castleton post G.A.R., Sons of Veterans, Woman's Relief Corps and citizens. Hon. Joel C. Baker commander of the Vermont Commandery with Ex Gov. E. J. Ormsbee, Gen. Charles C. Kinsman, Col. John A. Sheldon and Gen. Theodore S. Peck representing the Loyal Legion, marche[d] from the home to the church and with a detail from the Grand Army, acted as a guard of honor.

The services at the church were conducted by Rev. F. B. Hyde, assisted by Rev. S. A. Barrett of Gilbertville, Mass., who delivered a touching and well merited eulogy on the life, character, and service of his deceased friend. Beautiful musical selections were rendered by Miss Hortense M. Drake, who sang, "Crossing the Bar" and by Miss Drake and Miss Grace M. Potter who sang, "Nearer Home."

The procession to the grave escorted as from the house, was probably the largest that ever entered Castleton cemetery. The last narrow house was nicely trimmed with flowers and evergreens and the floral tributes surrounding it were marvels of beauty and profusion. Among the floral emblems were contributions from the Normal school, the trustees of the Rutland County Grammar school corporation, the teachers of the Normal school, the veterans of the G.A.R., and the ladies of the Relief Corps.

The service at the grave was conducted under the ritual of the Grand Army with a benediction by Rev. S. A. Barrett. The pall bearers were Capt. [destroyed] Nebraska, Clarence G., of [destroyed], Ohio, William S., of Ripon, Wis., Philip R., of Castleton and two nephews, Alfred Sherman of Burlington and Sherman Holmes of Proctor.

A Long and Useful Career

Abel E. Leavenworth was born at Charlotte, Vt., September 3, 1828. In his fourth year his father moved to Madrid, N. Y., remaining upon a farm 12 years. The son attended district school and worked upon the farm between times. In 1844 his father returned to Charlotte. The son worked at farm work summers until he had reached the age of 21 years, attending school during the fall and spring months and taught school winters in Charlotte, 1846-7; Hinesburgh, 1847-8; St. George, 1848-50; Monkton, 1850-51; and Burlington, 1851-2. He fitted for college at Hinesburgh academy, entering the University of Vermont in 1849, and became one of the founders of Delta Psi Fraternity of that institution, a member of the Society for Religious Inquiry and of the Phi Sigma Nu Literary society. He taught winters in St. George, Monkton and Burlington while in college. In 1852 he took charge of Bolivar academy, state of Missouri, which greatly prospered under his tuition. Owing to the "Border Ruffian" trouble connected with the settlement of Kansas, he returned East in 1855, having declined the presidency at a new college in Iowa, as well as flattering inducements to remain in Missouri. In September, 1855 he became principal of Hinesburgh academy, just ten years after entering it as a pupil, succeeding his preceptor, George Lee Lyman. In 1856 he took the degree of B. A. in course and in 1860 that of M. A. In 1859, as chairman of the State Teachers' Association, he was associated with J. S. Spaulding of Barre in establishing the Vermont School Journal. In 1860 he became principal and proprietor of Brattleboro academy, a boarding and day school for boys. These were organized into a military company, from whose ranks many volunteers entered the army for the preservation of the Union, either as privates or under warrants and commissions. One lost his life at the first battle of Bull Run; another is now brigadier general of the Vermont national guard. Having transferred the ownership of the school Journal to Hiram Orcutt, Mr. Leavenworth resigned the principalship of the school at great pecuniary loss and enlisted May 24, 1862, as a private in Co. K, 9th Vermont infantry, the earl[i]est date of enlistment in the state under President Lincoln's call for 800,000 volunteers. Great care was taken in recruiting his company, only good, healthy men being accepted. It was mustered in as the last and smallest company of the regiment, but throughout its service it was always one of the largest in numbers when called upon for any duty, and at the end of three years was mustered out at Burlington, 83 strong, as the largest company.