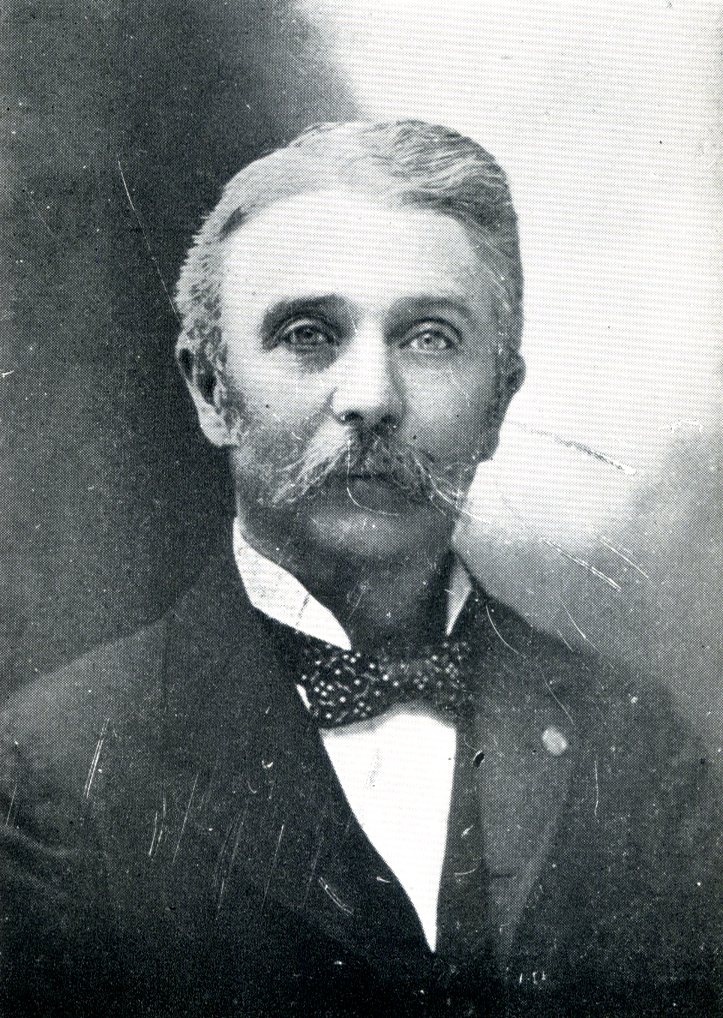 JOHN HOVEY LYON the subject of our sketch, was born in Colchester, Vt., April 4th, 1840. His father was one of the substantial farmers of the town, and his boyhood days were spent, as were those of a majority of the members of the regiment, on the farm, where he fulfilled all the duties incumbent on the boy of that period, interspersed with the pleasures that belong to that favored class. He received a common school and academical education, and when the call came for 300,000 more soldiers, among the first to enlist with those, that later, were formed into company D. He was appointed corporal which place he filled so satisfactorily not only to his superior officers, but to his comrades, that when a vacancy occurred he was promoted to be a sergeant and, as such, served till the regiment was discharged at the expiration of its term of service. Quiet and unassuming, but always willing and cheerful, he was one of the most popular men in the company and one of those who are more liked as they are better known.

After his discharge he returned to his home, and December 9th, 1863, was married to May A. Day, sister of his friend and tentmate, Mark Day, of company D. She died May 14th, 1877, leaving three children, only one of whom now survives. Some years later he married Clara E. Bliss, of Colchester, who with their three children now comprise the happy family circle. Three years ago he sold the farm where he had lived so many years and removed to the village where within two miles of his birthplace he now resides a respected and honored citizen. In 1892, soon after the organization of the 13th Vt Regiment Association he was elected its secretary and every years since to 1906, he has been unanimously re-elected to that responsible position. His work in this connection has been arduous and untiring and to him especially, and more than to any other member, is due to-day. the standing of the Association as the best in the state. Two years ago he was elected assistant judge of the Chittenden county court which position he now fills with honor, to the state and to himself. In all places and at all times his integrity, honesty of purpose, and loyalty to his friends, his state and his country, has never been questioned.

The writer of this sketch, having known Judge Lyon as schoolmate, comrade and intimate friend for a period extending over fifty years, may truly be said to know the "facts whereof he writes."