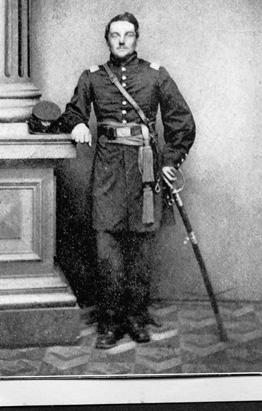 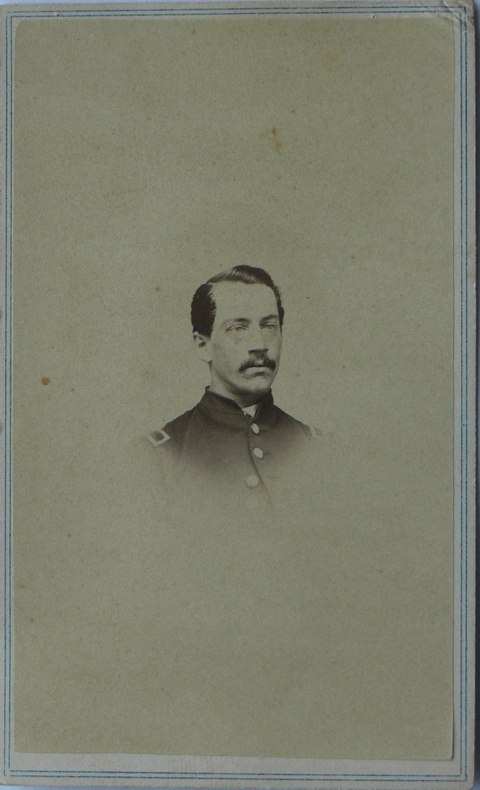 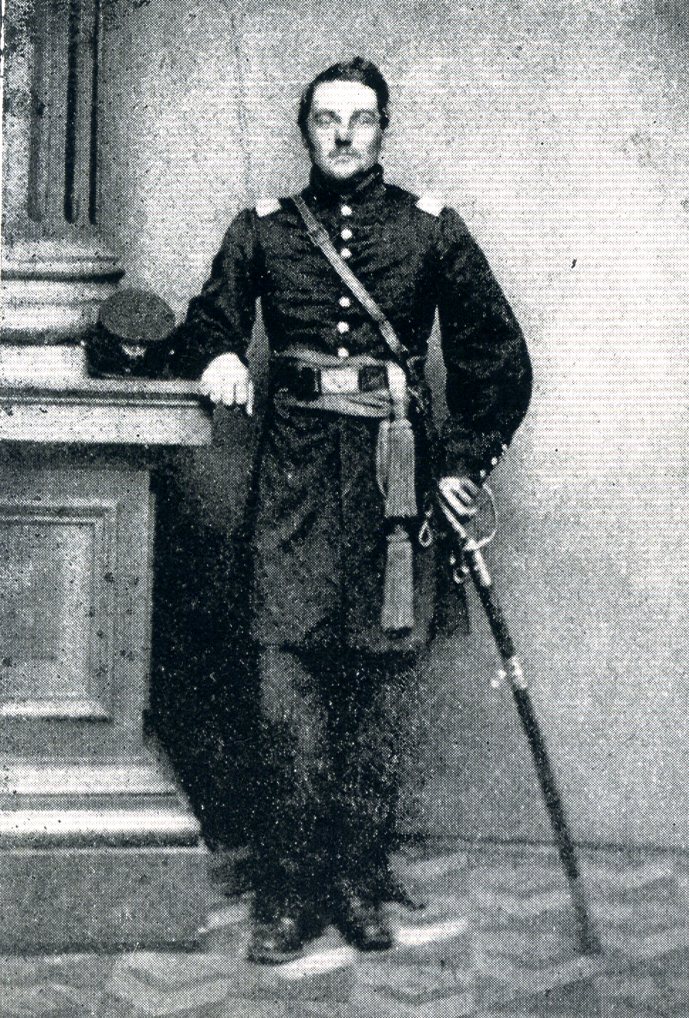 FIRST LIEUTENANT WILLIAM E. MARTIN volunteered in August, 1862, and counted on the quota of Marshfield and at the organization of the East Montpelier Company was elected second lieutenant, and promoted first lieutenant in same company February 23d, 1863. He served with ability and credit until discharged with his regiment July 21, 1863. He was a popular officer, generous and kind, well equipped for the position he held. On the forced march to Gettysburg was full of courage and cheer and in battle brave and alert every moment. Re-enlisted as a veteran into the 17th Regiment Vermont Volunteers and was elected first lieutenant in Company E and at Petersburg Mine, July 30th, 1864, was killed. This was a sad event indeed that so many brave officers and men killed and wounded because of a blunder, but so it was many valuable lives offered as a sacrifice on. account of mistakes. Lieutenant Martin gave promise of a brilliant career in the army and it was deplorable that death under such circumstances ended his patriotic ambition to serve his country.

Martin, William, late of Plainfield, son of William and Sabrina (Axtell) Martin, was born in the town of Marshfield. His grandfather, Jesse Martin, was a veteran of Bunker Hill, and his father, Hon. William Martin, was a man of mark, who represented Marshfield for thirteen years in the Legislature, was colonel of a cavalry regiment, and associate judge of the county court.

William Martin passed through the usual experience in his boyhood days, receiving his education in the common schools. The rough and constant labor of the farm developed his energy and endowed him with uncommon physical strength and endurance He was always a prodigious worker, and for a time was a manufacturer and merchant, but for many years devoted his chief attention to the occupation of his youth. He is a large owner of real estate, possessing at the time of his death several extensive farms in this and neighboring towns, and he was also the proprietor of a large saw mill, which is carried on by his sons.

Mr. Martin was an enthusiastic adherent of the dominant party in the state, and held many public offices; representing Marshfield in the Legislature.

He was strongly in favor of a vigorous prosecution of the civil war, and one of his sons, William E. Martin, served as 2d lieutenant in Co. C, 13th Regt. Vt. Vols., under the command of Col. F. V. Randall, and was promoted to 1st lieutenant before that regiment was mustered out. He then enlisted in the 17th Regt., and was killed at the battle of Petersburg Mine, July 30, 1864. In honor of his memory the local organization of the Grand Army of the Republic in Plainfield received its title of the William E. Martin Post.