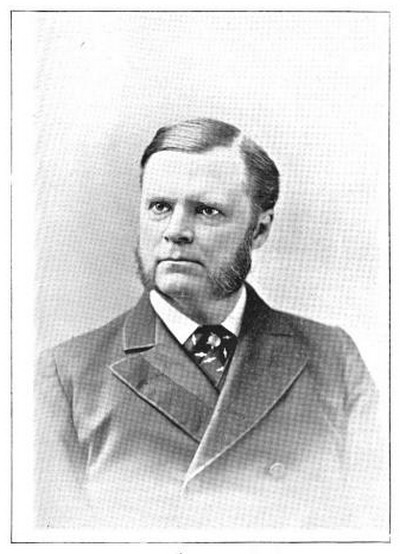 Tinker, Charles Almerin, of Brooklyn, N. Y., descended from John Tinker, one of the early settlers of Windsor, Conn. His grandfather removed to Vermont previous to the Revolution and was one of the volunteers who went to the defense of Bennington. His father and mother, Almerin Tinker and Sophronia B. Gilchrist, lived for many years at Chelsea, where Charles A. Tinker, their oldest son, was born Jan. 8, 1838.

Mr. Tinker was taken by his parents, in infancy, to Michigan, where he had only the advantage of a common school education, but returning to his native state in 1851, established their residence in Northfield. He subsequently attended school at Newbury Seminary, but owing to sickness did not complete his course. In 1852 he obtained a position as clerk in the postoffice at Northfield, and was there taught the Bain system of telegraphy. In 1855 he obtained a position as operator with the Vermont & Boston Telegraph Co. at Boston, and soon after with the Cape Cod Telegraph Co. in the Merchants' Exchange, having in the meantime acquired a knowledge of the Morse system. In January, 1857, he went to Chicago, accepting a position there in the office of the Caton lines, and soon after became manager of the Illinois & Mississippi Telegraph Co.'s office at Pekin, Ill.

During this period he made the acquaintance of Abraham Lincoln. At Mr. Lincoln's request, Mr. Tinker explained to him the methods of the telegraph system, and an intimacy thus begun was renewed later when Mr. Lincoln was President, and Mr. Tinker was employed as telegraph operator in the War Department at Washington. Mr. Lincoln was a frequent visitor at Mr. Tinker's office during the war, and received from him the first news of his re-nomination as President and that of Andrew Johnson as Vice-President. A word uttered by Mr. Lincoln on this occasion, intimating his preference for Mr. Hamlin was recalled in later years by Mr. Tinker, and was the means of settling the important controversy that arose after Mr. Hamlin's death.

In the summer of 1857 Mr. Tinker returned to Chicago from Pekin, Ill., and entered the service of the Chicago & Rock Island R. R. Co., and two years later that of the Galena & Chicago Union R. R. Co., as bookkeeper and telegraph operator. During this period he joined the Chicago Light Guard, and served with his company as escort to Stephen A. Douglas to the Wigwam where he made his last great speech for the Union, and two weeks later as guard of honor in the procession which laid his remains away to rest on the banks of Lake Michigan.

At the breaking out of the war he was offered the lieutenant-colonelcy of a regiment, but declined the proffered honor. He soon after entered the United States military service in the War Department at Washington, and was almost immediately ordered to service in the field under General Banks, and opened the military telegraph office at Poolesville, Md. He performed similar services under General Wardsworth at Upton Hill, where he was selected as one of the eight operators to serve under General McClellan on the steamer Commodore, and afterwards in the army headquarters in front of Yorktown, and before Richmond. He was present at the evacuation of Yorktown, and at the battle of Williamsburg, and finally at General Heintzelman's headquarters at Savage Station after the battle of Fair Oaks. During his services at the front he lost his health, and returned to Vermont for one month, when he had regained health, and was then appointed by Major Eckert to the responsible position of cipher operator in the War Department at Washington, having for one of his associates A. B. Chandler of West Randolph. Here he remained until the close of the war, when he was appointed manager of the U. S. Military Telegraph, continuing until it was closed up and its lines turned over to the telegraph companies.

He has for some years been prominent in the religious and social circles of Brooklyn. He was one of the organizers and is now vice-president of the Brooklyn Society of Vermonters; he is a member of the Illinois Society of the Sons of Vermont, and has been for several years an officer and trustee of the Washington Avenue Baptist Church and of the Lincoln Club of Brooklyn.

He was married, in 1863, to Miss Lizzie A. Simkins, of Ohio, who deceased in April, 1890, leaving three grown children, two others having died in infancy.

He is a man of fine physique, still in the prime of manhood, capable of great endurance, and fully equal to the arduous and responsible duties connected with his position.

Charles Tinker Once Was Telegraph At War Department

News of the death of Charles Almerin Tinker, aged eighty, a close friend of President Lincoln while the former was stationed here as a Government code telegrapher, was received here today from WInnepeg, Canada.

The friendship of President Lincoln and Mr. Tinker began before the latter was stationed in the War Department here. Mr. Tinker was long before the civil war employed at Pekin, Ill., where he first met Lincoln.