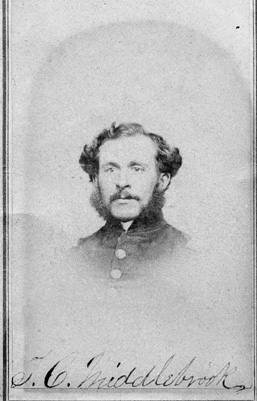 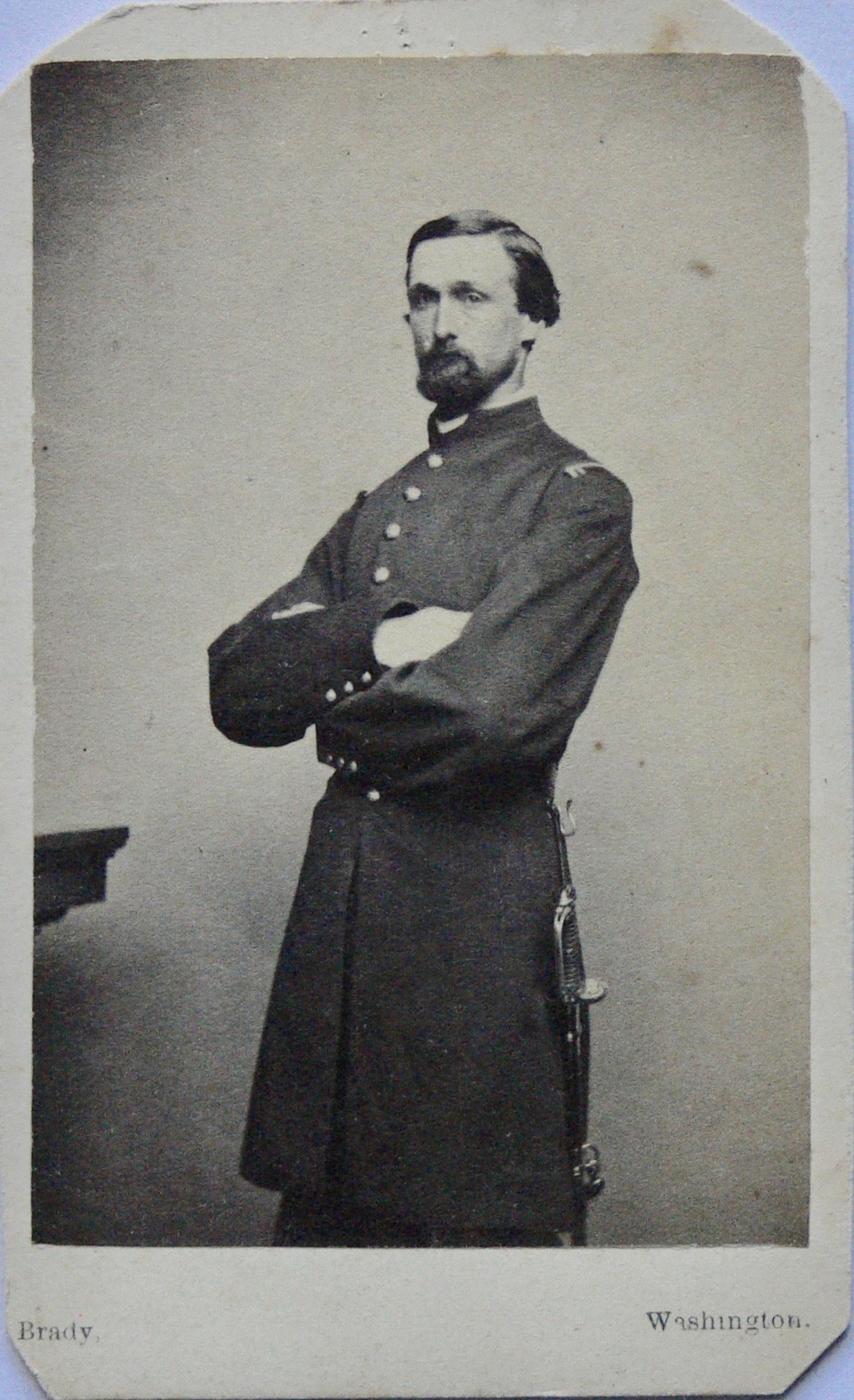 THEOPHILUS C. MIDDLEBROOK, who died Friday morning of pneumonia, aged 64 years, was taken about two weeks ago with malaria contracted in the army in the Civil War, but his illness was not considered dangerous until about a week ago, when pneumonia developed.

He enlisted September 17, 1862, in the 14th Vermont Volunteers, with his cousin Obadeiah Allen. He was mainly instrumental in forming Company I. and Mr. Allen was chosen Captain. and Mr. Middlebrook, Lieutenant.

In his discharge from the army he returned to Ferrisburg, where he passed several years on the farm with his parents, after which he moved to this city, forming a partnership with his brother-in-law, C. S. Strong to engage in the grain and feed business. After a few years the business was sold, and Mr. Middlebrook took up the lumber business with H. F. Fisher.

After retiring from the lumber business he became agent for Walter A. Wood and company. For 15 years Mr. Middlebrook was deputy sheriff In politics he was an ardent Republican, but not an office seeker. He was intensely interested in the fire department, and was Chief Engineer for many years. For his faithfulness in his duties of the office he was presented in 1883, by the fireman of Vergennes, a solid silver water set.

For many years he had been tax collector, and nominally held that office at the time of his death. He was a member of the Vergennes Lodge of New England or of Protection.

About 13 years ago he suffered a paralytic shock. He married Emma A. French of Addison, May 5, 1862. She died in 1880, leaving one son, George D. October 24, 1883 he married his second wife. Annie M. Clark, of Westpoint, N. Y. Besides his second wife he is survived by three sons, George D. of Vergennes, Walter C., of Northfield, and William T., of St. Paul, Minn., employed in special work for James J. Hill of the Great Northern Railway system; Two daughters, Edith A., a teacher, and Thersea who is attending Vergennes High school; one sister, Miss. Anna Middlebrook of Weybridge.

The funeral was held Sunday at the Methodist-Episcoal Church, the Rev. Stephen D. Cobb officiating, The bearers were: Judge Frank L. Fish, T. Neville, A. W. Norton, Frank A. Ross, N. J. McCuen, and William Crosby. Interment was in the Carpenter burial ground, Monkton. W male quartette, consisting of George W. Stone, Guy A. Beach, Royal Slack, and J. C. Walker sang "Rock of Ages" and "Abide With Me. ". There were many floral tributes.