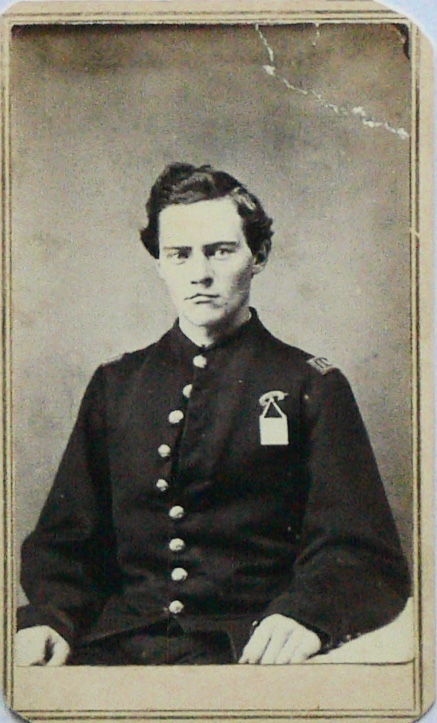 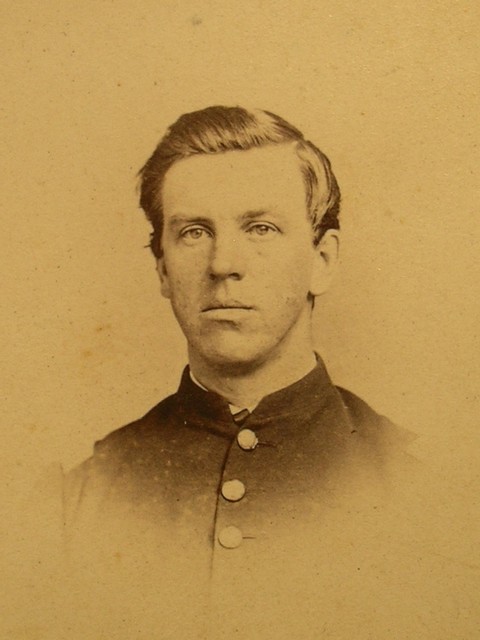 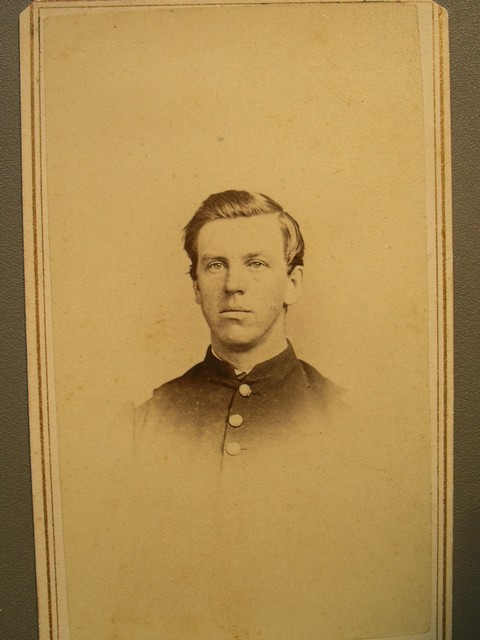 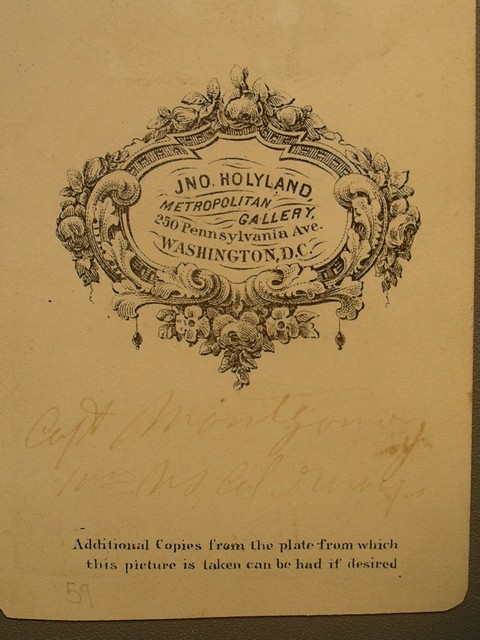 MONTGOMERY, Marshall, St. Johnsbury. Retired lawyer. Born Walden, March 26, 1839; son of Sereno and Hannah (Foster) Montgomery. Educated in the public schools of Walden, and Peacham Academy, graduating in class of 1859. In 1873 married Flora Sibley of Laconia, N. H.; they had two daughters, Mary (died in infancy), and Grace E. Read law with Bliss N. Davis, Danville; admitted to the Vermont Bar 1869; states attorney Caledonia County 1884-6; referee in bankruptcy 1900-10, when he retired on account of ill health. Enlisted May 15, 1861, in the 3rd Vermont Regiment, Co. G; was promoted Nov. 21, 1863, to the captaincy of Co. D, 10th U. S. Regiment of colored troops, and served continuously until May 17, 1866, when he was discharged at Galveston, Texas; his term of federal service was five years and two days, the longest record of any man in Vermont; was in all the battles of the 3rd Vermont for two and one-half years, and in two engagements with the 10th colored regiment. Is a Republican; served on school committee for several years. Member of South Congregational Church. Member of Chamberlain Post, G.A.R., of which he was at one time commander.

St. Johnsbury, Oct. 17. - Marshall Montgomery, one of the oldest members of the Caledonia county bar, died yesterday after a long illness due to old age. Mr. Montgomery was born in Walden March 26, 1830. He was educated in the public schools and at Peacham academy and read law with the late Bliss N. Davis of Danville. Mr. Montgomery was admitted to the bar of this county in 1869. He was state's attorney from 1884 to 1886 and was referee in bankruptcy for many years.

His Civil War record was a distinguished one. He enlisted May, 1861, was promoted in 1863 to the captaincy of Co. D, 10th United States colored troops, and served continuously until May, 1865, when he was discharged at Galveston, Tex. His term of service, five years and two days, is the longest Civil war record of any man in Vermont.

Mr. Montgomery's wife, who was Miss Flora Sibley of Laconia, N.H., died a number of years ago. He is survived by one daughter, Grace, wife of Samuel J. Gibbons of St. Johnsbury. The veteran lawyer was a charter member of Chamberlin post and that body will conduct the funeral, which will be held on Saturday.