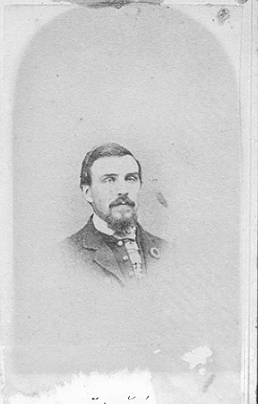 Charles G. Newton was born in Rochester, Vermont, on the eighth day of August 1837, and at the time of his death, June first, 1864, was twenty-three years of age. His early life was one of toil, and something of personal sacrifice, although he was blest with a pleasant Christian home, that was by no means destitute of those elements of refinement and piety which educate sons to be noble men, and daughters to be true women. Yet his father did not possess the means to give him the extended opportunities for a liberal education, which he was ambitious to acquire. This he was compelled to struggle for himself to obtain what did not fall to him by inheritance. He was able to attend school two terms in the year by teaching in the winter and working on the farm in the summer. Pursuing this course, by the utmost diligence and economy, he finally fitted for college at the Barre Academy, and was entered at Middlebury, in 1861. Here he remained for one year, until July, 1862, when the President's call for more troops awoke him from his student life and called him forth to higher duties. He immediately left college and commenced recruiting for the Tenth Regiment, and was chosen Second Lieutenant of Company G, August twelfth, 1862. In the command he was known as a quite, honorable Christian gentleman. An intimate family friend speaks of him in civil life, as "distinguished for close application, and some good common sense, rather than for any dazzling brightness." So was he faithful and diligent in the discharge of his military duties. He never was heard to complain of the hardest lots, sharing them equally with his men. Trusted and respected by all who knew him, he was loved by those who knew him best. He seldom asked to be excused from duty; if you found the regimental camp, you usually found him. He was entrusted with responsible and even difficult tasks by his superior officers. At Mine Run, Colonel Jewett entrusted to him such a part. We all remember the night of December first, 1863, or rather it was the morning of December second, when General Meade withdrew his army from Mine Run, and recrossed the Rapidan to Brandy Station. The whole regiment was on picket, and was among the last troops to be withdrawn. The order which General Carr whispered into the ear of Colonel Jewett, was to move noiselessly at three o'clock A.M. We waited through the cold night silently, or spoke in whispers of the dangers of getting off -- waited patiently for the telling of the hour, then a few moments more for Lieutenant Newton to bring in our advanced picket from a dangerous post. Then we went with as little noise as possible, but went lively.

He was in every battle of the regiment until he was killed. The first of June, 1864, found him in his place at the battle of Cold Harbor. While the column was charging the enemy, by brigades, the Tenth Regiment, in advance of its proper position, halted a moment for its supports, he was seen bending forward, looking towards one of the exposed flanks, and heard to say: "I see the scamps! I see them!" and in that instant, in the attitude described, his throat was cut by a minie ball. It was instantaneously fatal. We gave him the rites of Christian burial, amid the thunders of the next day's battle, a short distance from the place where he fell, beneath a mulberry and a sassafras tree, which grew up strangely into a common trunk. It was a patriot's and a Christian's grave; but it has been disturbed, and his dust gathered to his native town, and afflicted parents and loving sisters keep the vigils of his grave.

Lieutenant Newton never received promotion, although not because he was not thought to deserve it. Few of our officers had been promoted at that time, no vacancies occurring except by resignation, and they had not been frequent. Had he lived he surely would have been honored with higher rank.