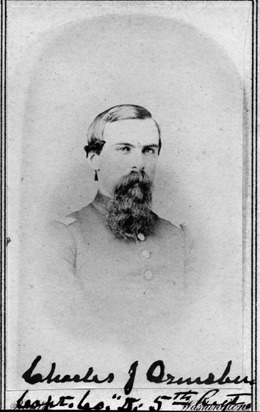 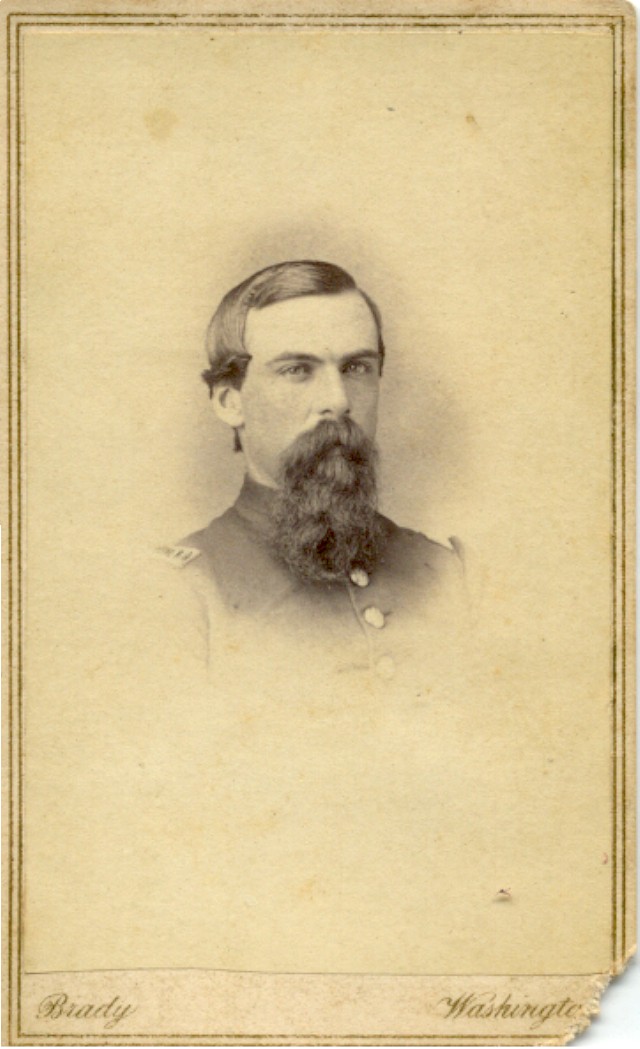 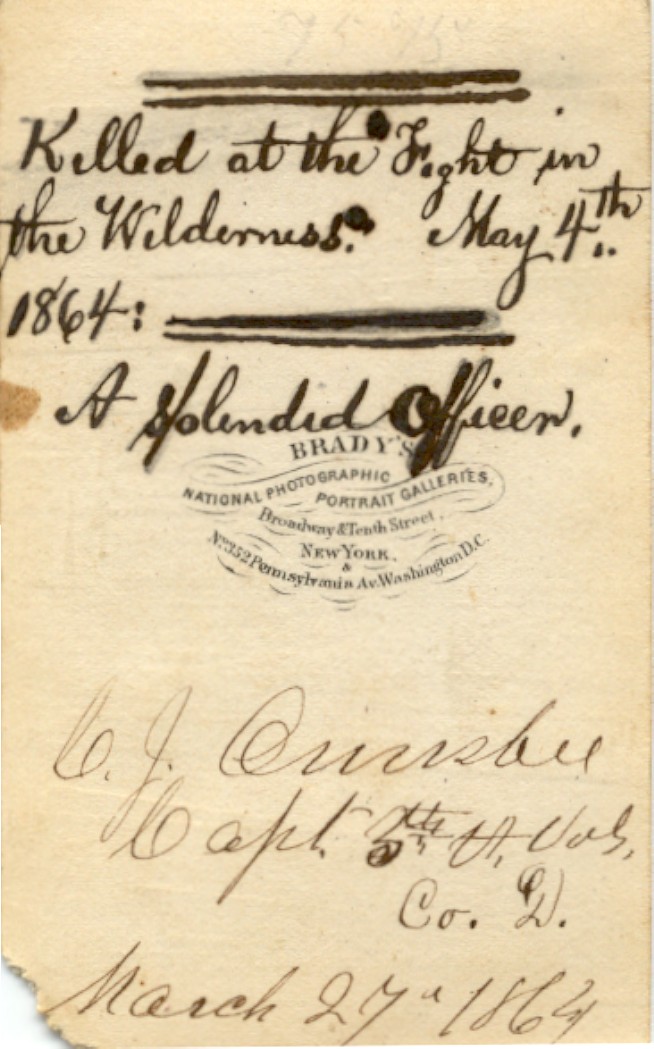 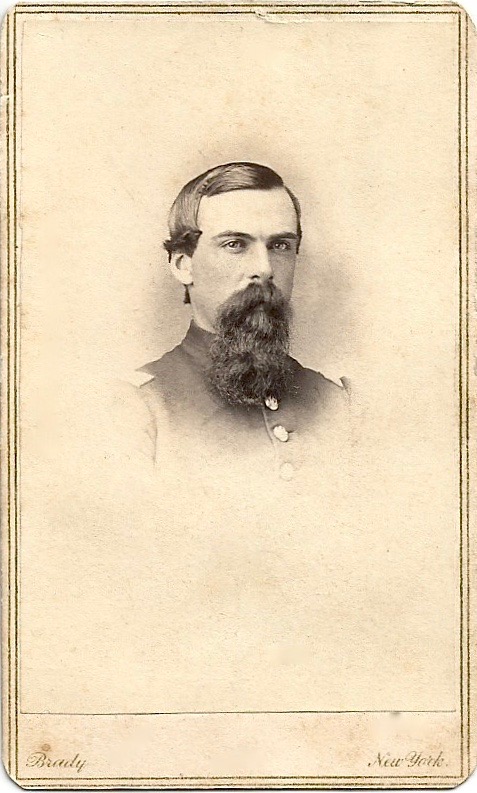 Capt. Charles James Ormsbee, of the heroic 5th Vt., was the fourth, and youngest son of John Mason and Mary (Wilson) Ormsbee; born in Shoreham, Sept 27, 1839, thus at the time of his death, in the 25th year of his age. At the age of 11 Charles removed with the family to Brandon, where he resided until his entrance into the army. He received a fair education at district schools, and continued his schooling at Brandon Seminary.

Capt. Ormsbee was of a patriotic family. His ancestors upon both the father's and mother's side were participators in the Revolution, and on breaking out of the rebellion, he, with two brothers, Capt. E.J. Ormsbee, of the law firm of "Nicholson & Ormsbee",Brandon, and John M, Jr. of a California Regiment, now on service in new Mexico --- early caught the spirit and helped form the grand Northern uprising that followed the fall of Sumter. He enlisted into the 1st Vt. Regt., April 20, 1861, for the three months' campaign, from which he was honorably discharged on the 16th day of August following.

He soon after re-enlisted into Co. H,5th Vt. Regt, and Sept.16th the Company was mustered into service for three years, him having been on the organization of the Company, and chosen 2d Lieut.

He was constantly with the regiment and early gained an enviable reputation for bravery and fitness for command, and in August '62 was promoted to Captaincy of Company D. of the same regiment.

He was present with the Regiment, and on duty, in every campaign which the Army of the Potomac had been through, to the time of his death, on the 5th of May, 1864, in the Battle of the Wilderness, he being at that time in the extreme front, having command of the skirmish line of the Regiment. He was wounded during the first hour of the engagement and finally received three wounds, one in the right side, one in the left arm, and the 3d in the left shoulder or breast. He was buried near the battle-field and his grave marked. His friends took early measures for the recovery of the body --- his brother, Capt.E.J. Ormsbee, visiting "the front" for that purpose --- but without success,. Last Sabbath funeral services in connection with the death were held at the Baptist Church in this ( Brandon( village, Rev C.A. Thomas, D.D., preached an able and exceedingly appropriate sermon from Psalms 100,1. The attendance was very large and the occasion one of much solemn interest.

The high estimation in which Capt. Ormsbee was held as an officer, is witnessed by the elegant army sword presented him by his command a few months after his promotion.

The last time he visited his loved Green Mountains home, at his estimable father's pleasant residence, near Brandon Village, was in January, when the re-enlisted veterans of the 5th, of whom he was one, returned to spend their furlough. He was unmarried. In person he was of medium height, good form, with bright hazel eyes, and a fresh ruddy complexion and really a handsome officer. Physically every way fitted to endure the hardships of a soldiers life he possessed much of the "Old Put" and "Fighting Joe" vim and dash of the real military hero. It is fitting proud tears should embalm his memory. --- From Vt. Record