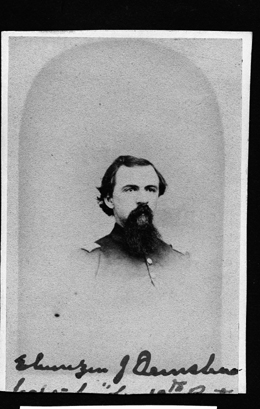 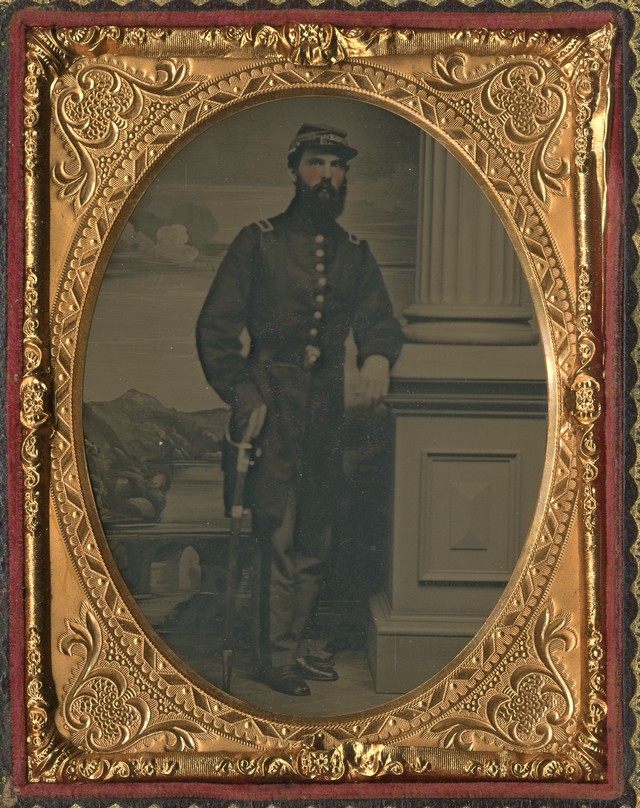 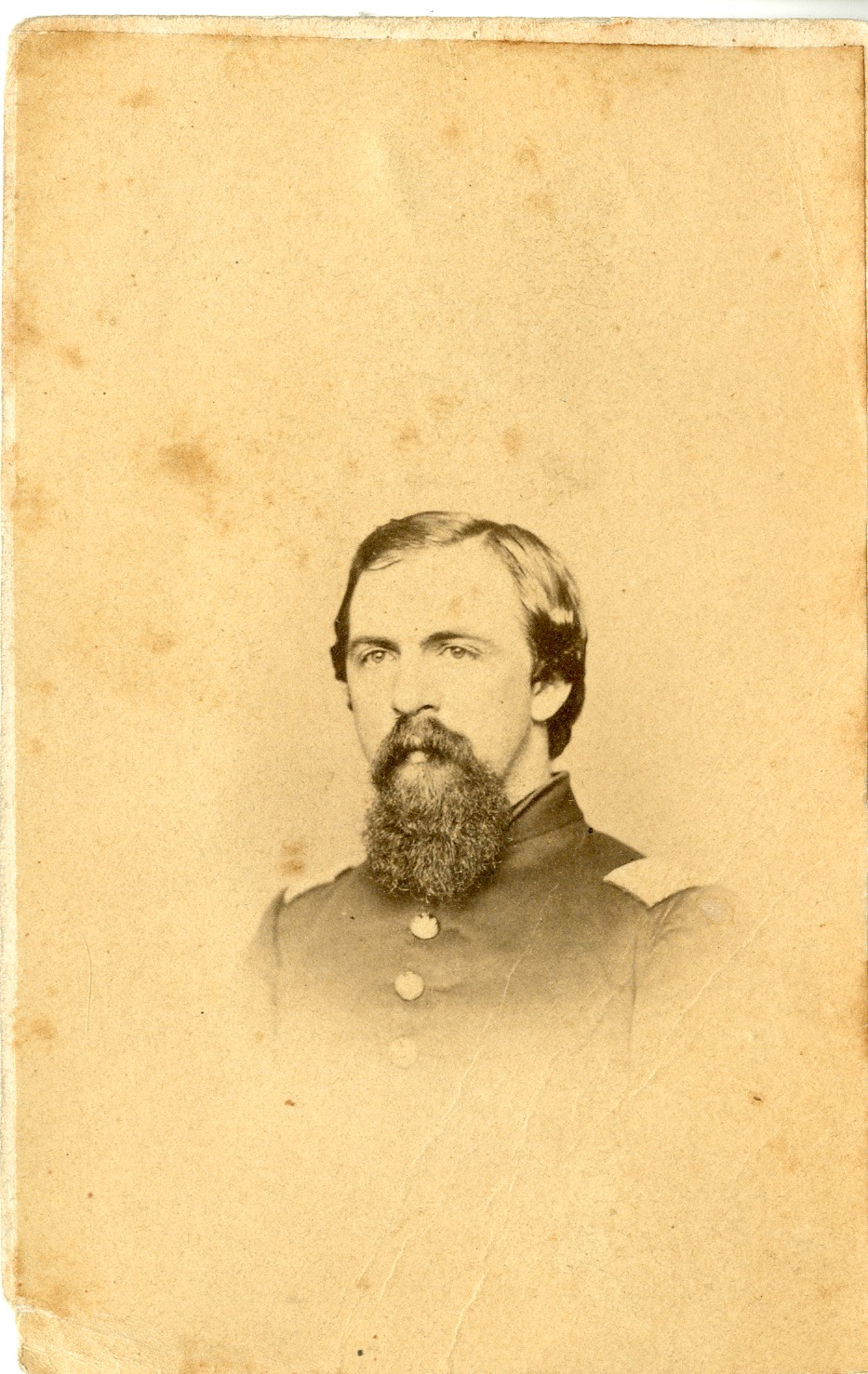 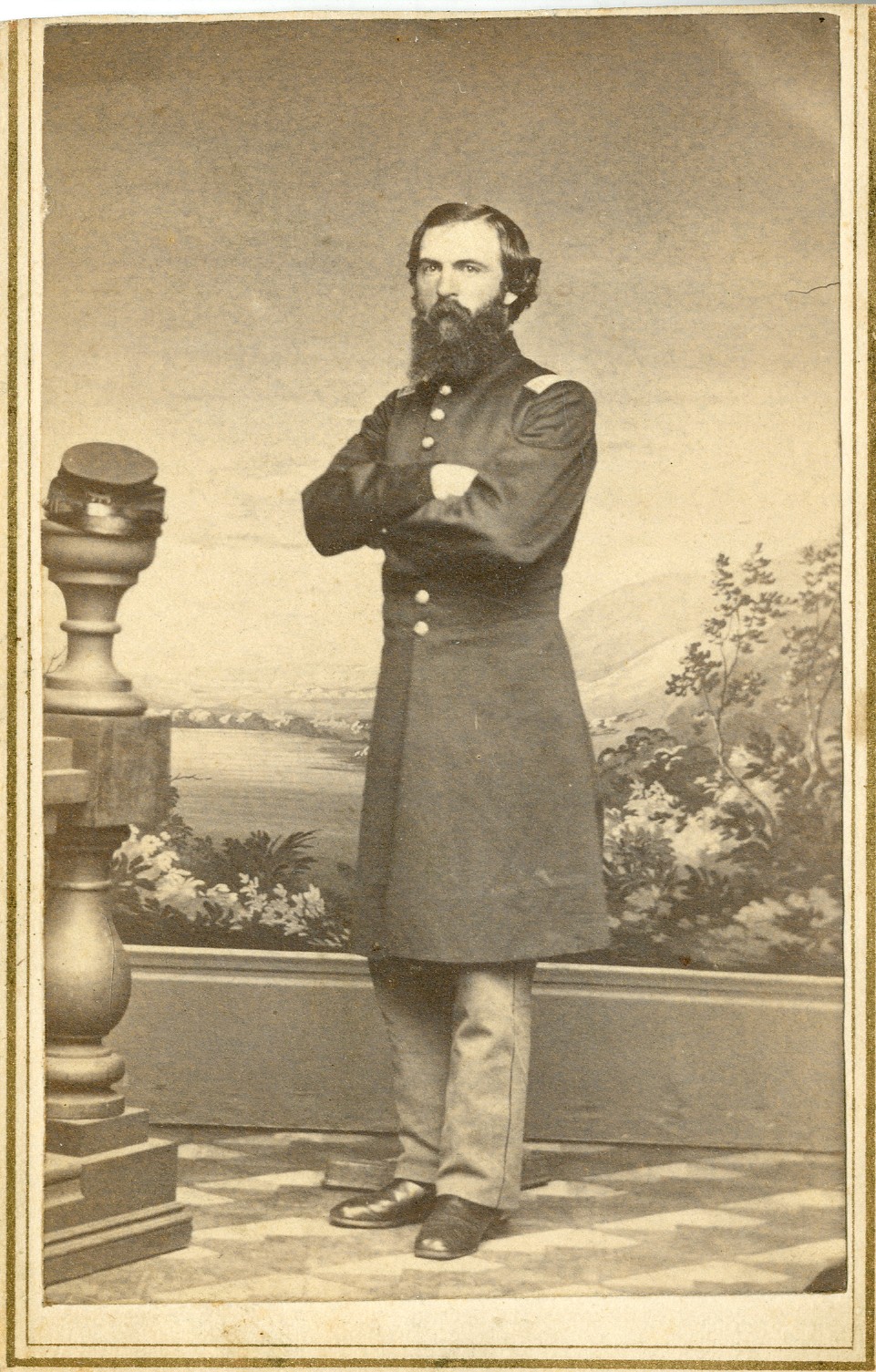 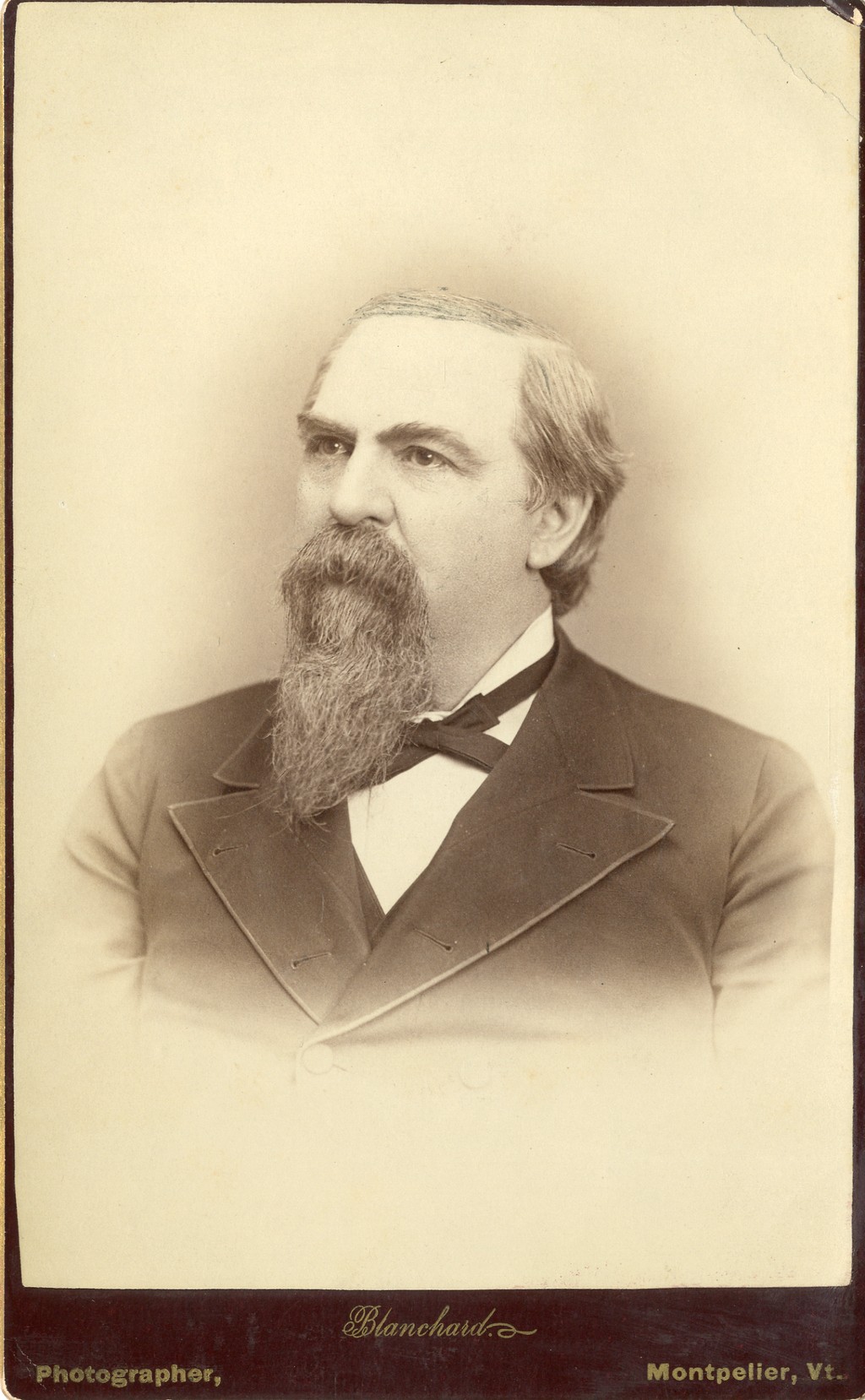 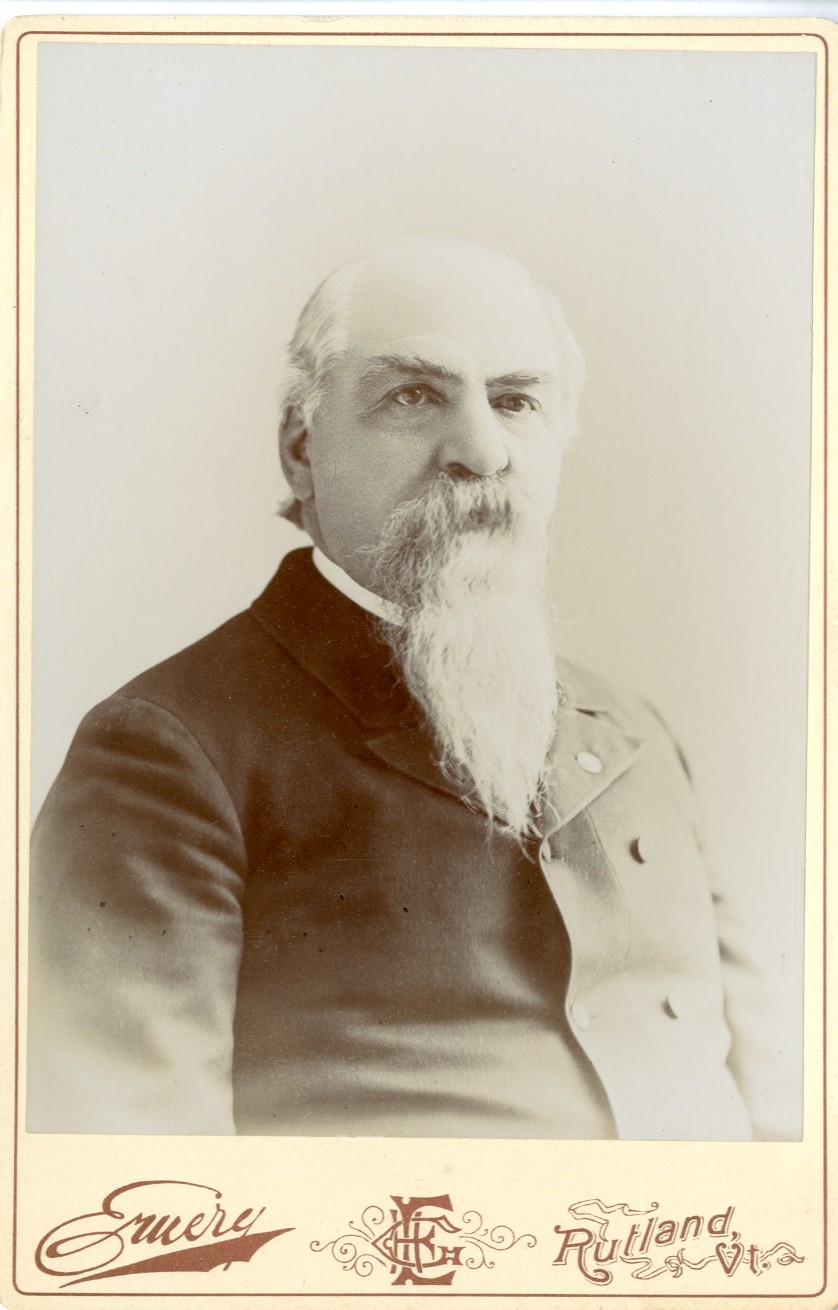 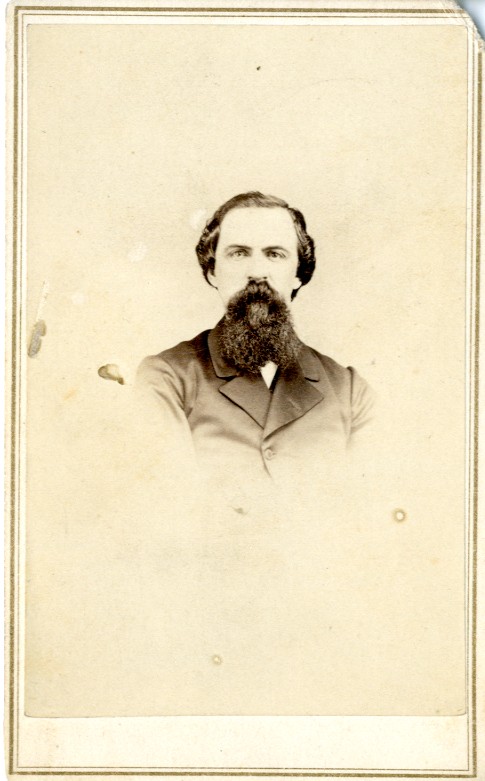 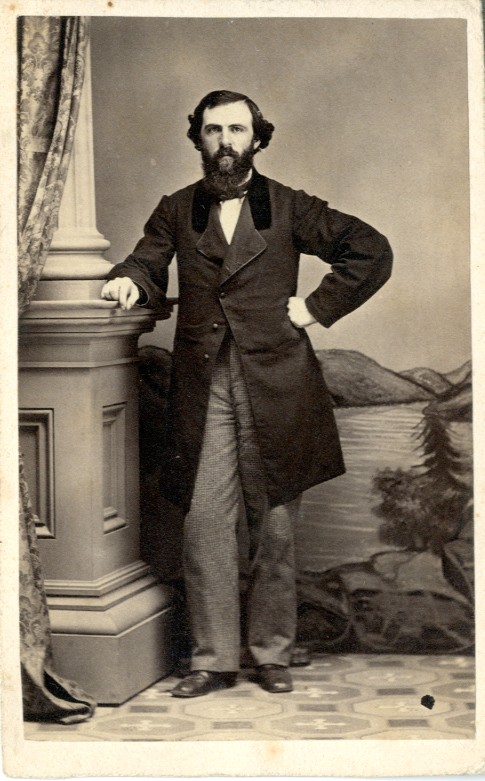 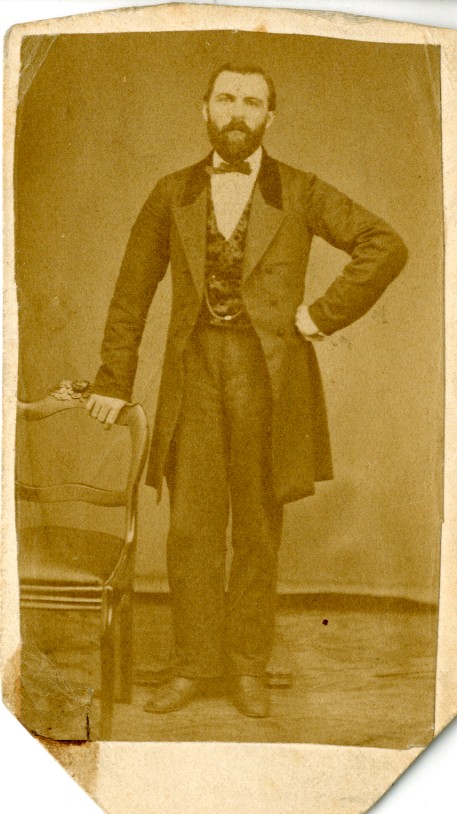 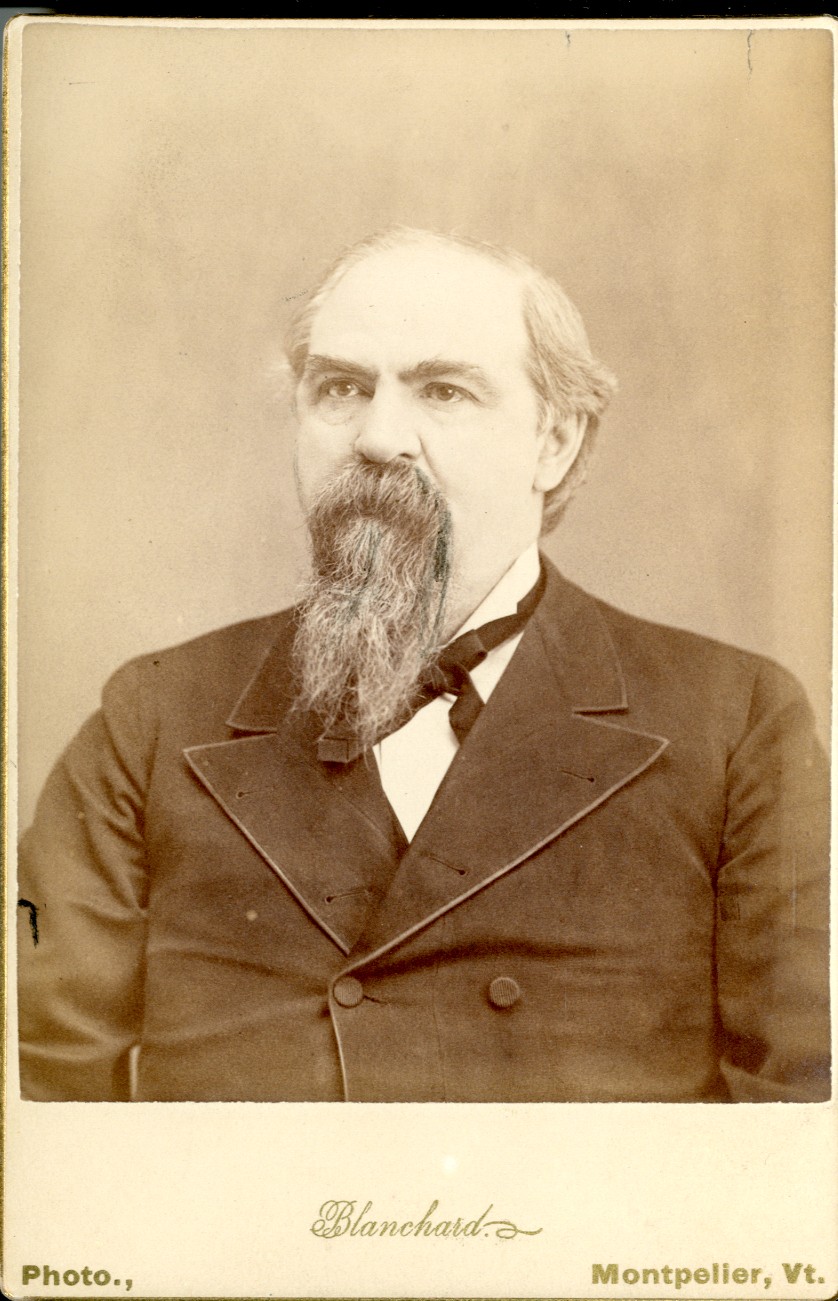 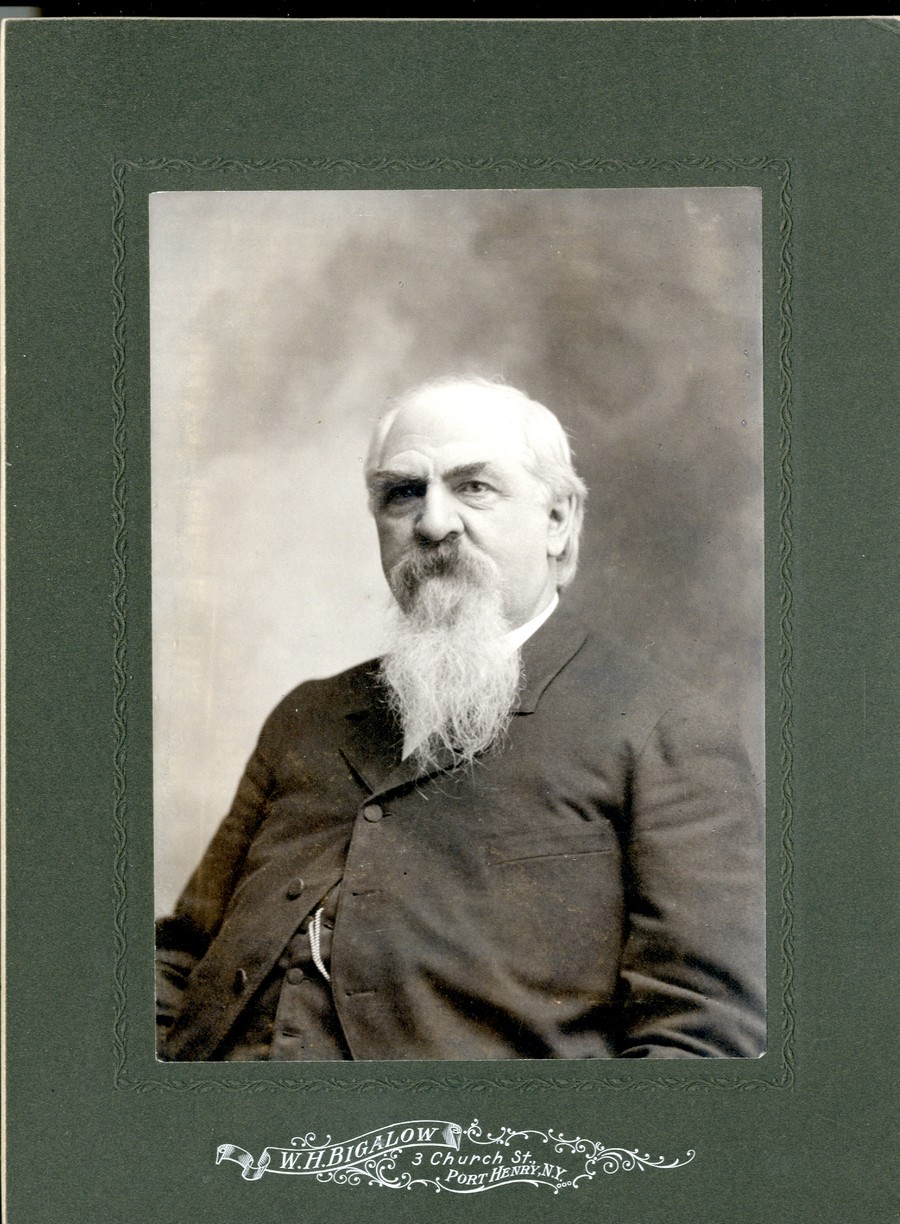 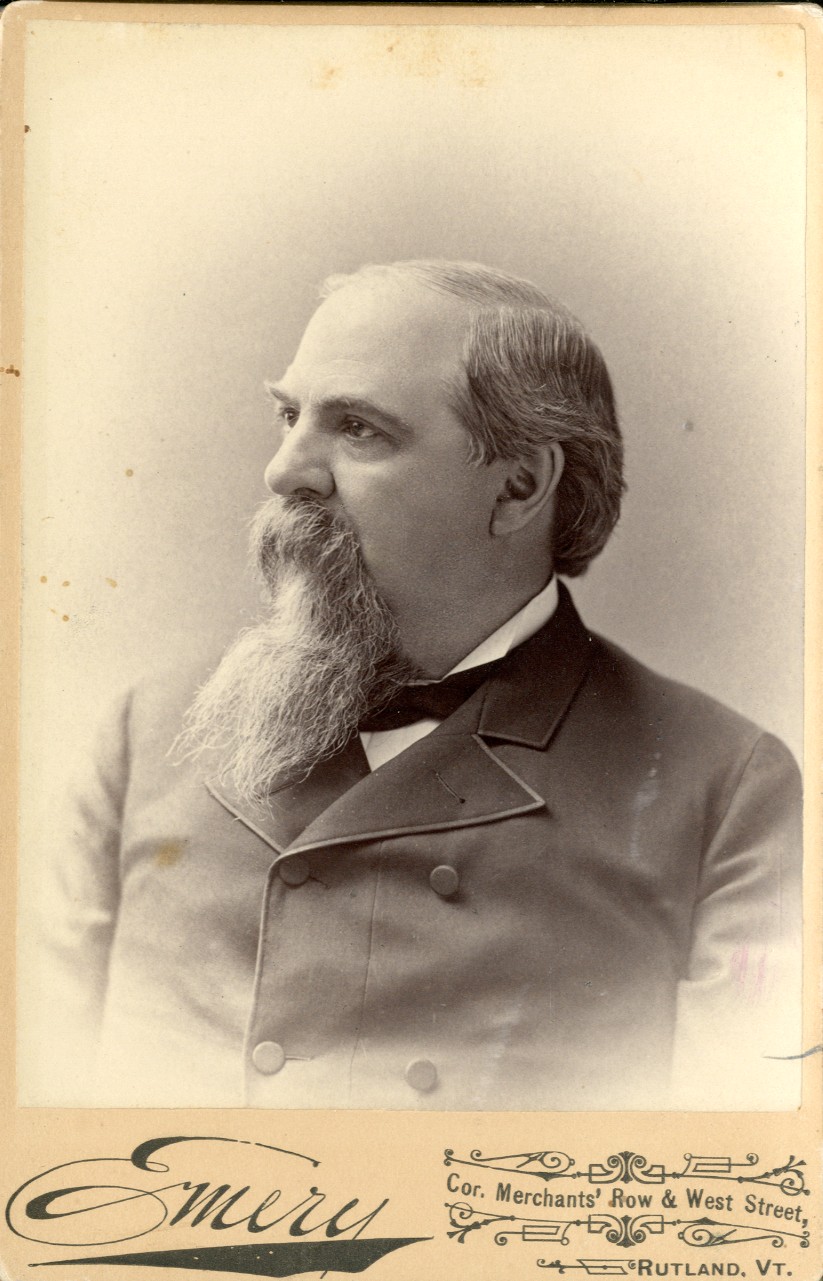 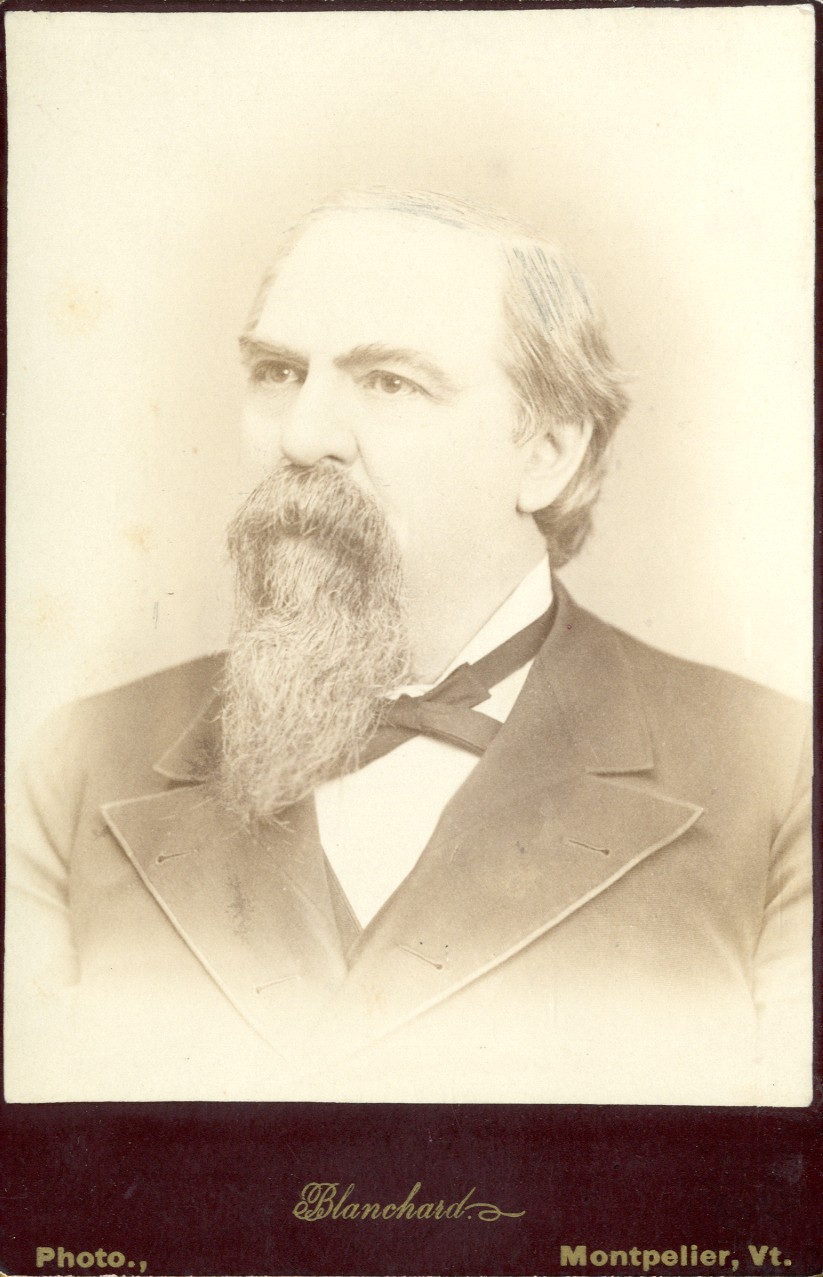 He received the education afforded by the common schools of the state and the academies at Brandon and South Woodstock, dividing his time between the farm and the school until his majority, when he taught school winters while acquiring the higher branches taught in the academy. He began the study of the law in the office of Briggs & Nicholson, at Brandon, in 1857, and was admitted to the bar of Rutland county at the March term of court in 1861.

Instead of entering upon the practice of his profession, however, he enlisted in the "Allen Grays, " a military company of Brandon, in April, 1861; this company became Co. G of the 1st Regt. Vt. Vols., and having been elected 2d lieutenant thereof, he was commissioned as such, April 25, 1861, and was with his company in the service of the United States during the term of its enlistment, being mustered out of the United States service, August 15, 1861. Returning home, he again enlisted in Co. G of the 12th Regt. Vt. Vols., was elected captain of the company, and commissioned Sept. 22, 1862. This regiment was attached to the 2d Vt. Brigade, commanded by General Stannard, which became the 3d Brigade in the 3d Division of the 1st Army Corps, Army of the Potomac, and taking a most noteworthy part in the Gettysburg campaign. Captain Ormsbee was with his company during its term of service, sharing the dangers and hardships of his men, and was again mustered out with them, July 14, 1863.

Taking up the duties of civil life, he commenced the practice of law at Brandon, as a partner of Anson A. Nicholson, in 1864, afterwards entering into a like business connection with Hon. Ebenezer N. Briggs, with whose son he is now engaged in the practice of his profession at Brandon. Was appointed assistant United States internal revenue assessor, in 1868, serving as such until 1872. Was elected state's attorney for Rutland county, 1870 to 1874; town representative from Brandon in the General Assembly of the state in 1872, and senator from Rutland county in that body in 1878. Appointed and served as a trustee of the Vermont reform school, from 1880 till 1884, when he was made Lieutenant-Governor of the state, and was chosen Governor of the state in 1886.

Among many other positions of trust to which he has been called, and in which he has served with eminent ability, is that of chairman of a commission to treat with the Piute Indians, at Pyramid Lake, Nevada, concerning the relinquishment of a portion of their reservation to the United States, to which he was appointed by the President in 1891; the same year he was appointed by the President as the United States land commissioner at Samoa, the duties of which office he discharged until May 16, 1893, when he returned to this country and resumed the practice of his profession.

The subject of this sketch has been twice married: In 1862, to Jennie L. Briggs, daughter of Hon. E. N. Briggs, of Brandon; and in 1867, to Frances (Wadhams) Davenport, daughter of William L. Wadhams, of Westport, N. Y.

Always an ardent Republican in politics, he has been an active member of the state Republican committee, and a firm supporter of the principles and policy of that party.

He is a member of St. Paul's Lodge F&AM, of Brandon, and has long been a comrade of C. J. Ormsbee Post, No. 18, G.A.R., an order at whose annual memorial services he has been a speaker and participant for many years.

His religious preference is that of Episcopalian.

Governor Ormsbee Was Prominent in Town, State and National Affairs and Veteran of the Civil War.

Brandon, April 3. - Ex-Governor Ebenezer J. Ormsbee died here this morning at 7:30 o'clock. The funeral will be held Sunday afternoon at 2 o'clock at the Episcopal church. Mr. Ormsbee, who has been president of the Brandon National Bank since 1898, was in his ninetieth year and is survived by one adopted daughter, Miss Clara W. Ormsbee, one sister, Mrs. Abbie Wiley, of Ticonderoga, N.Y., and six nephews.

The deceased was governor of Vermont from 1886 to 1888 and was a banker and lawyer.

Ebenezer J. Ormsbee was born in Shoreham, June 8, 1834, the son of John Mason and Polly (Wilson) Ormsbee. He was educated in the public schools and academies of Brandon and South Woodstock. In 1862 he married Jennie L. Briggs of Brandon who died in 1866.In 1867 he married Frances (Wadhams) Davenport of Westport, N.Y. He taught school for several years and began the study of law in the office of Briggs and Nicholson at Brandon in 1857. He was admitted to the Vermont Bar in 1861 and enlisted in the "Allen Grays" a military company of Brandon in April 1861. Subsequently, this company was known as Co. G, 1st Regiment, Vermont Volunteers. He was elected second lieutenant April 25, 1861, and was with the company until the term of his enlistment expired.

Ormsbee then enlisted in Co. G, 12th Regiment Vermont Volunteers, and was commissioned captain. This regiment was attached to the Second Vermont Brigade in the 3rd division of the First Army Corps, Army of the Potomac, and took a prominent part in the Gettysburg campaign. He was mustered out of the service July 14, 1863.

In 1891 he was appointed by President Harrison as one of a commission of three to treat with the Piute Indians at Pyramid Lake, Nev., the object being to secure by payment of a consideration their relinquishment of claim on a part of this reservation. This commission succeeded in negotiating satisfactory terms for the purchase.

Governor Ormsbee was appointed by President Harrison to the United States land commissioner at Samoa to act with like commissioners appointed by Great Britain and Germany to adjust claims of foreigners to lands in Samoa, these claims representing many million acres of land. The commissioners were engaged from 1891 to 1893.