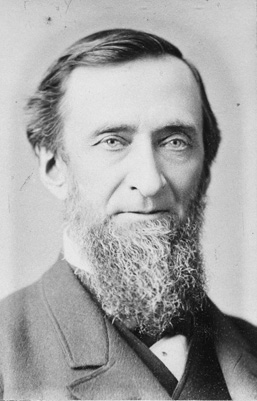 SENATOR PROCTOR A VICTIM OF GRIP

ONCE SECRETARY OF WAR

Governor of Vermont and For Many Years Head of Senate Committee on Agriculture - His Cuban Speech.

WASHINGTON, March 4 -United States Senator Redfield Proctor of Vermont died at his apartment at the Champlain this afternoon at 4:30 o'clock. He had been ill almost a week following and attack of the grip, which developed into pleurisy with pneumonia complications, affecting the heart. The Senator's son, Gov. Fletcher Proctor of Vermont, the Governor's wife, and several intimate friends were at the bedside.

While definite funeral arrangements have not been announced, Senator Proctor's body probably will be sent to-morrow evening to Proctor, Vt., for interment Friday. The Vice President and Speaker of the House of Representatives will to-morrow appoint committees to accompany the body to Vermont.

The news of Senator Proctor' s death reached the Senate a few minutes after 5 o'clock. Senator Warren, Chairman of the Committee on Military Affairs, was then urging the passage of a bill to increase the pay of the army, which is a measure that for many years had attracted the interest of the late Vermont Senator.

No announcement of the death was made to the Senate. The information was communicated to Vice President Fairbanks, who immediately advised Senator Warren. Mr. Warren asked that the pending bill be laid aside for the day. The Senate then adjourned. It was not desired to formally announce the death because it was thought best to lay aside business for an entire day in respect to the Senator's memory. The official announcement will be made to-morrow by Senator Dillingham, Mr. Proctor's colleague from Vermont.

Senator Redfield Proctor was born at Proctorsville, Vt., June 1, 1831. He came from old Vermont stock, his grandfather being the founder of the town in which he was born. The former was also an officer in the Revolutionary War. Senator Proctor's father, Jabez Proctor, was a successful farmer, merchant, and manufacturer.

Redfield Proctor was graduated from Dartmouth College in 1851, and from the Albany Law School in 1859. For a time he practiced his profession in Boston in partnership with his cousin, Judge Isaac F. Redfield.

At the outbreak of the civil war he enlisted in the Third Vermont Volunteers. He was commissioned as a Lieutenant, and became Quartermaster of his regiment. When he was mustered out of service at the end of the war it was with the rank of Colonel.

When the Senator was running for Governor of Vermont in 1878, his political opponents criticized his war record, saying that he never took part in an active campaign and never was on the firing line himself. This was explained by the fact that although his regiment was in reserve at the battle of Gettysburg, it was not called upon for service.

After the war he returned to his native State and formed a law partnership with Col. Wheelock G. Veazey. His business instincts, however, were not satisfied with the practice of the law, and he turned his attention to other matters. When the Sutherland Falls Marble Company became involved in financial difficulties, Mr. Proctor was appointed receiver. He straightened out the affairs of the company and developed the business beyond all expectations. His work in this field may be judged by the following figures:

In 1870 the value of Vermont's output of marble was $130,000, and in 1906 the figures reached more than $3,000,000. Senator Proctor invested a great deal of his personal fortune in the firm. It gave employment to 5,000 men. He was also interested in timber lands and Canadian water power development.

He was elected Governor of Vermont in 1878. He had served in both houses of the Legislature, and had been Lieutenant Governor.

He was appointed Secretary of War in President Harrison's Cabinet in 1889, but resigned two years later to accept the appointment of United States Senator from Vermont for the unexpired term of Senator George F. Edmunds. In the Senate he was for a number of years Chairman of the Committee on Agriculture, and both on the floor of the senate and in committee his habits and ideas dominated the details of the Agricultural Appropriation bill. He was a member of the Appropriations and other committees at the time of his death.

On the floor of the Senate, in the most exciting debates or in the arrangement of annoying details of business plans, Senator Proctor maintained an imperturbable calm. This at times exasperated the "hot heads" in the Senate, and on one occasion while debating with one of his colleagues his opponent dubbed him the "Tombstone Senator." This name came to be a standing joke, and whenever Senator Proctor appeared at the War Department during the Spanish war word was passed around that there had been another skirmish and the Senator of Vermont had come around to take orders for a few more tombstones.

It was Senator Proctor's idea to found an American breed of coach horse, and so earnestly did he advocate the proposition to Secretary Wilson that an experimental farm was established. The Department of Agriculture now promises a distinctive American coach horse.

When the Spanish Government was trying to suppress the Cuban insurrection and there was considerable agitation here against the measures adopted, Senator Proctor went to Cuba to learn the facts. When he came back he made a report to the Senate that aroused the country and largely intensified the feeling that this Government ought to intervene. This speech by Senator Proctor has been regarded as largely influential in bringing on the war.