ROBERT A. BABBITT M.D.
From the McKinstry Genealogy----Edited by The Hon. William Willis Of Portland, Maine

Surgeon Robert A Babbitt was the eldest son of Simeon A. Babbitt, of West Randolph, Orange County, Vt., and Emily, daughter of Alvin McKinstry, of Bethel, Vt., the son of Paul, who was the youngest son of Rev. John of Ellington Ct.. There was united in him, with the blood of the McKinstry's, that of the Rev Thomas Smith, the first pastor of the church in Portland, through his daughter Lucy, wife of Thomas Sanders, of Cape Ann.

He graduated at the medical college, at Albany, in 1860, at the early age of eighteen. In 1861 he joined the 8th Ct. Regiment of Volunteers, as a private, and was appointed Hospital Steward. In 1862 he was appointed superintendent of Hammond General Hospital, at Beaufort N.C.. In 1863 he was promoted Surgeon of the 1st N.C. Union Volunteers, having its headquarters at Washington, N.C.. In 1864 he received the appointment of Post Surgeon, at Beaufort, where in consequence of extensive and fatal disease, his labors were excessive, in which his health gave way, and he perished of yellow fever, Oct 16, 1864, in the 23d year of his age.

The Vermont State Journal, in an appreciative notice of this excellent young man says, "Though young in years, he proved himself eminently successful and efficient in his profession, and a faithful and devoted soldier to his country." 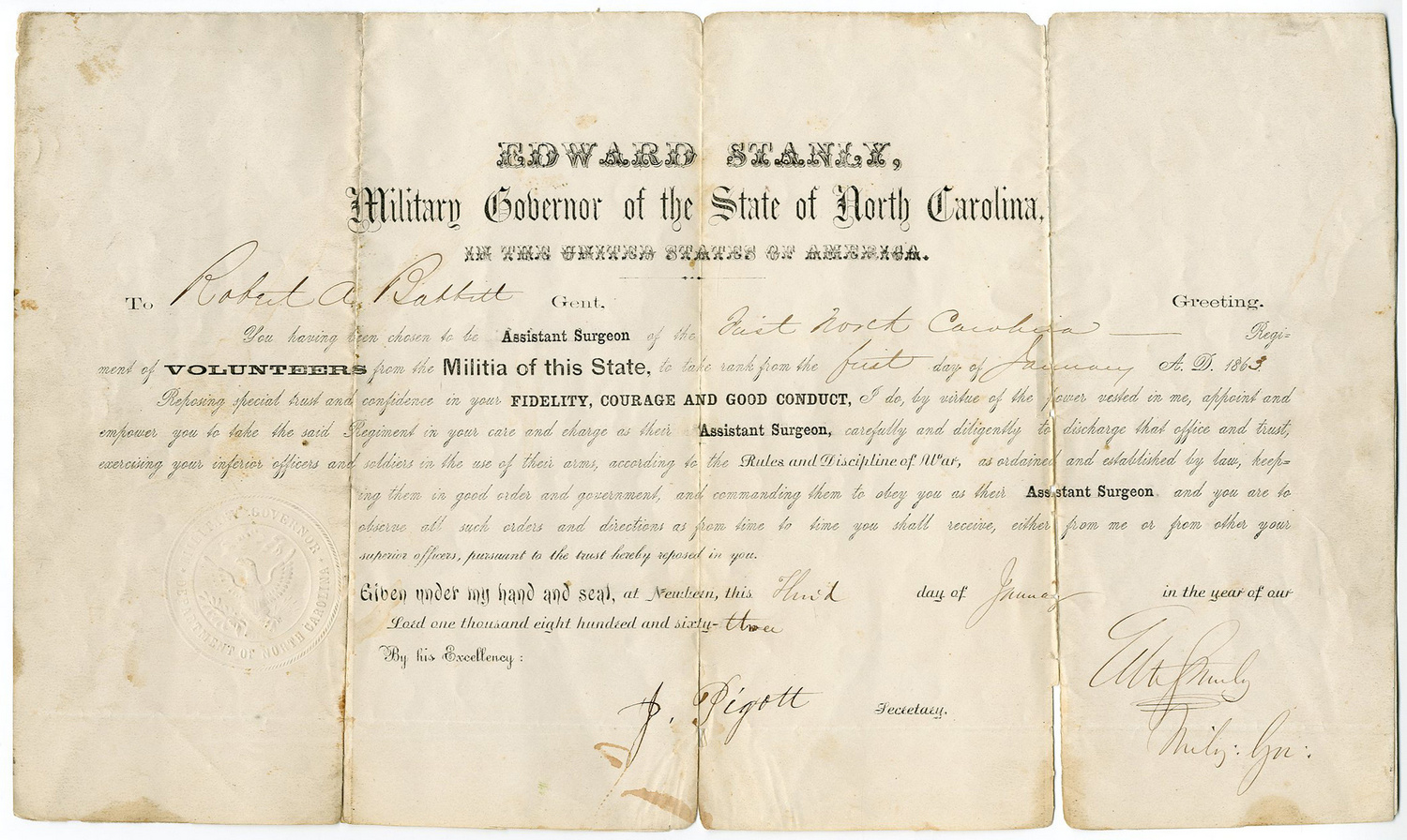 Courtesy of the Vermont Historical Society and Lynne Babbitt Eichenfield.

Click Here for a larger version of the graphic.