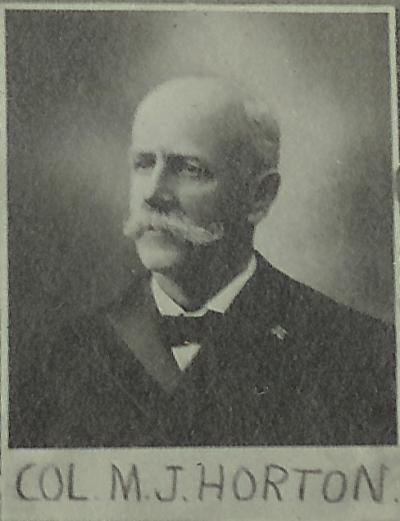 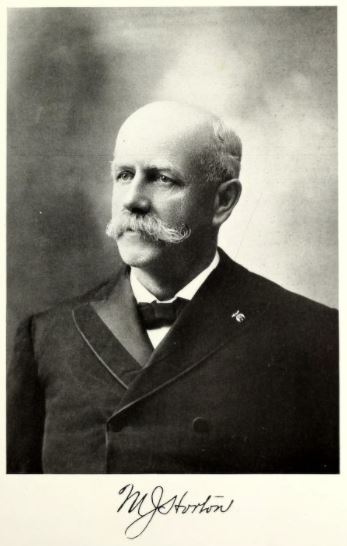 Was a Resident of Poultney and Prominent in Fraternal Orders

Myron J. Horton was born in Mount Holly, in 1841. In 1862 he was a resident of Westboro, Mass., and enlisted in the 57th Massachusetts regiment and served with it in the Civil War.

Mr. Horton came to Poultney in 1877 and had been since that time one of the leading citizens and merchants of that place. He had been for 15 years treasurer of the town of Poultney. In 1878, principally through his efforts, Joyce post, G.A.R., was organized and he was elected as commander. He was also re-elected to the same position in 1879 and by the unanimous desire of the post he was again elected as commander in December 1899.

In 1890 he was appointed by Governor Page as an aid on his staff with the rank of colonel. In 1891 while a member of the governor's staff he was designated as special escort for President Harrison

during his tour through Vermont as the representative of the governor.