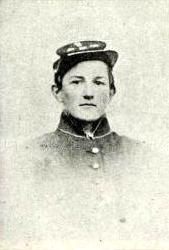 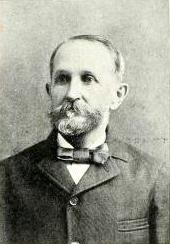 Charles E. White, a well-known resident of Barre and formerly in the mercantile business for many years, passed away at his home on North Main street Sunday afternoon at 4 o'clock. He was taken with a chill last Monday night and pneumonia developed shortly, there being no hope of his recovery from the start of that disease.

The funeral service will be held from his late home Wednesday afternoon at 2 o'clock, Rev. E. F. Newell, pastor of Hedding Methodist church officiating. Friends are requested not to send flowers.

Charles E. White was born in Candia, N. H., on Sept. 9, 1843, his early life was spent there and in South Deerfield, where he engaged in the mercantile business and remained in it for many years. He was educate at Pembroke (N.H.) academy. Mr. White enlisted in the 15th New Hampshire volunteers and served in the Civil war. He had been a resident of Barre for 26 years.

In this city he was a member of Hedding M. E. Church, of Crandall post, Grand Army of the Republic, and of the R.C.I.P.A. He was highly esteemed by a large circle of acquaintances and he was always interested in the building up of the city.

He was married on July 23, 1870, to Judith Boyce, sister of the late William A. Boyce of Barre. Six children survive as follows” Misses Carrie and Mary White, who reside with him; Fred I. White of Hardwick, Mrs. Nat Keith of Barre, and Mrs. Robert Nelson of Boston; also three grandchildren, Robert and Roland Nelson and Ralph Keith. There also three brothers, Francis L. and George B. of Boston and Woodbury R. White of Lowell.