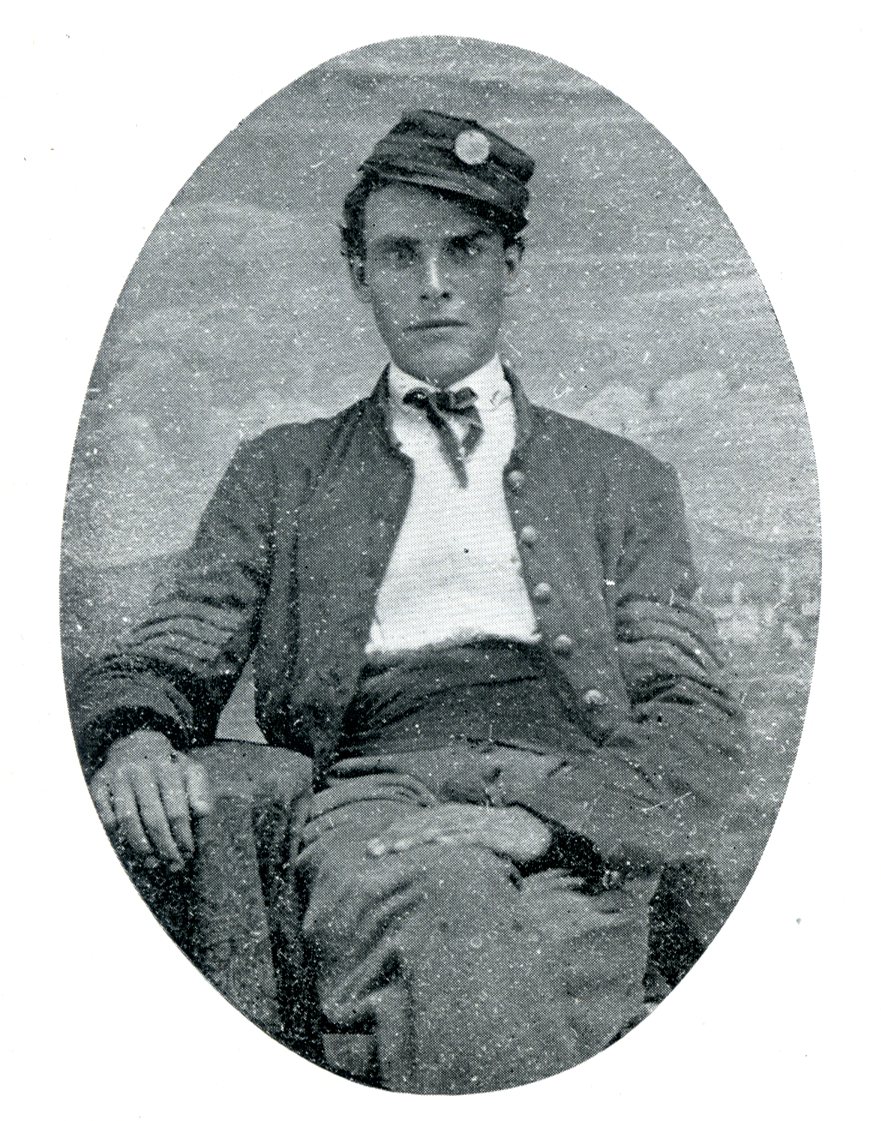 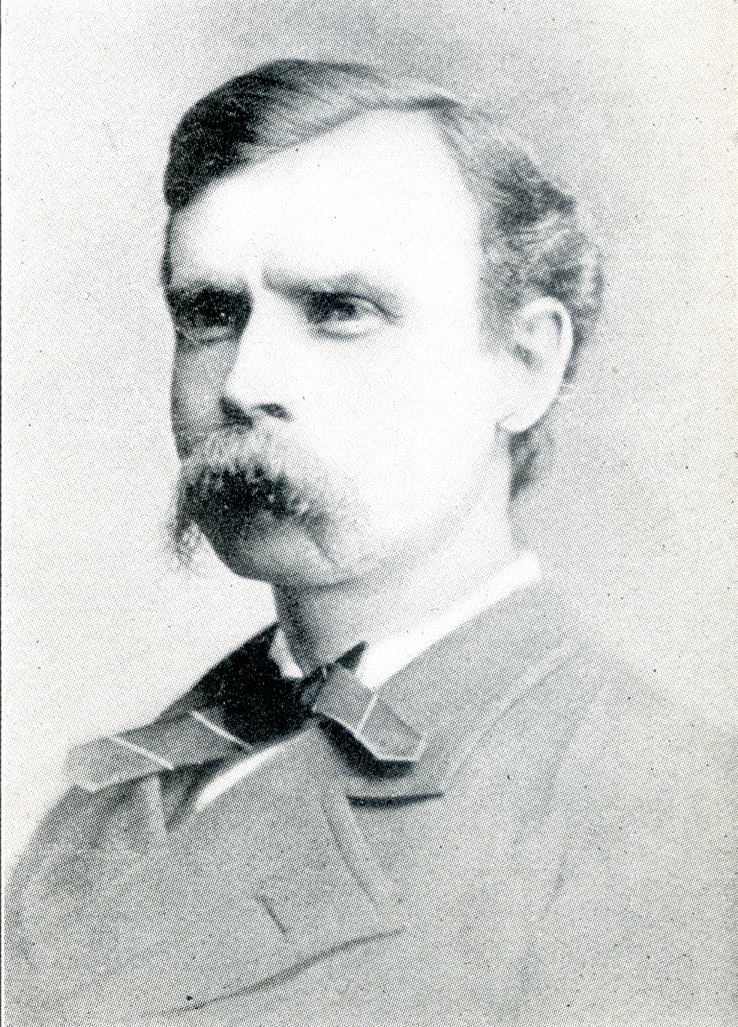 A TRIBUTE TO SERGT. JAMES B. SCULLY BY H. W. ALLEN AT A REGIMENTAL REUNION HELD AT MONTPELIER, VT.

A TRIBUTE of affection and respect to the memory of my deceased comrade is to me a labor of love. We have worked together and planned together for over forty years, in the same line of business, competitors, in these days of close competition, yet I do not recall the time when I would have felt the least hesitancy in asking a favor, or a time when I would not have been willing to grant one, either of a personal or business nature. Belonging to the same political party, usually in accord, he was always enthusiastic and ready to labor in the interest of that party and for its interests.

James B. Scully was born in Burlington October 7th, 1842; he attended the public schools until the age of 14, when he began services as a clerk in a dry goods store. When the war came he was ready to shoulder his musket in the defense of his country, enlisted with Capt. Lonergan in a militia company, known as the Emmet Guard, afterwards Company A of the 13th Regiment; was at the organization appointed Second Sergeant. Early in 1863 was promoted to Orderly Sergeant and served with the company until he was mustered out at Brattleboro. He was a good soldier, prompt to obey orders, obliging and kind, yet a good disciplinarian, and he had the friendship and respect of every man in the company as far as I know. He was of untiring service to his comrades whether belonging to the 13th or to other organizations.

The prominence of Orderly Sergeant Scully in the movement made by the regiment on the third day of the battle at Gettysburg, prompted Mr. Benedict in his history, "Vermont in the Civil War," to allude to him as the pivotal man in the pivotal battle of the war, how well he performed his duty all through his service and in the trying times I can speak from personal knowledge. He has said many times that I was next in line when Pickett's charge was repulsed; I think, however, he was mistaken, if my memory serves me rightly. Corporal Patten was in the front rank, and I in the rear.

Sergeant Scully reenlisted in the 26th New York Cavalry known as the Frontier Cavalry, was promoted to Sergeant May 13th, and mustered out June 27th, 1865. After- wards served three years as second lieutenant in the Burlington company of the First Regiment, Vermont Militia, retiring in 1871.

He was an active member of Standard Post, G.A.R.; filled the several offices of Adjutant, Junior Vice Commander, Senior Vice Commander and Post Commander with credit; was Assistant Adjutant General, Department of Vermont, 1885, always a most useful and hard working member oŁ the Post. The confidence of his fellow citizens was shown by his appointment as Notary Public, election as Justice of the Peace and election April 30th, 1896, as a delegate to the National Republican Convention; he was appointed Aide de Camp to General Horace Porter. Grand Marshal of the Parade at Washington, at the Inauguration of President McKinley in 1897. He was a life long Republican, an earnest and indefatigable worker, not for his own benefit, but for the principles and interests of that party. He was the most genial and affable of men; his friends were legion and his word was as good as a bond; he was a good soldier, a good citizen, a good husband, a good father and a loyal friend, he is missed in the community in which he lived.

He was Instrumental in issuing the call for the first reunion of the regiment in 1888 at Underbill. The signers of the call were W. D. Munson, L. F. Terrill, John H. Lyon, T. F. Whipple, H. W. Allen, J. B. Ellis. A. D. White and J. B. Scully. He was elected first Secretary, later was elected President of the Association, his interest in behalf and for the benefit of the comrades was unceasing.

Editor Whitney, of The Northfield News had this to say of him: "The sudden death in Washington of James B. Scully, of Burlington, comes as a shock to his wide circle of friends in Vermont.

"Mr. Scully was a self-made man, serving first as a clerk, and afterwards conducting a leading dry goods business in Burlington. He was a veteran with a highly honorable record and tor years had been an Influential Republican in his city and county. During the past few years he had been a door-keeper in the House of Representatives in Washington, a position he admirably filled. A rare characteristic of Mr. Scully was his loyalty to his friends and associates and his cordial outspoken honesty. Many have lost a true friend in the death of this worthy upright citizen."

We miss him at the reunions. We miss his cordial hearty greetings and as the years roll by he will not be forgotten by those of us who are left behind.

Mr. James B. Scully, a doorkeeper at the House of Representatives died early yesterday morning after a brief illness. He had been in fairly good health and was out of doors the previous evening. Becoming seriously ill during the night, a physician was called, but weakness of the heart soon brought about his end. A telegram was forwarded by Assistant Sergeant-at arms Kenney to George Scully a son residing in Burlington, Vt. This son replied that he would be in Washington today to take charge of the remains.

The deceased was a veteran of the Civil war and was mustered out as a sergeant of Company A, Thirteenth Vermont volunteer infantry. He contracted malarial poisoning while in the army, and was pensioned for disability. He came here over a year ago as an appointee of Representative Foster of Burlington and was stationed on the east door of the House. He ha been living at 152 A Street Northeast the residence of Richard I. Hagan and was there at the time of his death. Mr. Scully was a widower, but has several children living in Vermont.