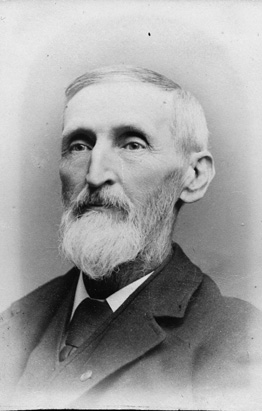 Oscar W Sherwin, 73, died at his home, 31 South Main street, Thursday morning. He was a son of Jonathan and Margaret Christy Sherwin of Grafton, where he was born Nov. 10, 1825. He came to Brattleboro in 1864 and has lived here the greater part of the time since. He was among the oldest employees of the Estey Organ company. He was a member of Company D, Sixteenth Vermont regiment, and of Sedgwick post, G.A.R., of Brattleboro. He is survived by a wife and daughter, Mrs. P. E. Polland of Waltham, Mass., a brother, Solon Sherwin of Springfield, this state, three nephews, Christy Sherwin of Dallas, Texas, C. H. Cambridge, principal of the Peacham (Vt) academy and Prof. W. H. Cambridge of St. Mark's school, Southboro, Mass. Mr. Sherwin was highly esteemed by all who had acquaintance with him. Unassuming in manner, he held his friends by force of upright character, being well informed from careful reading and possessing a retentive memory his conversation as such that as would leave a lasting impression for good. Later years have brought him much ill health. Careful nursing by a faithful wife has alone given to him his three score years and 10.