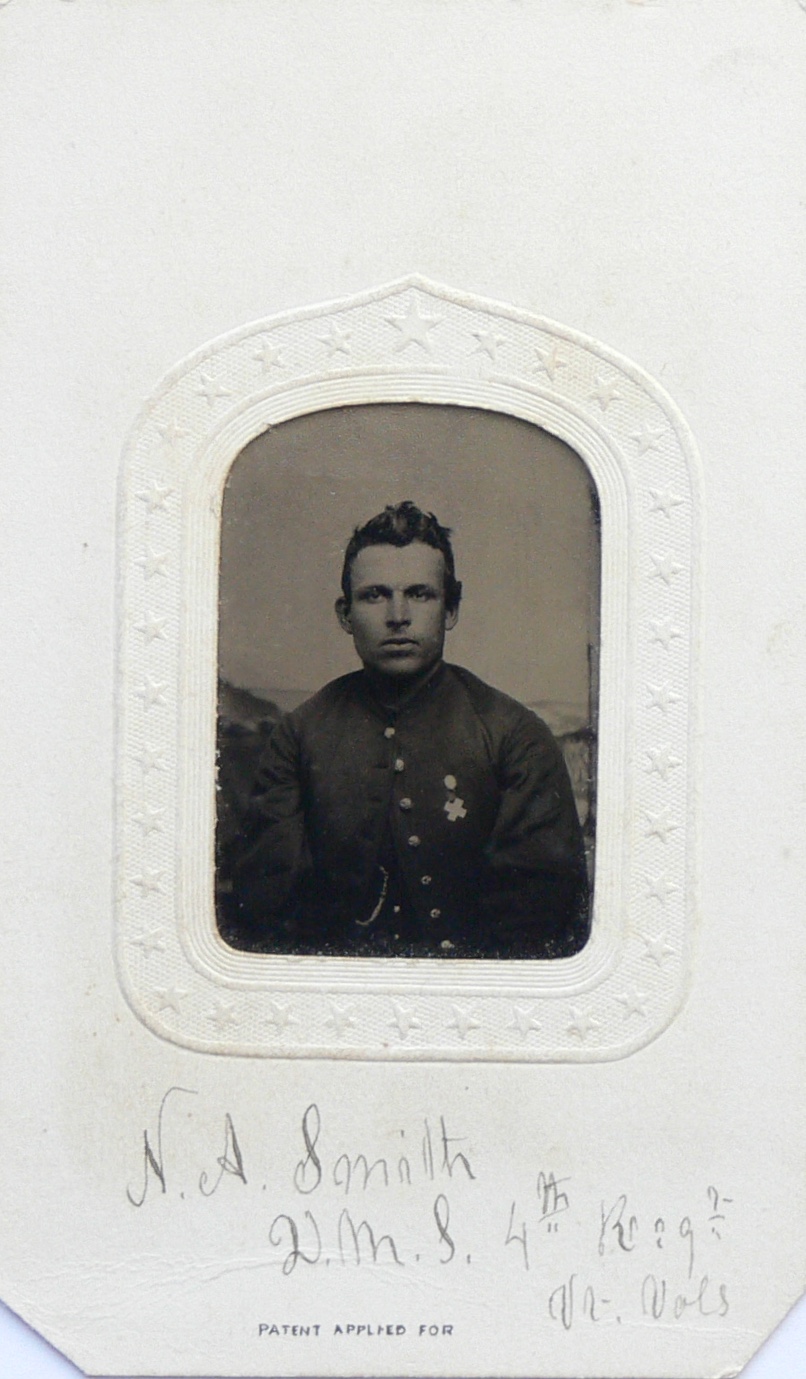 Nathan Abner Smith, a well known veteran of the Civil war died at the home of Mrs. George R. Smith, Beech street yesterday afternoon. He was in his seventy third year. For the past five years Mr. Smith has lived on the place known as the "Billy Weeks' place about two miles west of the Bennington Battle monument, noted for many years for its splendid orchard and for one of the largest and finest shaped maple trees to be found in this section.

Mr. Smith was born in Arlington, January 31, 1841. He served in Company A, 4th Vt. Vols., and it was the men of his type and character that made possible the history of this regiment known throughout history for its fighting record. He returned a lieutenant of his company. He is the last of five brothers who served their country in its time of need. No better memory of him can be left in the hearts of his legion of friends than that he was a good soldier in the highest sense of the words.

After the war he was for a number of years the trusted agent of the late Prof. Mowbray of North Adams, in charge of transporting large quantities of nitro glycerine to many points in the United States and Canada. For some years he was an efficient member of the North Adams police force serving under Chief Dineen.

His many friends will mourn his passing. He is survived by two sisters, Mrs. D.A. Millard and Mrs. Mary Rider both of Chicago, one daughter, Mrs. Clara Brown of North Adams , and three grandchildren, Mardel, Jennie and Doris Brown of Rowe, Mass.

The funeral will be held Thursday At 2 p.m. at the residence of Mrs. Geo. R. Smith, 145 Beech street. Interment will be in Hillside cemetery, North Adams.