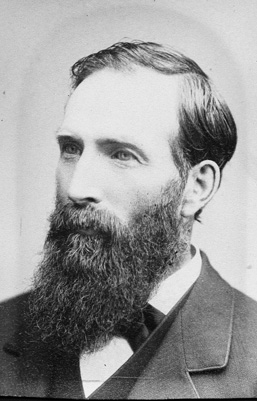 (7) Adoniram Judson, seventh child of Dan and Hannah Blakely, born in Pawlet, June 20, 1834, graduated from Union College in 1859, studied law and was admitted to the bar, practicing with Hon. A. B. Waldo, at Port Henry, New York, until on the breaking out of the Civil war, he raised a company for the Ninety-sixth New York Volunteers, but disagreed with its colonel and declined to enter service. He afterward enlisted in the Fourteenth Vermont Infantry, and was first lieutenant of Company B, serving in the Army of the Potomac, in Stannard's brigade, Doubleday's division, and in the battle of Gettysburg. In 1867 he purchased a farm in Grinnell, Iowa, and has since engaged in the occupation of agriculture. He is well known among political men, and belongs to the People's party. He was married April 12, 1S88, to Elizabeth Sulser, a native of Switzerland, and has had five children, three of whom are living, one son, Adoniram Judson, Jr., and two daughters.