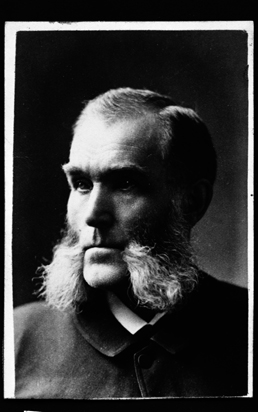 Mr. Editor: --- Every practical department of true patriotism which comes under our observation, naturally tends to inspire us into a deeper love for, and devotion to our country and its civil and religious institutions.

Hence the patriotism of the good people of this village received a fresh impetus last week, by the exhibition in our midst of the military powers of the 'Morgan Guards" it was with much interest that we witnessed their various evolutions in our streets, and we were forced to acknowledge that the evident proficiency which they had made in military tactics in the very brief period of time in which they had been drilling, which was to reflect honor, not only upon themselves, but upon those under whose supervision they had been disciplining.

Their Captain, Prof. A. J. Blanchard, evidently possesses the requisite qualifications to ensure to him a successful military career. Combining as he does the advantages of scholarship, with great intrepidity and decision of character, and a heart overflowing with love for his country, and deeming no sacrifice ( not even that of his life if need be) too great for him to make, to secure our national honors and the perpetuation of our glorious institutions, he cannot ( if his life is spared) but return from thr battle-fields with military honors.

He has gone from this community nobly and bravely, cheerfully responding to the call of his country, leaving behind him many warm hearts, in whose affection he occupies a large place. Not the least among them is that of a loved companion, equally as brave as himself, and though she loves her husband with all the characteristic devotion of a true wife, can nevertheless bid him God-speed in his laudable course. The feeling that she can better evince her affection for him and love for her country, than by selfishly opposing him when he most needs her encouragement, to enable him to break away from the endearing associations of home and friends, to respond to what he regards as an imperative call of duty,

He stands at the head of a brave and noble company, one which we understand is called by their " Medical Inspectors" the best which has yet been submitted to him for examination. And we are confident that should the hour ever come in which their bravery and courage should be put to the test, they will not disappoint the expectations of their friends, but will nobly go forward to the battle-fields and shed the best drops of blood ( if need be) in the defense of their country. While the men were showing their patriotism here last week, the females were at the same time, engaged in giving proof that they too had some of the blood of '76 coursing in their veins. On Monday and Tuesday a goodly number of warm hearts were engaged at the Town hall in making overalls, havelocks, needle-books, &c. for the Morristown boys connected with the "Morgan Guards", and the presentation of them on Wednesday morning by Capt. Blanchard, drew tears from some eyes doubtless unaccustomed to weeping.

Things have come to a strange pass in our beloved country. In vain we search the historic page for precedent of the existing state of affairs. In the southern section of our glorious confederacy a rebellion, systematically organizes, gigantic in its proportions, inhuman in its purpose, unscrupulous in the employment of means to carry out its full designs regardless of honor, decency and humanity, inquisitorial in the extreme, akin to anarchy, allied to despotism, the offspring of vaulting, misdirected ambition, the pet of infuriated demagogues and shameless politicians, has been instituted, the proceedings of whose leaders would cause Satan himself to blush with shame. The rebellion has been instituted, but not consummated. The end of these things is not yet. The end of rebellion will be found at rope's end. The government at Washington, fully aware of its high responsibility and great danger, actuated by sterling patriotism, and acting with the utmost vigor, has called upon the sturdy yeomanry of the North to display their loyalty and arm for the conflict. Nobly, sublimely, have they responded to the call. Witness the mighty uprising! Three hundred thousand men prompted by the spirit of the Revolutionary heroes, which sometimes slumbers in the breasts of the American people but never dies, have rushed forth to the rescue. Who does not admire the self-denial the patriotism, of the men? They are urged on by a sense of duty, a love of country, not by mere monthly wages; yet as the minister could preach more effectually with money in his pocket, so the soldier will feel better and fight better when he promptly receives his just dues and is well cared for.

The enlistment of the soldier is a compact entered by himself and the State and General Government to do certain things. The obligation is equally binding on both parties; hence a failure on the part of either to observe the agreement, to say the least, great dissatisfaction on the part of the sufferer, destroys his confidence and leaves very unfavorable impressions on the mind. The best, and only way, to make soldiers efficient and obedient is to feed them well, clothe them well, and arm them well. The Volunteers of New England, and Vermont particularly, are generally very intelligent men. They know what their rights are, appreciate favors, and resent wrongs and injuries. It must be admitted that they are sometimes difficult to please and have wrong conceptions of what constitutes true nobility and manly independence, yet this is the exception and not the rule.

The men of the 3d Regiment are noble fellows, generally speaking; they are finely formed, and excel in muscular development. Physiognomy indicates that wounds will not be in the back. They will not learn how to ground arms --- they will return "with their shields or upon them." It is ardently hoped that they will be armed with effective guns. The importance of this cannot be over-rated. They are to contend with wily Southern desperadoes armed with improved rifles, revolvers, and bowie-knives. The game is not to be a drawn one. The Vermont boys must win. Physically and intellectually they are superior to the rebels, and as their should be a just correspondence in all things, let them have superior arms and they will valiantly try titles for the right. They should be furnished with good substantial clothing. May it not be permitted that they be compelled to wear their overcoats to hide their nakedness when they get to Washington, like some of the troops now there. This is a burning disgrace, and outrage on common humanity. In respect to clothing, there is a grave fault somewhere, to call it by no harsher name, and as nearly can be ascertained, it falls on the maker of the garments. Soldiers shirts now -a days are just long enough for undershirts, have stitches half an inch in length, and fall to pieces by being worn a week. A man who will cheat the soldier, who leaves his cheerful fire-side, his friends, and all his luxuries of the Green Mountain State for the "tented field," and the dangers incident thereto, in this way, would rob his mother of her grave clothes; he should be overwhelmed with the just indignation of a justly indignant people.

Vermont raises brave men and noble women; she is now sending out her loyal sons, the very bone and sinew, and intelligence of the State; may they go substantially clothed and fully armed, and the people may rest assured that they will do their duty. We have no fears of being forgotten by the loved ones at home; for them we don our armor, and away to the battle field; their kind words, smiles and numberless little favors which they are continually conferring to make us comfortable, will ever be remembered and incite us to manly action in times of danger.

Prof. Andrew J. Blanchard died Thursday morning, May 21st, at the home of his daughter, Mrs. Charles Pitchard, in DeKalb,Ill. Prostrated by pneumonia he lay for many days last winter with his life hanging in the balance and though having rallied, such strong inroads into his constitution had been made, though having recovered from the disease a gradual decline set in.

Mr. Blanchard was the head of Peoples Academy in Morrisville in the 50's and when the assulting (sic)guns in Charleston reverberated among the Green Mountains Mr. Blanchard relinquished his position and raised a company of volunteers, which was assigned to the Third Vermont Infantry, with himself as Captain. The command joined the army of the Potomac. In November of 1861, on account of disability, he was honorably discharged. He returned here later and was the first Professor of the school after the new Academy was built on the present site. His wife died several years ago.