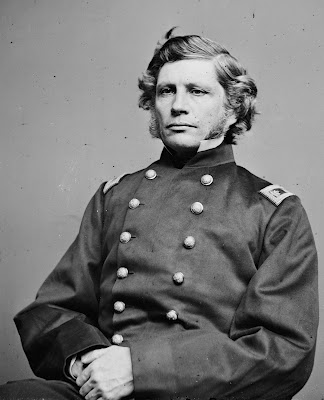 Antonia Ford lived at the home owned by her father, Edward R. Ford, located across the road from the Fairfax Courthouse. General J.E.B. Stuart was an occasional visitor at the home, as was his scout, John Singleton Mosby.

Federal troops occupied Fairfax in 1861, and Antonia Ford passed along to Stuart information on troop activity. Gen. Stuart gave her a written honorary commission as an aide-de-camp for her help. On the basis of this paper, she was arrested as a Confederate spy. She was imprisoned in Old Capital Prison in Washington, D.C.

Major Joseph C. Willard, a co-owner of the Willard Hotel in Washington, D.C., who had been a provost marshal at the Fairfax Courthouse, negotiated for Ford's release from prison. He then married her.

She was credited with helping plan the Confederate raid on the Fairfax County Courthouse, although Mosby and Stuart denied her help. She has also been credited with driving her carriage 20 miles past federal troops and through rain to report to General Stuart, just before the Second Battle of Manassas/Bull Run (1862) a Union plan to deceive Confederate troops.