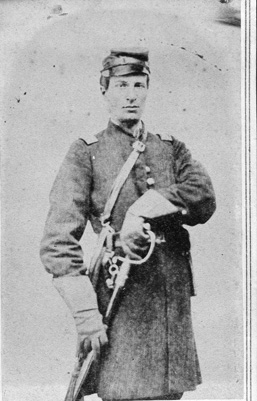 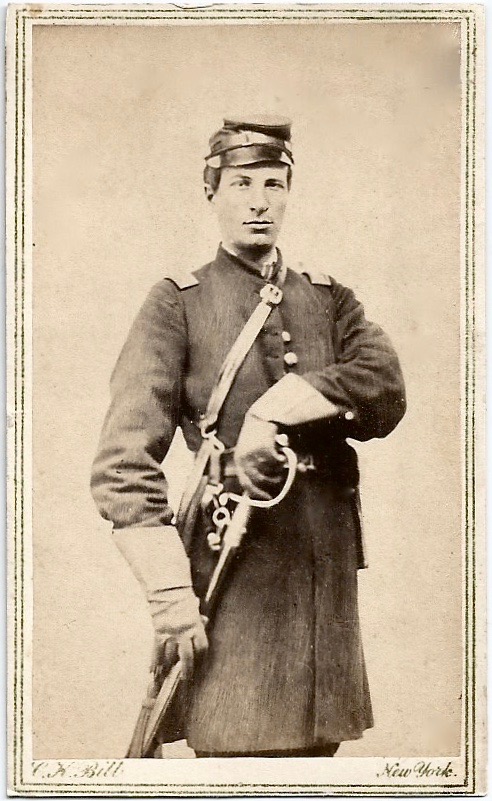 Lieutenant Samuel Sumner, who was killed at the late battle before Richmond, at a place called Savage's Station on Sunday evening June 29th, had in a course of a three years' residence at this place, become much endeared to the citizens here that the loss will be so widely and severely felt

It will be remembered by most of you that read this article, that Lieut. Sumner, when he enlisted had partially completed his professional studies with his uncle, Mr. Childs, of this place, and would doubtless, before this, had he not been called elsewhere, been prepared to enter into the practice of law. But it was ordered otherwise; among the first to respond to the urgent appeal for men, he, of all those who have from this vicinity, is among the first, if not the first, who has been called to offer himself upon the altar of his country.

The enemy were pressing heavily on our rear at this point, and Smith's division, to which the Vermont Brigade is attached, was sent to drive them back, which they did most handsomely, though with considerable loss.It was in this attack that Lieut. Sumner was killed.

Thus in the morning of life, while looking forward with earnest and hopeful expectation to the future, far out on the field of battle, away from the kind care of friends, passed from time eternity, the dutiful son, the affectionate brother, the true and faithful friend.It were vain to speak of his many virtues, for they were too well known to need mention.yet it would be paying too little respect to the rememberance of the dead, as well as too little deference to the feelings of the living who mourn his loss, not to alude to the generous impulses of his nature, which, while they won confidence and affection of all with whom he associated, prompted him to offer his services in behalf of that cause of which he so nobly and heroically laid down his life.

To all who knew him, his sudden death will be the occasion of sad and affectionate rememberance; while to his more intimate friends- to aged parents, his brothers and sisters, whose immediate pride and joy he was, his loss will, indeed, be irreparable. But the poignancy of the grief which pervades not only the afflicted family, but the entire community, is mellowed by the reflection that he died standing up manfully in defence of the cause which he, in common with all of us, held so sacred and dear.We are taught by him who spake as never man spake, that greater love has no man than this, that he lay down his life for his friends; but what shall we say of that love which prompts a man to offer himself a willing sacrifice, not only for his friends, but also for a stranger; not only to relieve the distress of particular objects of affection, but to succor the wants and better the conditions of all his countrymen; and as the imagination goes back to that holy Sabbath evening, and lingers for a moment o'er that field, which, despite the sanctity of the day, was being crimsoned with the blood of slaughtered men, in the midst of the dreadful carnage, we see in this gallant youth at the head of his command, marching steadily and triumphantly on to this glorious death , which was to place his name above the reach of malice or detraction.

A letter to his sorrowing parents of the deceased; Captain Benton thus speaks of him: Samuel was in command of the company, and led it to the charge nobly. He fell early in the fight, pierced through the heart. He died with but a single groan, at the head of the company, his last words being of cheer and encouragement to his men.

On Sunday next, Rev. C.W. Piper, of Bakersfield, will preach in this place, and in the afternoon will will preach a sermon on the death of Lieut. Sumner, who was killed in the Battle of Savage Station, on the 29th of June last. Lieut. Sumner was the first of the Hyde Park boys to die in battle, and this will be really the first time our people have been called upon to mourn the loss of friends in this unnatural strife. The occasion will therefore possess a melancholy interest, and doubtless many having friends exposed as he was to the dangers of the battlefield, will attend, and listen to such words of advice and consolation as the preacher may be moved to utter.

Oh, it is sad, sad, to think of all the woe this war is bringing upon the land. May heaven interpose and give speedy success to the right. We are all ready and willing to sacrifice everything, even to life itself, but we can not help feeling sad at the thought of the many desolate homes with which the land is being filled.

Lieut. Sumner was necessarily left upon the field when he fell, and strange hands placed him in a soldiers grave, where he will remain till the summons of the last day.