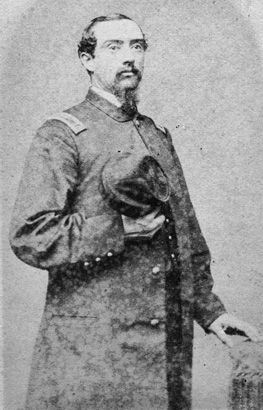 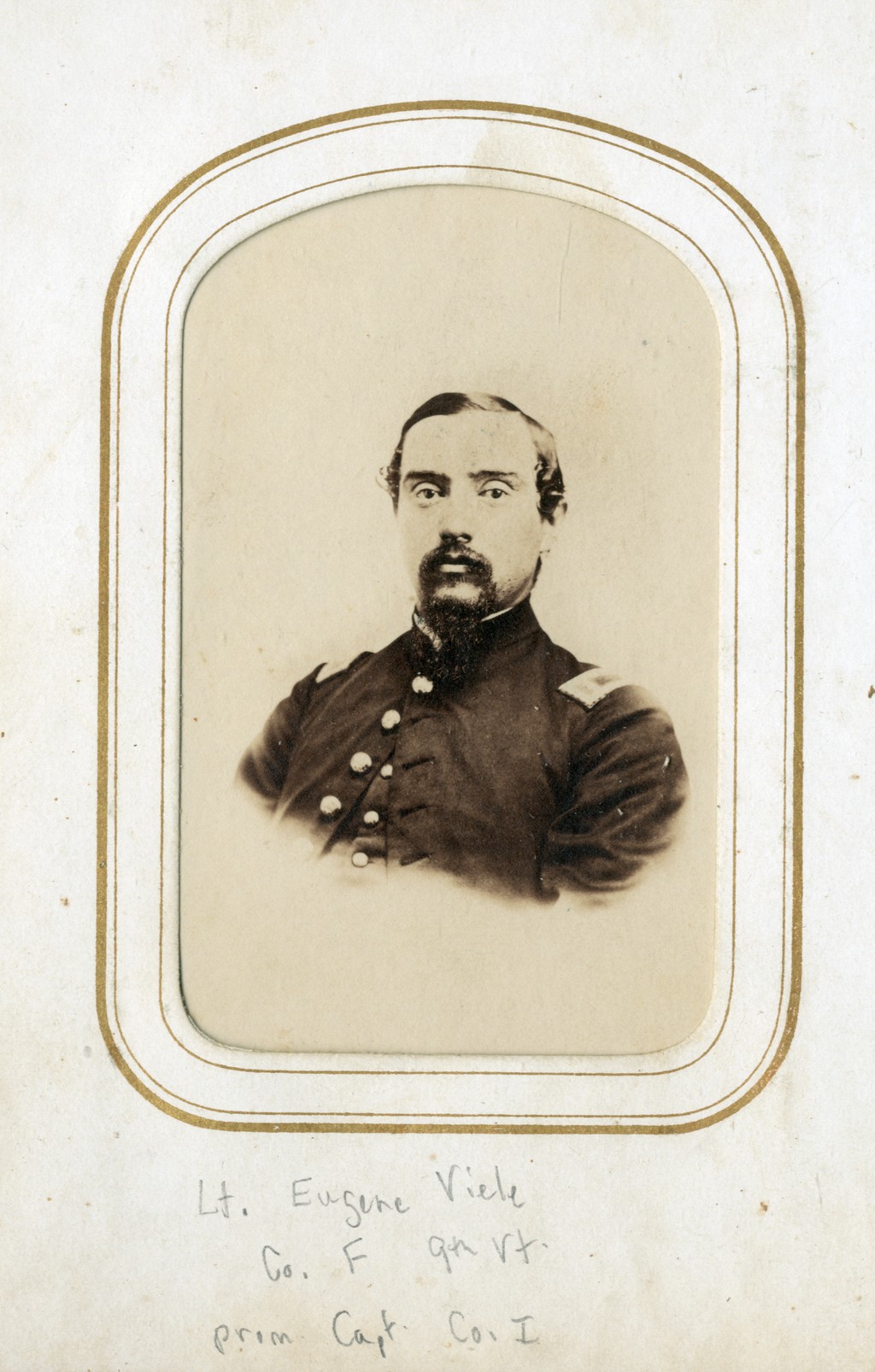 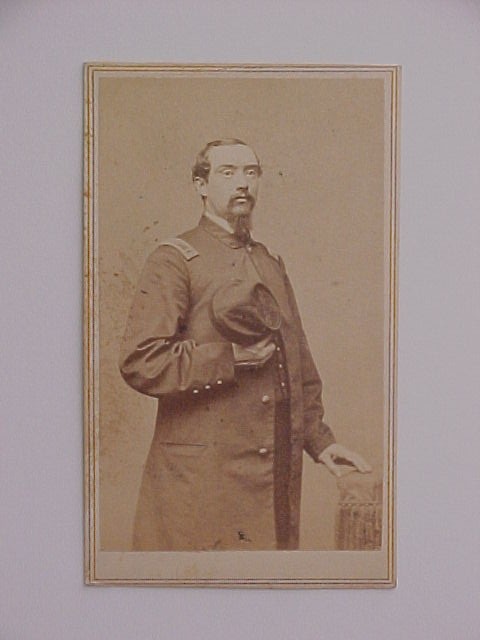 Eugene Viele was the son of William Bradshaw and Celinda (Boynton) Viele.

Eugene Viele was a young man when the War of 1861 occurred. He "enlisted from Hinesburg, Vt., in Co. F, 9th Vermont Volunteers, and was commissioned 1st Lieut. June 25, 1852; promoted captain Co. I, 9th Vermont, and commissioned Dec. 22, 1863; mustered out of the service of the U. S. June 13, 1865." He was in many battles; on the 15th of September, 1863, he was captured with his Regiment at Harper's Ferry, and sent prisoner to Chicago, 111., as paroled prisoner, but on January 10, 1864, he was exchanged. He was with Gen. Keyes in the Peninsula campaign and with the Army of the Potomac in front of Petersburg, and engaged in the terrific battles about Ft. Harrison, Va., in Sep. 1864. On the morning of Apr. 3, 1865, Capt. Viele was present with his command at the capture of the city of Richmond. He had been detailed in the fall of 1864 as ordnance officer of the 25th Army Corps (Maj. Gen. Weitzel commanding), and he took one of the first ordnance trains into Richmond after its capture. Theo. S. Peck, of Burlington, Vt., who was one of his comrades, says in a letter to his widow dated Nov. 19, 1909: "He was a good soldier, fearless and courageous, a thorough gentleman and a noble man." He was said to have been one of the best ordnance officers in the Army of the James. He received an injury to his leg by his horse falling on him, which, although it did not incapacitate him at the time, produced results which caused his death. (He left one daughter.)