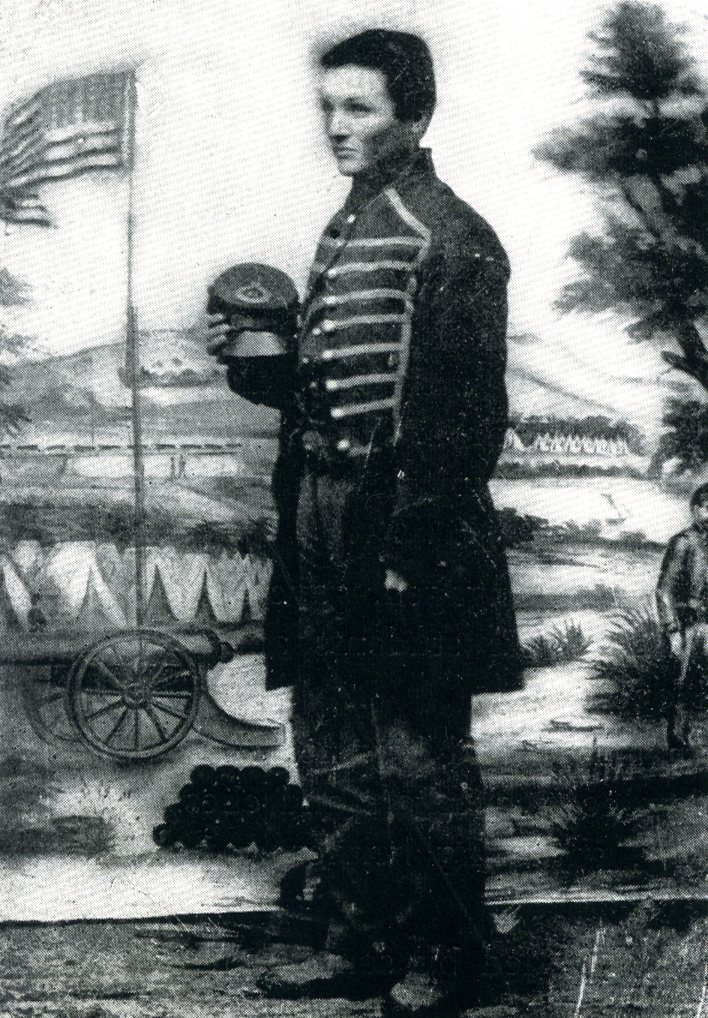 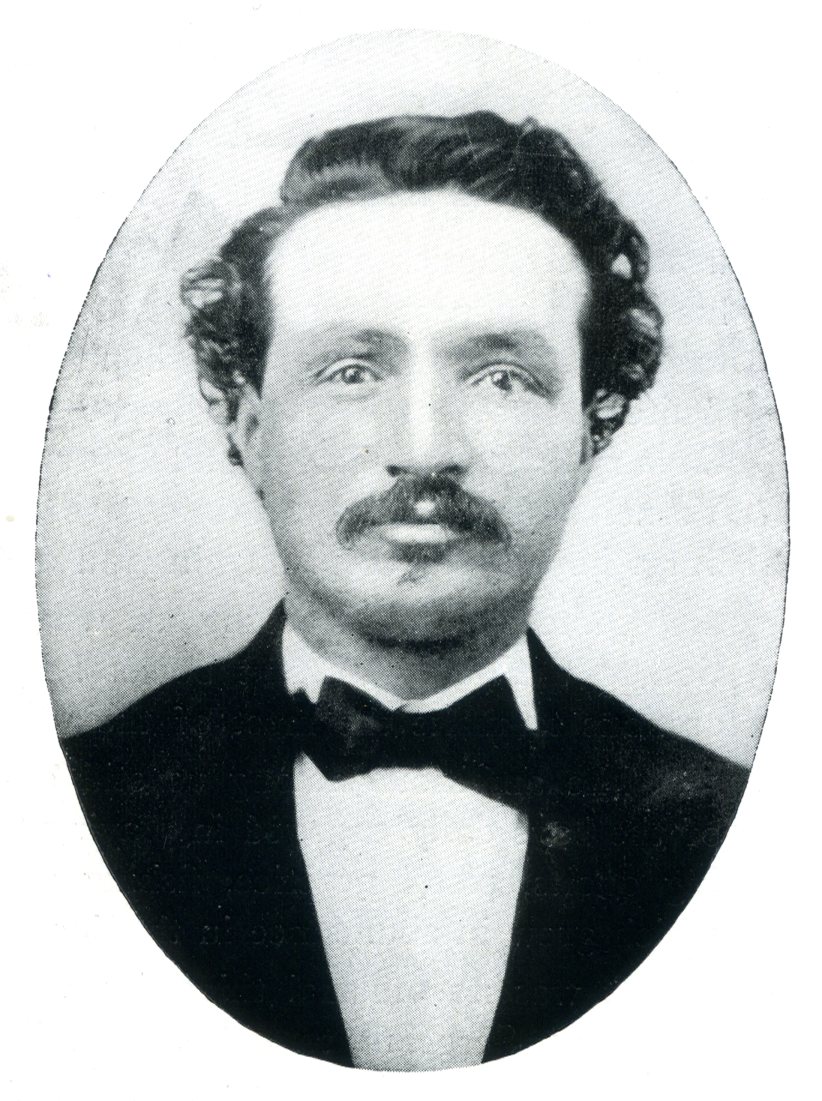 WILLIAM HENRY HARRISON WAKEFIELD He was born in the East part of Montpelier, Vt., In the Morse neighborhood, so called. May 24, 1840. He was a son of Elias and Relief Eddy (Ormsbee) Wakefield. His education was in the old district school. He remained at home until he volun- teered in August, 1862. There was to him no place like home. He was a good musi- cian and belonged to the regimental drum corps. He served his country in two regi- ments, the 13th, Company C, and the 17th Company E. He was once wounded in the ankle by a bursting shell. Comrade Wakefield was born the same year of General Harrison's election as President and hence was as boy and man called "Tip." He resided in Montpelier for many years but failing health compelled him to seek out- door work. Was a first class painter and was employed in the cab shop. He bought a farm on Gould Hill and sought health on account of diseases contracted in the service. He was twice married. His first wife was Elizabeth Ripley of Middlesex and one son was born to them, Dr. L. C. Wakefield who died suddenly May 24, 1904. His second wife was Emelia Jones, to whom he was married about 30 years ago. Com- rade Wakefield was very much liked by his old comrades in arms. He has gone to his reward and is missed by all who knew him. And thus it is, one by one the boys that fought for home and country are rapidly passing away. Comrade W. H. H. Wakefield died May 3rd, 1905, and buried in Green Mountain Cemetery, Montpelier, Vt. See page 170 for pictures of Comrade Wakefield.

W. H. Wakefield, a veteran of the Civil War, died at Burlington Wednesday, after a long illness of rheumatism and Bright's disease. He enlisted in 1862 as a musician in Co. E, 13th Vt., Vols., and re-enlisted as a private in Co. E, 17th Vt. Vols., serving until the end of the war.