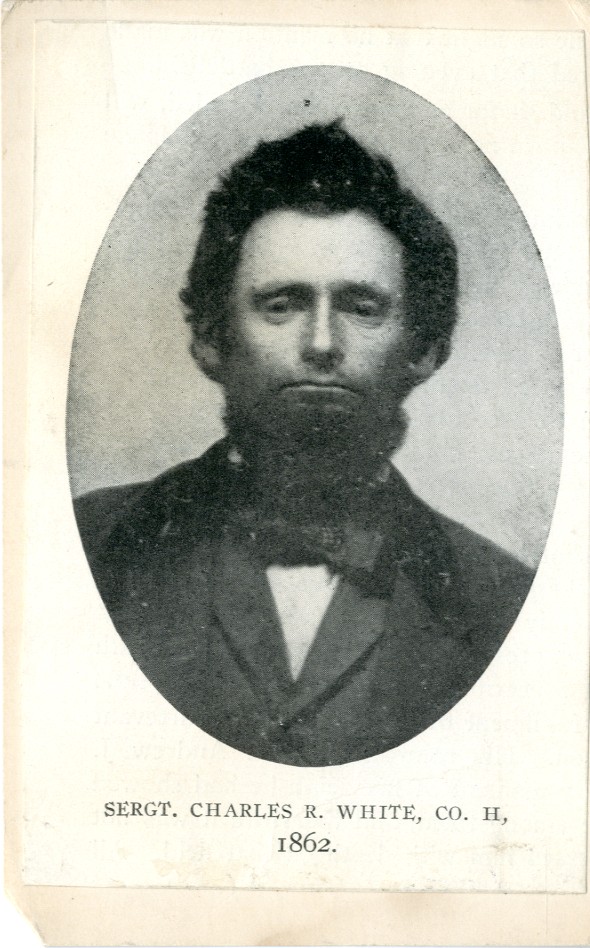 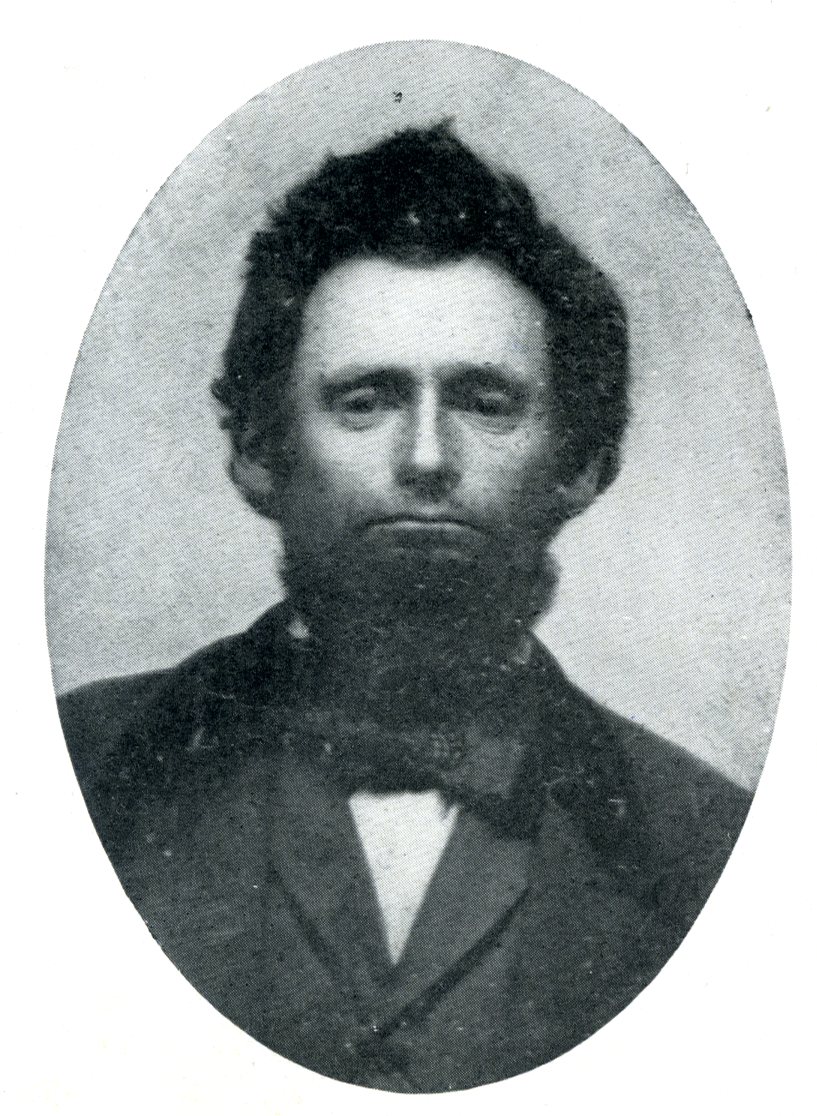 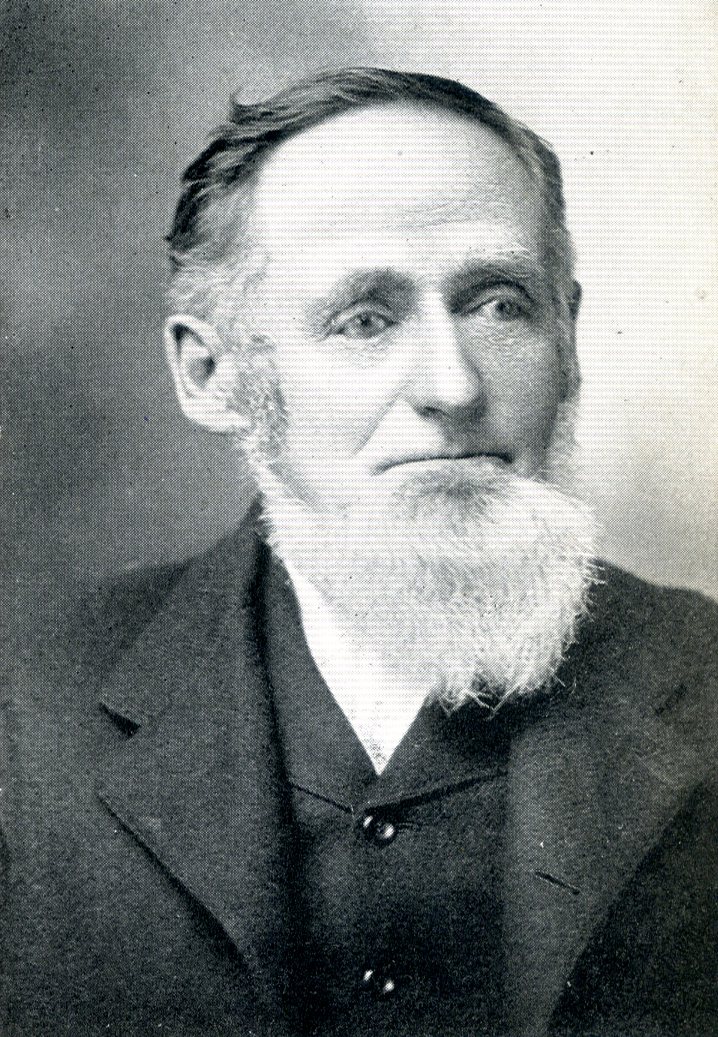 SERGEANT CHARLES ROSWELL WHITE volunteered from the town of Calais, Vt., August 19th, 1862, hut was born in Wheelock, Vt., June 21st, 1832; enrolled in Company H at the age of 30 and at this time was a rugged, vigorous young man, well adapted to the life of a soldier. His occupation at enlistment was a carpenter and farmer and an intelligent well brought up person. Was appointed Sergeant and performed his duties with credit until taken sick and sent to the hospital. Was discharged February 3rd, 1863 by reason of disability. All of his company regretted his departure, but not one so much as himself. Returned home but never fully recovered. His occupation has been since the war carpenter and bridge builder. Has ever been an industrious, reliable and useful citizen. His present residence is Morrisville, Vt., Name of his wife, Harriet A. (McNight) White, died May 17th, 1901. Names of children, George E. White, Wolcott, Vt.; Mrs. W. N. Silloway, Morrisville, Vt. ; W. L. White, Hardwick, Vt. (See page 318 for picture of comrade Sergeant White.)