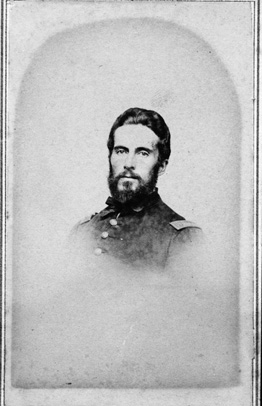 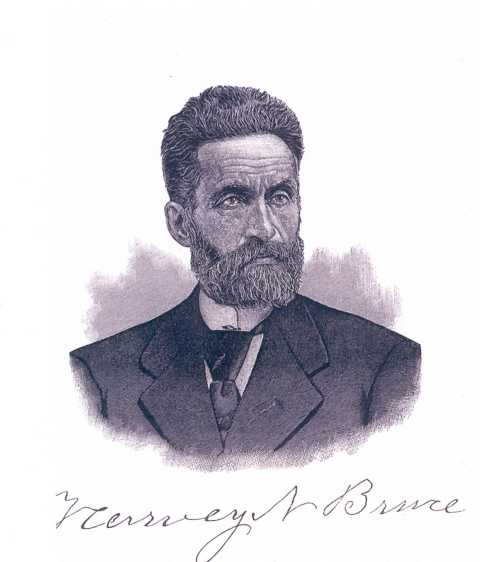 In 1863 and 1864 he served as a representative from Pomfret, VT in the Legislature. He was sitting in that body at the time of the "St Albans raid" and was elected 1st lieutenant of the company that was raised to go to its relief.

He was a justice of peace, selectman, and superintendent of schools in Pomfret, Vermont. He was a Commander of the G.A.R. Sheridan Post in Woodstock, Vermont, and the George J. Stannard Post, in Vermont City, South Dakota and New England City, North Dakota. While traveling to the Northwest to select sites for a colony of old soldiers where they could get their government land and found a town, he, as manager and with others on the committee, the two previously mentioned towns.

In December, 1879, Harvey applied for a military pension (certificate #307,423). In 1880, he was living in Barnard, Windsor County, Vermont, with his wife Abbie (Crowell) Bruce, two daughters and his father-in-law. Harvey died November 30, 1903, and is buried in Riverside Cemetery, Woodstock, Vermont. His widow subsequently applied for a widow's pension, December 23, 1908 (certificate #594,313).

Funeral services for the late Captain Harvey N. Bruce were held in South Pomfret, Thursday morning last week, Rev. H. L. Canfield of Woodstock officiating. The deceased was born in Pomfret in1836, prepared for college at the old academy in South Woodstock, and studied surveying with Hosea Doton. At the outbreak of the civil war, he was a member of the Woodstock Light Infantry, and with his company went to the front for three months with the 1st Vermont Vols. He re-enlisted in 1862 as a private in Co. G, 16th Vt. Vols., and soon afterwards was chosen captain of his company, and was mustered out of service in August, 1863. He was wounded after the battle of Gettysburg, being struck in the breast by a piece of a shell. He was elected to the general assembly in the fall of 1863 and again in 1864, and while in Montpelier was chosen lieutenant of a company organized to go to the relief of St. Albans at the time of the raid by confederate soldiers and southern sympathizers from Canada. He was twice married, and is survived by a daughter by his first wife, Mrs. H. V. Wakefield of Lyndonville, and by his second wife. - Several years ago he was interested in establishing a Vermont colony in the northwest, and the founding of Vermont City, S. D., and New England City, N. D., followed. Captain Bruce was deeply interested in the G. A. R. and had been commander of the Post at Woodstock, and of a Post in Vermont City. A number of his comrades were present at the funeral, and by them his body was laid to rest in Riverside cemetery in Woodstock.