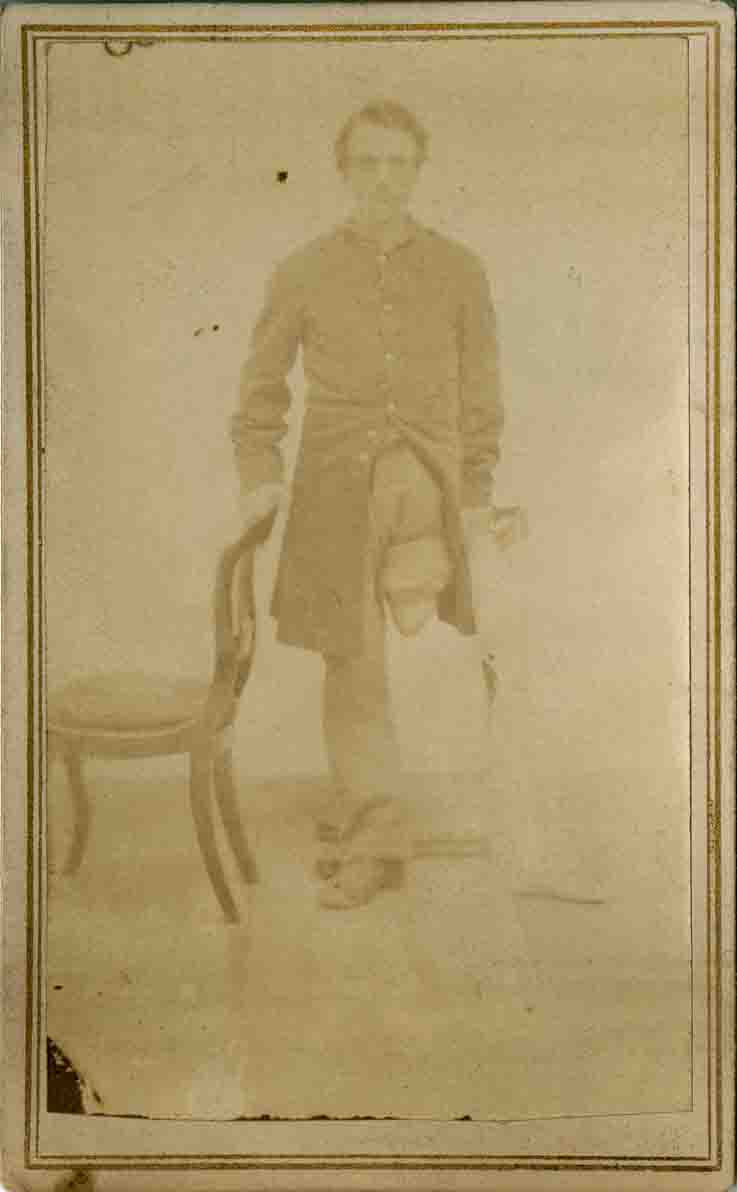 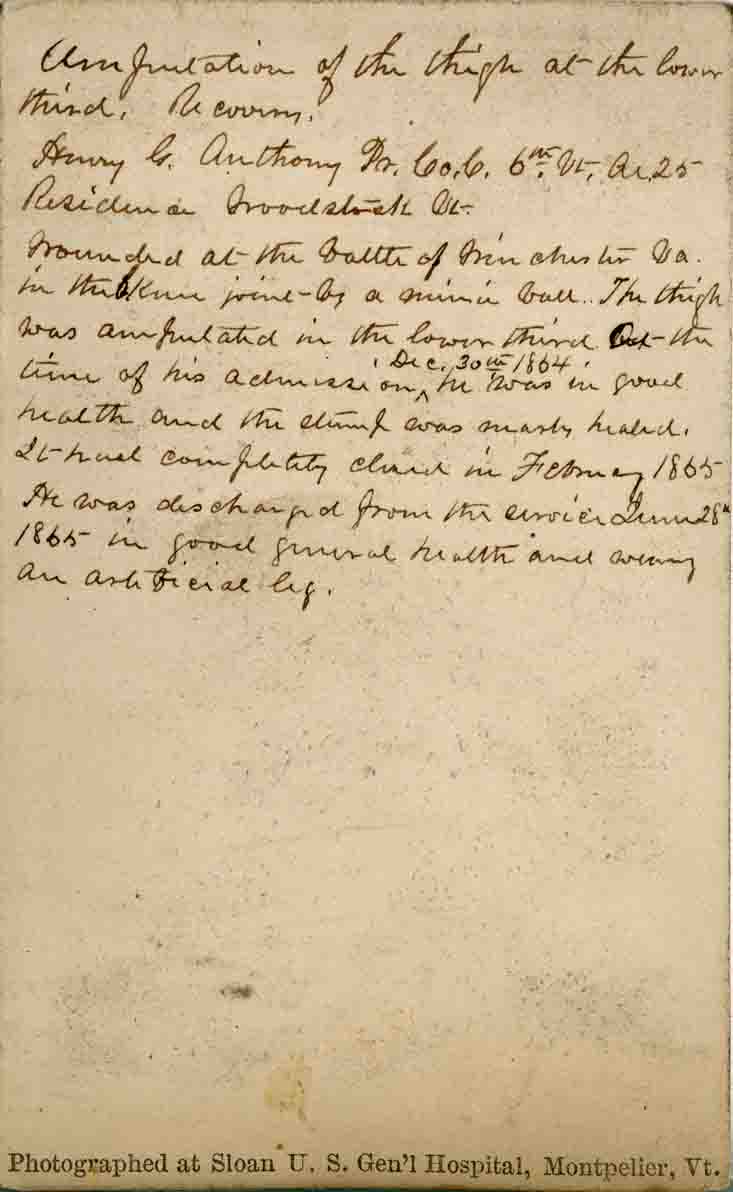 He enlisted in the Civil war from Woodstock, Sept. 24, 1861; was wounded on skirmish lie near Fredericksburg; was taken to hospital in Washington, June 6, 1863, was discharged and came home, Sept. 2, 1864, he re-enlisted in Co. C, 6th Regt. Sept. 19, 1864, he was wounded again in same leg as before, this time so badly the limb was amputated above the knee, and he was taken to hospital in Philadelphia. Christmas of that year he was mustered out.

Mr. Anthony's grandparents, Samuel and Elvira Rockwell Anthony, were former residents of Pittsfield. They were highly respected, God-fearing people. They went with a large family of children to Grand de Tour, Ill., in the late thirties. There they entered earnestly into the religious, temperance and abolition work. They were people Pittsfield had reason to be proud of; proud that she could send such an influence for good to bless that western country.