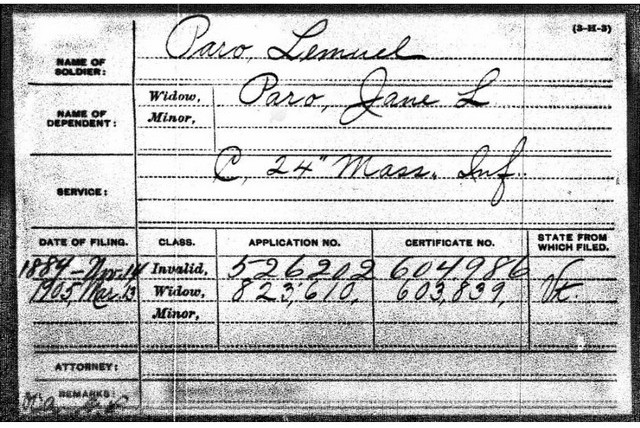 L. P. Perry was working at the lumber mill of Johnson & Nash while logs were being drawn into the mill. These caught a plank, which hit Mr. Perry, knocking him backward upon the large circular saw. This was revolving at full speed and cut a terrible gash in his back about fourteen inches long and 5 inches deep on the right side, cutting a piece from the shoulder blade, three ribs from the spine and lacerating the lung.

He was removed to his home and physicians immediately summoned, but in spite of all that medical skill and loving care could do he died about midnight.

Mr. Perry would have been 56 years old had he lived until the next day. He was a devoted husband, a loving father, a kind neighbor and an upright business man. Hosts of friends mourn his untimely end, while his family is prostrated by the great sorrow.

He is survived by a wife and three children, Charles Perry, who resides in Lebanon, N.H., and who was unable to reach home until after the death of his father, and Miss Linnie Perry and Leon Perry, who reside at home.

Funeral services were held in the Baptist church Sunday afternoon at 2 o'clock and the church was filled to overflowing. Rev. P. D. Root officiated, assisted by Rev. L. L. Chase. There was a profusion of beautiful flowers. The remains were placed in the receiving vault.

If any reader of this paper has ever known Lemuel Perry or Paro, during any period from 1866 to 1870, he will confer a favor upon his widow (who seeks pension) by notifying the undersigned.