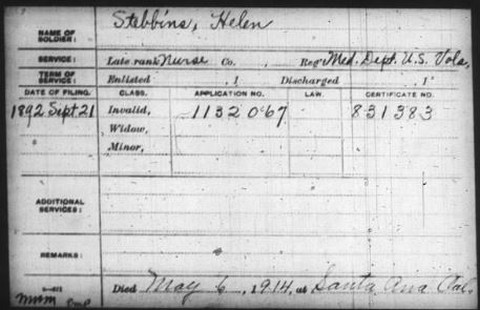 The Civil War was a family affair for the Stebbins family of Vermont. John A. Stebbins, born in Westfield, VT, enlisted in Co. I, 2nd Vermont Infantry, on July 25, 1861. Records indicate that he had been sick at Point Lookout Hospital in Maryland since August 10, 1862. He was discharged on October 5, 1862 from Point Lookout due to his illness.

Family genealogy indicates that John's mother Eunice, widowed at a young age, left Vermont and traveled to Maryland to care for her son. Unfortunately, John did not survive. He passed away in 1863 and was buried at Loudon Park Cemetery in Baltimore, Maryland.

The Stebbins women then turned to helping others. Eunice and two of John's siblings, Helen and Julia, became Nurses, caring for wounded soldiers at Jarvis Hospital in Baltimore. Details regarding how long they served have not yet been found, but the Hospital closed at the end of the War, and the trio was living in Osage, Iowa at the time of the 1880 Census. Mother, Eunice, passed away in 1884 and was buried at Osage Cemetery. Helen and Julia headed West and settled in Santa Ana, California where they spent their remaining years. Both sisters filed for pension benefits on September 21, 1892. (Nurses were not granted the right to receive pension benefits until August 16, 1892.) Helen died in 1914 followed by Julia in 1918, and both were buried at Fairhaven Memorial Park in Santa, Ana.

John A. Stebbins, son of Osmyn Loren Stebbins, was in the 2nd Vermont Regiment during the civil war. After the battle of Malvern Hill he was sent to Point Lookout Hospital. He was discharged from there as incurable, and died in Baltimore, Md., April 14, 1863, from disease contracted while in the service. His mother left her home in Vermont and went to Baltimore to nurse her son. After his death she and her daughters, Helen and Julia, were enrolled as nurses at Jarvis Hospital, Baltimore, and remained there until the close of the war. 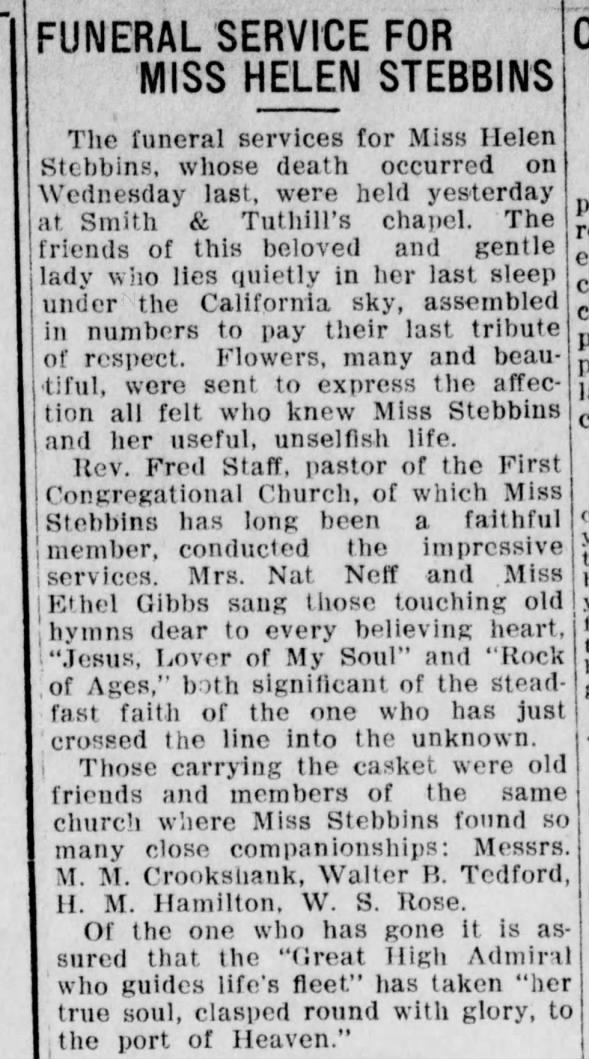 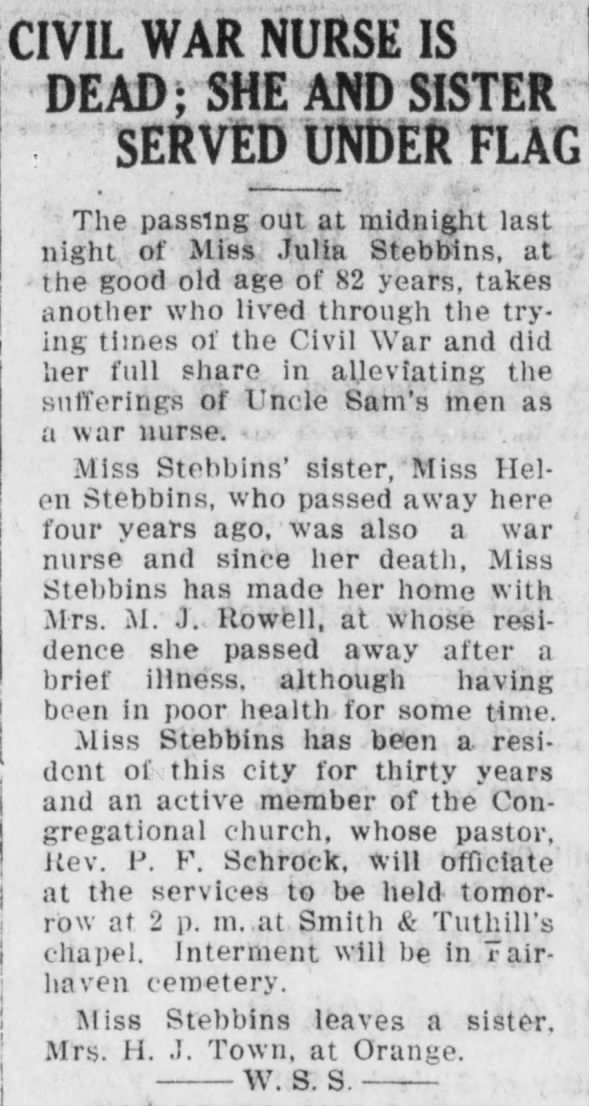