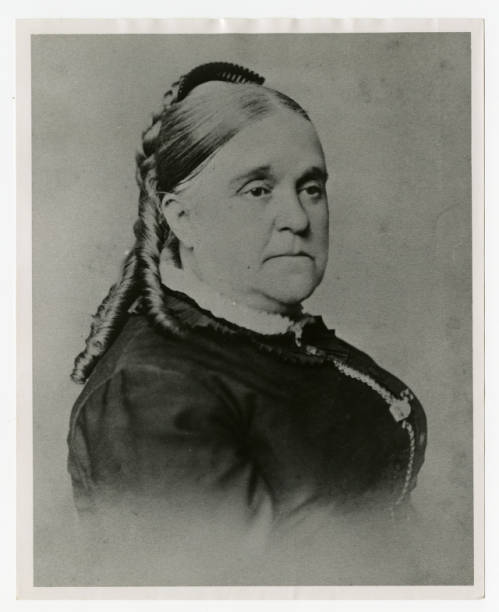 This photograph is available under the Creative Commons license on Wikipedia. 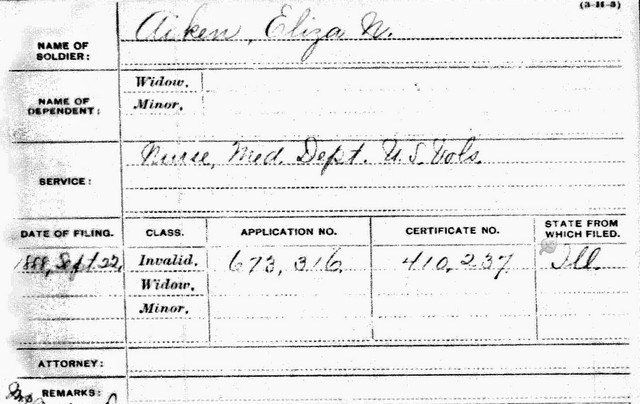 Had Relatives in Proctorsville and Cavendish.

The Tribune's correspondent in Proctorsville writes as follows:

News has been received here by relatives, of the death, at her home in Chicago, of Mrs. Eliza N. Aiken, familiarly known as "Aunt Lizzie," who served as a nurse during the entire war. She was born in Auburn, N.Y., March 24, 1817, and went West with her husband in 1837, settling at Rock River. The following is taken from the Chicago Record-Herald: "Aunt Lizzie Aiken was one of the most famous nurses in the federal army, and her patriotic, high-souled devotion to her arduous duties is almost without parallel among her sex. She served through all the terrible years of strife in the hospitals of Paducah and Memphis, with hardly a break in the continuity of her work, never failing, never flagging, never discouraged. Beginning in the early days of '61 without special training, she became so proficient that she saved more lives than the surgeons, and was able to take up even the duties of the physician when the emergency arose. At the close of the war when her services were no longer required as nurse, her philanthropic work continued, however, and was in charge of the Refuge conducted by the Young Men's Christian Association. In 1867 she joined the Second Baptist church, working as a missionary almost to the day of her death."

She is survived by two sisters, one in Kansas, and Mrs. Jennie Archer of this place, and one brother, Joseph Atherton of Cavendish.

Additional information may be found in the Conressional Record - House May 26, 1964 page 11976