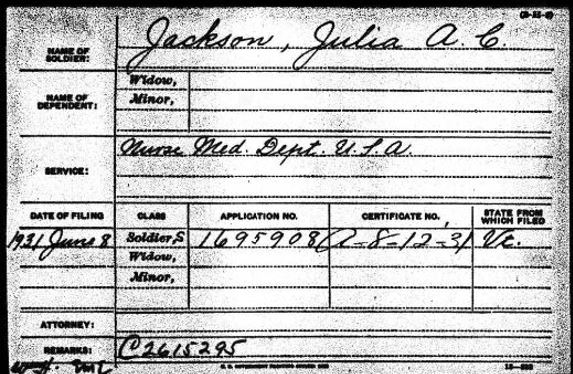 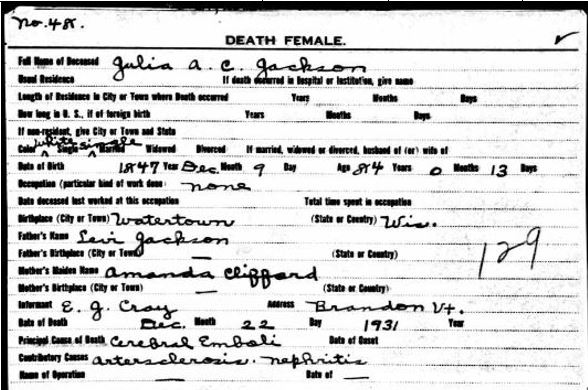 WRITES OBITUARY AND PASSES ON.

Before she was stricken Miss Jackson wrote her own obituary, requesting that it be published as written. It follows:

"She was born in Watertown, Wis.

"Her parents were Levi F. Jackson and his wife, Amanda E. Clifford.

"She was niece and adopted daughter of John Adams Conant and his wife, Caroline Dephne Holton of Brandon, Vt.

"She was a graduate of the New York Hospital Nursing school;charter member of the Lake Dunmore chapter, D.A.R., and served in the Spanish war.

"May her soul rest in peace."