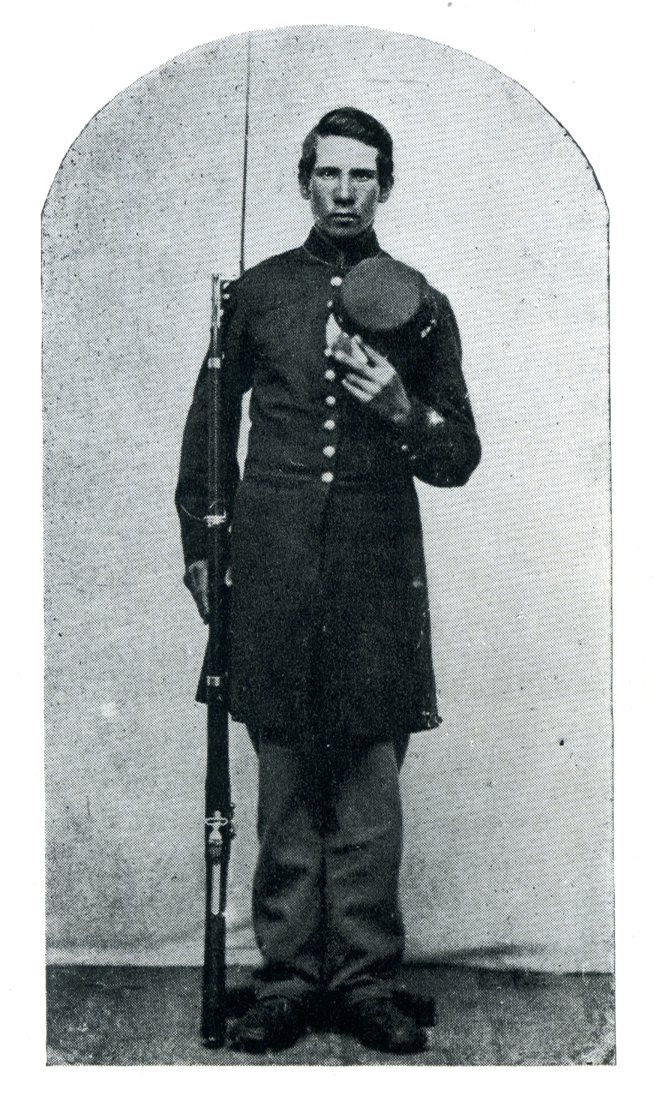 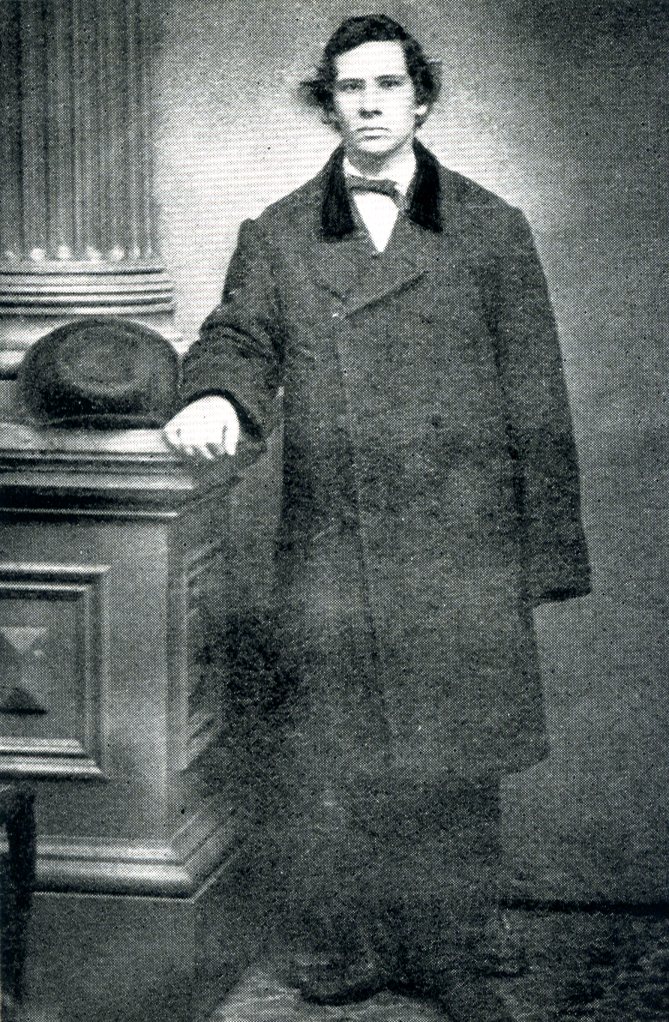 WILLIAM BLAIR was the youngest recruit that volunteered into the East Montpelier Company, being only just 17 at the date of enlistment, as appears on the printed reports of P. T. Wash- burn, Adjutant and Assistant General of Vermont. Others may have been younger for as a matter of fact some of the young fellows thought that unless they gave their ages 18, would not be accepted, and such were anxious to join Uncle Sam's army and fight for the Union. Young Blair was an enthusiastic boy, on hand at all times, night or day, march, camp guard, police duty, drill, on the picket line, any duty he responded to cheerfully and did his best every time. Served his full term and was discharged at Brattleboro, Vt., July 21, 1863.. He made a good record, never disgraced his uniform or failed of duty. He was one of the youthful heroes that stood in the line of battle and with manly courage faced the belching cannon in that sanguinary struggle for right and victory, of such were the gallant volunteers of Colonel Randall's Green Mountain Boys. Our dear comrade answered the final call January 7, 1873, and is buried in the Catholic cemetery at Montpelier, Vt. On pages 192 and 220 of this book will be seen the pictures of William Blair.