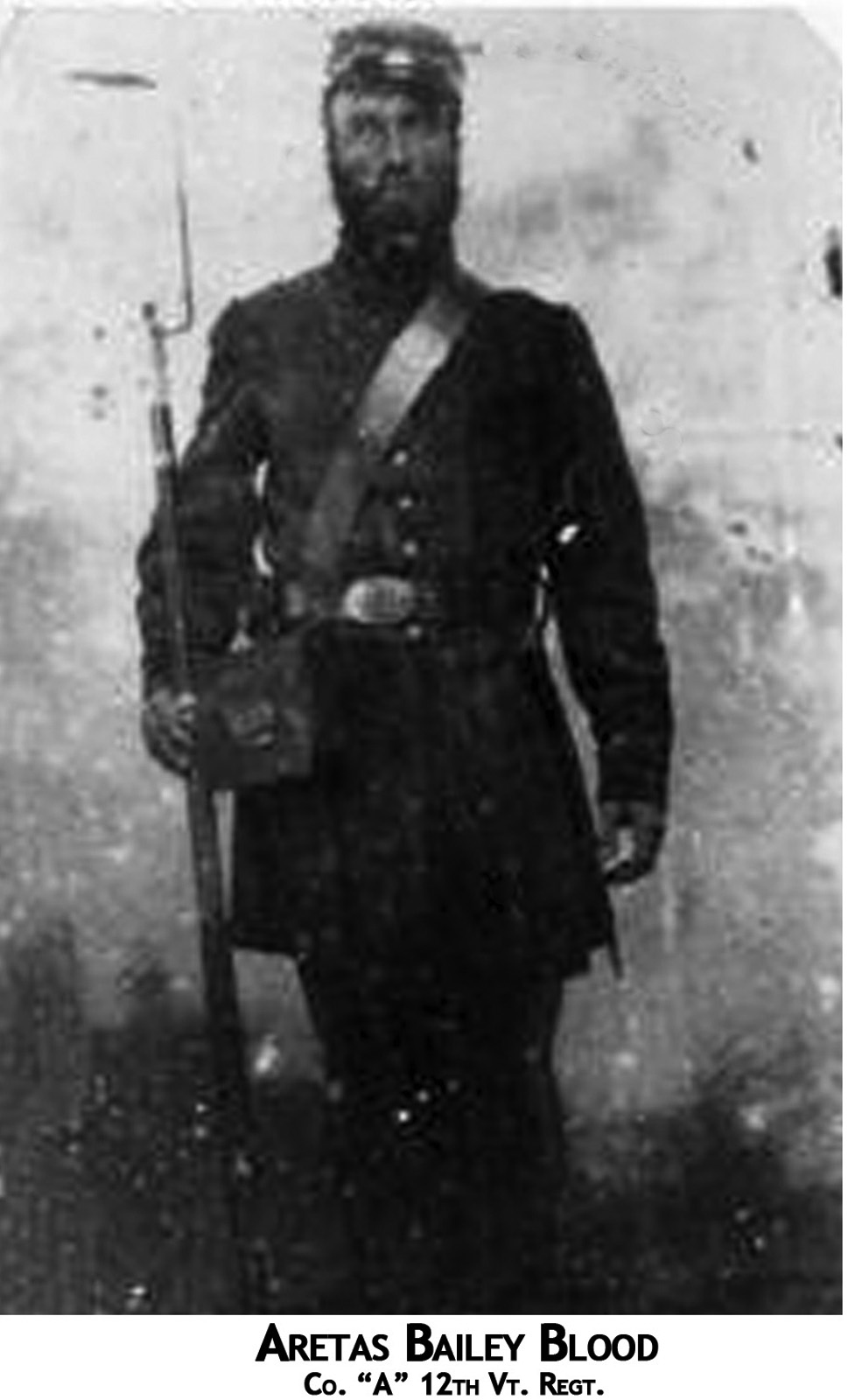 In a directory of the town in 1884, Aretas was farming 173 acres of land, breeding Merino sheep. He had a sugar orchard of 600 trees. In the same year it was mentioned that an elm tree standing near the house had a circumference of 18 feet, 2 inches. This elm was planted by a brother of Aretas' grandfather, John Blood when he moved to the area. Many of these ancient and beautiful Vermont elm trees were destroyed by disease, but one can only imagine how beautiful they were, gracing the by-ways of the old dirt roads through the towns and villages of Vermont before the turn of the century.

Aretas was a Civil War soldier, serving in Co. "A", 12th Reg't Vt. Vols. He enlisted 19 Aug., 1862. He was mustered in on 4 Oct., 1862 and discharged 31 Jan., 1863. Family records say that he was discharged because he suffered with severe migraine headaches. His wife Nancy probably never weighed over one hundred pounds in her life, only when she was carrying her children, according to her granddaughter, yet she lugged all her own water for household chores from a well 'across the yard from the house.' Aretas and Nancy had 13 children. Certainly this side of the Blood family produced many descendants.

Nancy d. at Walpole, Massachusetts, 15 Nov., 1899. They were both buried in the Sheddsville cemetery in West Windsor, Vt.

A. B. Blood, a life-lng resident, died quite suddenly on February 11. He had had the grip, followed with pneumonia, but was thought to be improving. His funeral was largely attended last Sunday,Rev. C.f.Partridge officiating. His six sons acted as bearers.