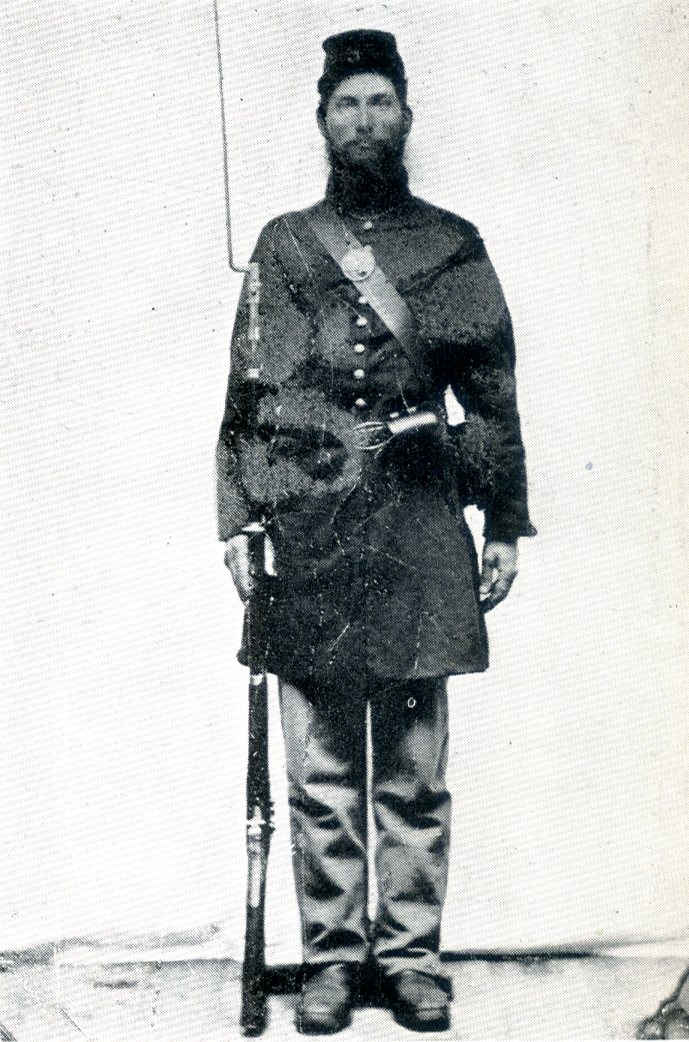 I enlisted from Moretown, Vt., August 1862 in Co. B, 13th Vt. Vol. Discharged July, 1863. Occupation at time of enlistment, farmer. Occupation since, various. Twelve years mechanic; twelve years postmaster at St. Johnsbury, Vt; nine years hardware merchant; since, mechanic. Have lived in St. Johnsbury, Vt. I know of no members of my regiment living in this vicinity. I have no pictures of anything.

I was brought up as an ardent hater of slavery in every form, and consequently took great interest in the great political contest raging in the fifties. As I was the only son I was kept at home to help on the farm. I was wounded on the 3rd of July at Gettys- burg by a piece of shell, but did not leave the field or ranks. I was able to be in at the finish when Pickett's charge was encountered and hope I did my little to smash the attacking column. Was badly used up by my wound and the hard subsequent service, but stuck to my regiment until we arrived at Brattleboro where I went to the hospital but was mustered out with the regiment. This in brief covers my experience in the Civil War. Disabilities caused by disease prevented my re-enlistment. For two years I was disabled from performing manual labor. Since then I have enjoyed fair health, with only occasional returns of disease contracted.