Alias?: None noted
Pension?: Yes, 11/30/1864; widow Sarah A., 1/23/1903. VT
Portrait?: Unknown
College?: Not Found
Veterans Home?: Not Found
(If there are state digraphs above, this soldier spent some time in a state or national soldiers' home in that state after the war)


Note: The 11th Vermont Infantry was also known as the 1st Vermont Heavy Artillery; the names were used interchangably for most of its career 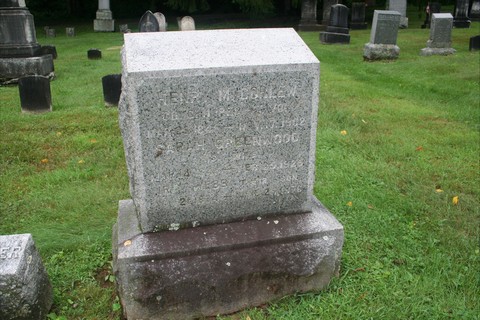 Henry M. Corlew, a highly respected resident and veteran of the civil war, died Monday from bright's disease, complicated with an affection of the heart.