Alias?: None noted
Pension?: Yes, 3/8/1893, VT
Portrait?: Unknown
College?: Not Found
Veterans Home?: Not Found
(If there are state digraphs above, this soldier spent some time in a state or national soldiers' home in that state after the war) 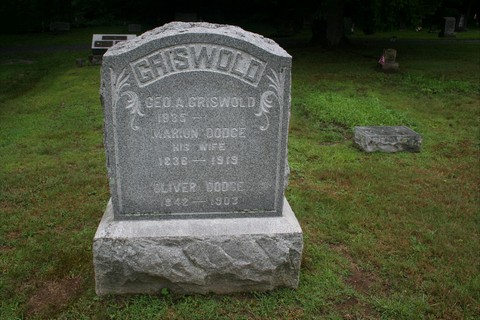 Oliver Dodge died at the home of Mr. And Mrs. C. H Scott Friday evening, Dec. 26. A little more than two weeks ago he was taken with a severe attack of grip. Mr. Dodge had been employed in the scythe stick business for several years and had been at work here about seven years previous to his death. He was a private in Co. I, 12th Regiment, Vermont Volunteers, Infantry, and a man whom everyone respected.