Alias?: None noted
Pension?: Yes, 2/25/1885
Portrait?: Unknown
College?: Not Found
Veterans Home?: Not Found
(If there are state digraphs above, this soldier spent some time in a state or national soldiers' home in that state after the war) 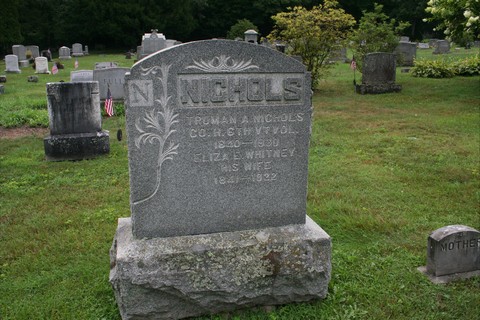 Relatives received news last week of the death of Truman Nichols at Bellows Falls. A few winters ago he lived with Mr. and Mrs. E. L. Marshall, who is a relative, also Mrs., Frank Smith. Mr. Nichols was a Civil War veteran.