Alias?: None noted
Pension?: Yes, 11/27/1889, VT
Portrait?: Unknown
College?: Not Found
Veterans Home?: Not Found
(If there are state digraphs above, this soldier spent some time in a state or national soldiers' home in that state after the war) 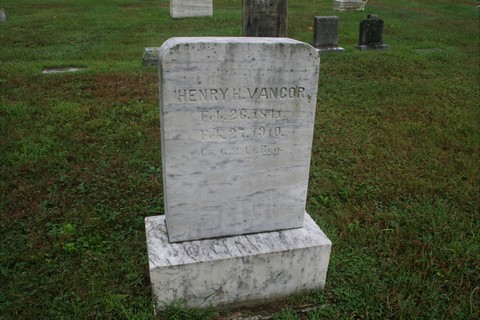 Henry Vancor, 63, died Sunday night after along illness with cancer of the stomach. He was a veteran of the Civil war, a good citizen and a kind neighbor. He leaves a wife, a son, Percy Vancor of Bellows Falls, a daughter, Mrs. Carl Weatherby of East Templeton, Mass., and a daughter, in Rutland. The funeral was held Wednesday afternoon in the church. The body was placed in the tomb in Saxtons River, awaiting burial beside a former wife.