Alias?: None noted
Pension?: Yes, 7/25/1890, VT
Portrait?: Unknown
College?: Not Found
Veterans Home?: VT
(If there are state digraphs above, this soldier spent some time in a state or national soldiers' home in that state after the war) 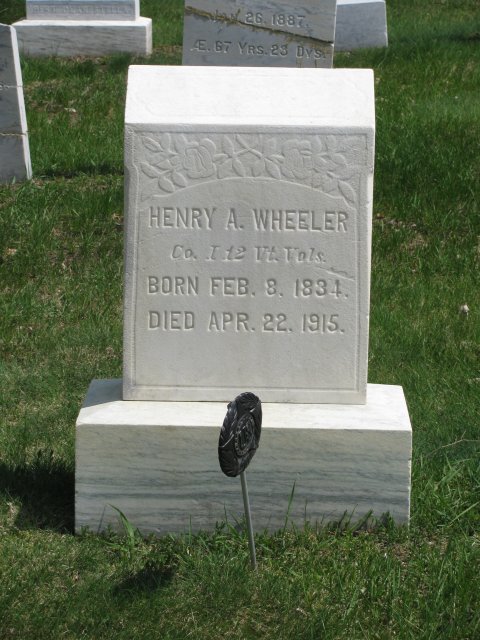 Henry A, Wheeler, a member of Co. I, 12th Vermont volunteers during the civil war, died at the soldiers' home here Thursday night. He was born at Bellows Falls February 8, 1834, and was admitted to the home March 20, 1914. The remains were taken to Bellows Falls this morning.