Alias?: None noted
Pension?: Yes, 6/30/1880; widow Venah E., 11/22/1910, VT, not approved
Portrait?: Gibson Collection, VHS Collections
College?: Not Found
Veterans Home?: Not Found
(If there are state digraphs above, this soldier spent some time in a state or national soldiers' home in that state after the war) 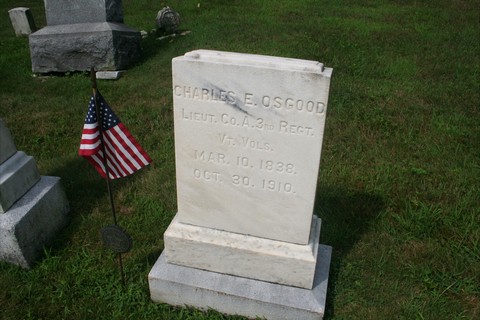 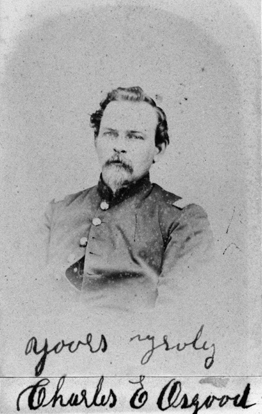 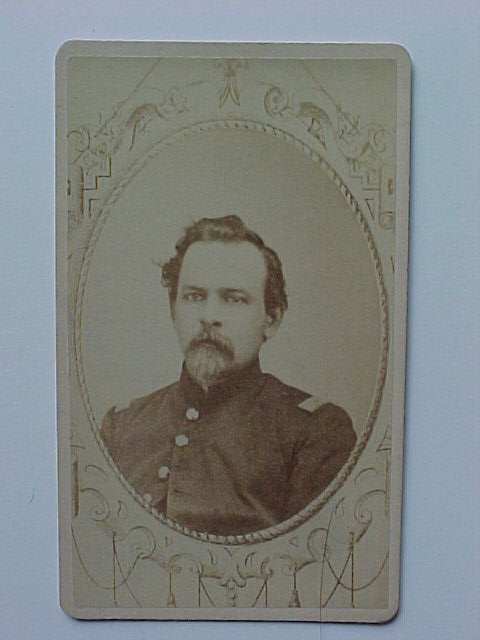 Charles E. Osgood sustained a shock Oct. 28 from which he never rallied, his death occurring Sunday evening Oct. 30. He was the third son of Ezekiel and Rachel (Thompson) Osgood and was born in Swanzey, N. H., in 1838. His family moved to this place when he was only four or five years old occupying the old hotel, and with the exception of a few years when he lived in Cambridge, Mass., his life was spent in Saxtons River. He enlisted in Company A, Third Vermont infantry, June 1, 1861. He was promoted to first sergeant and on July 21, 1862 commissioned second lieutenant. He participated in numerous battles, including Antietam, Gettysburg, Fredericksburg and Wilderness. In the battle of the Wilderness he was slightly wounded, and he was honorably discharged July 27, 1864. His first wife was Miss Emma Earle. He was a carpenter by trade and was road commissioner 19 years. His health began to fail in the fall of 1903. In May, 1909, he married Miss Vena Davis, who survives. Since that time he had been confined to the house and most of the time was almost helpless. The funeral was held at 2 p. m. Wednesday in his home on Academy avenue, Rev. E. A. Mason and Rev. G. F. Chapin officiating. There were many beautiful flowers. Beautiful pieces were sent by the Grand Army and the Masonic lodge of which he was a member. The Free Masons acted as bearers and members of the Grand Army as escort to the grave, where the latter gave their burial service.